5G is touted as a technology to change the rules of the game, which can significantly improve the speed and coverage of wireless networks. It is 10 to 100 times faster than the current typical 4G cellular connection. andcellphoneThe time consumed between Ping network and response is lower than that provided by Wi-Fi.

The A905G, which is already listed in South Korea and will be listed in Europe in October, is sure to attract consumers who are interested in 5G but don't want to spend too much on their phones. Although the 2 million sales sound large, it accounts for only a small proportion of Samsung smartphone sales. Samsung shipped 76.3 million smartphones in the second quarter alone, according to Strategy Analytics. Samsung itself said it was the world's largest handset maker with a 22 per cent market share. 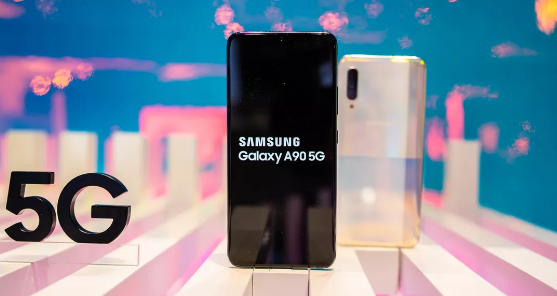 Related news
5-(5-G) chip
Finland ELISA opens one of the largest 5g networks in Europe in Helsinki, and Huawei provides 5g equipment
Fierce battle in 5g mobile phone market, the world's top five 5g chip manufacturers launched in an all-round way!
Supply chain favors 5g development in China: Huawei is expected to sell 100 million 5g mobile phones next year
"Can't afford" domestic 5g flagship mobile phone
Reuters: Samsung's S20 sales fell by 30% under the epidemic, and the 5g first mover advantage in South Korea is not guaranteed
Hot news this week
Wechat has not done this function for N years! Use this app to make up for the defects of wechat
IPhone 12: it's more like throwing away the charger
Gree's response to "being disqualified from winning the bid": a mistake made by the bidder in sorting out the materials
NASA's face touching Necklace: vibration warning to prevent the spread of new coronavirus
Microsoft official free data recovery tool windows file recovery experience
Apple wants to know: what do you do with the charging head of the old iPhone?
Amazon cancels disposable plastic products in India
Luo Yonghao comments on ideal one: Tesla Model 3 is not a car of a level at all
Tencent magic change Yang surpasses video self mockery: I'm a simple and honest fake spicy sauce lost 16 million
A 400-brand evacuation Facebook： the internet giant strangled?
The most popular news this week
Tesla's autopilot suddenly accelerates into a truck! Car owner picks up a life recorder video exposure
Small power technology to be listed on the gem: Tencent shares about 10% or become the first share of shared powerbank
WeChat announces 20 million official account "to be successful"
A new version of the Windows 10 experience with a new start menu and a redrawing icon refresh the system
how to enable Windows 10 brand new start menu?
Tencent PK old Ganma: the storm is suspended, the question remains
Windows 10 new start menu design more information exposure
Behind Intel's "out of stock" wave: is it really a false alarm?
The new work movie starring Zhen Zidan will start shooting: game adaptation and customization of "hot blooded scoundrel"
Facebook boycotts extended suspension of advertising by Canadian banks