China will launch a small polar observation satellite to cover the North and South Poles in five days. 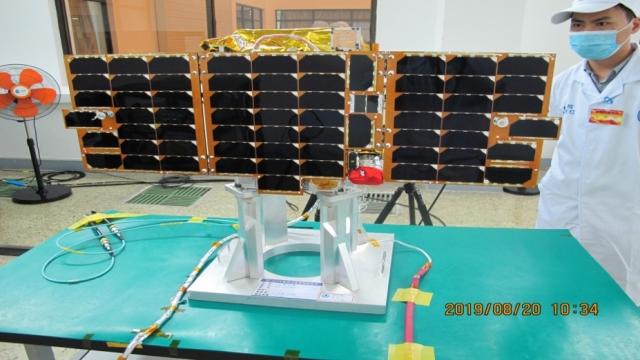 The satellite is debugged and tested before launch at the launch site, and all the indexes are normal. Pictures provided by interviewees

In addition, the satellite is equipped with automatic ship identification system, which combines satellite remote sensing with ship navigation to make risk assessment for polar ships to plan navigation routes.

Cheng Xiao, chief scientist of the project, said that the satellite development took 16 months and the design mission life was 1-2 years. Satellite data will also be used to study global climate and environmental changes and to develop Arctic waterways.

In the past, Chinese scientists mainly collected polar data and carried out scientific research by means of sea-land joint sampling such as "ship scientific research station". However, the natural environment in polar regions is bad and many areas are out of reach. The use of remote sensing satellite technology will enable scientists to observe those areas that are difficult to go deep into and realize the joint sea, land and air research of "ship station stars".

In order to realize the timely transmission and distribution of satellite data, the satellite will rely on the satellite earth station of the Arctic high-latitude satellite for data reception, and the data shall be transmitted to the country in real time, and the data will be distributed after being processed by the ground processing system.

It is reported that the ice road satellite ground application system was developed by Changguang Satellite Technology Co., Ltd., a commercial remote sensing satellite company of China, and passed acceptance in Changchun on September 4 and officially went into operation.

"This satellite will make up for the shortage of polar observation data in China and reduce the dependence on other countries'technology," Cheng Xiao said.

These satellites will also monitor the middle and low latitudes and play a key role in the future study of the "third pole" Qinghai-Tibet Plateau.