IT House, Sept. 7, the list of top 100 retailers in China in 2018 was released at the 19th Asia-Pacific Retail Congress and International Consumer goods Fair in Chongqing on September 7, Xinhua reported.

The list shows that 7 enterprises have a sales scale of over 100 billion yuan, in turn, it is Tmall, Jingdong, spell high, Suning is easy to buy, big business group, Guomei electric appliance, CR Vanguard. In addition, the sales of 67 enterprises have entered the 100 million team, and the threshold for retail can be RMB 4.5 billion, which is more than 0.2 billion yuan higher than in 2017.

In the list, Tmall and Jingdong, with the sales scale of 2.45 trillion yuan and 1.68 trillion yuan, respectively, led to the retail price.

The released data show that in 2018, China's consumer goods market continued to maintain a steady growth trend of quality improvement. The total retail sales of consumer goods in the whole year was 38.1 trillion yuan, an increase of 9.0% compared with the previous year. Although the growth rate fell by 1.2 percentage points, the absolute increase reached 320 billion yuan. Consumption contributes 76.2% to China's GDP growth, and its contribution to economic growth is further consolidated and strengthened. 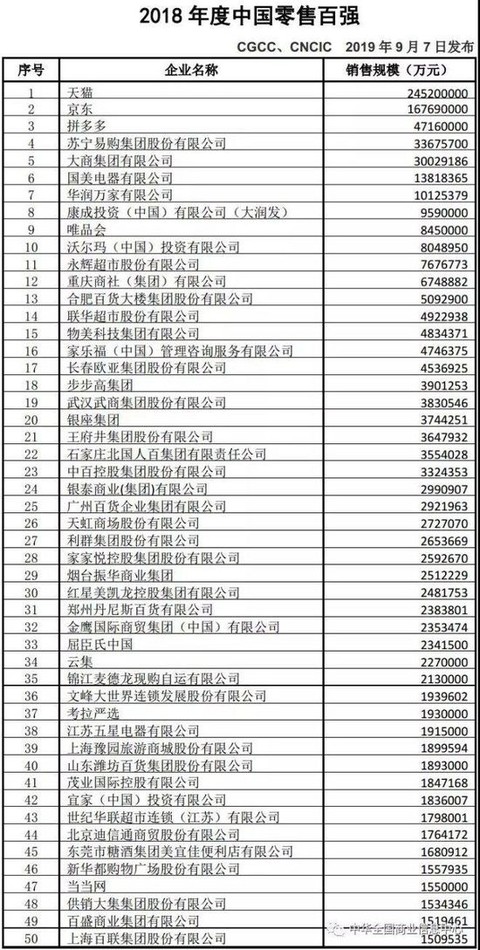 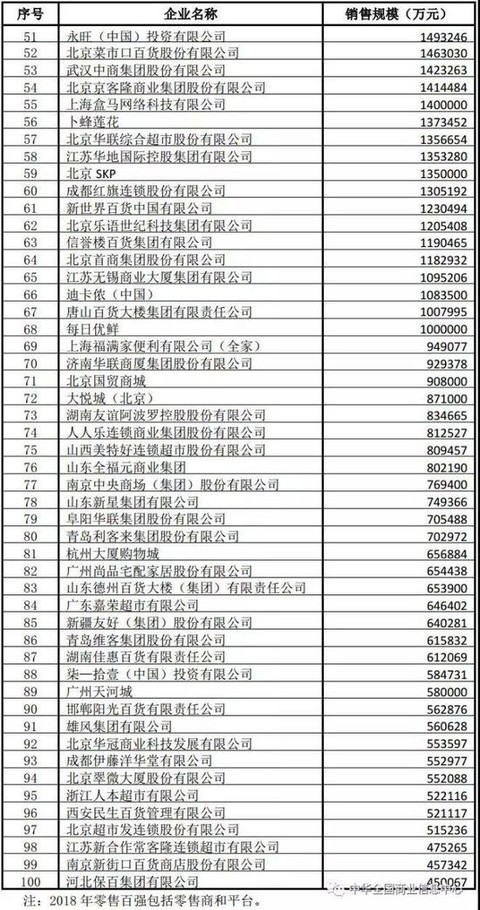