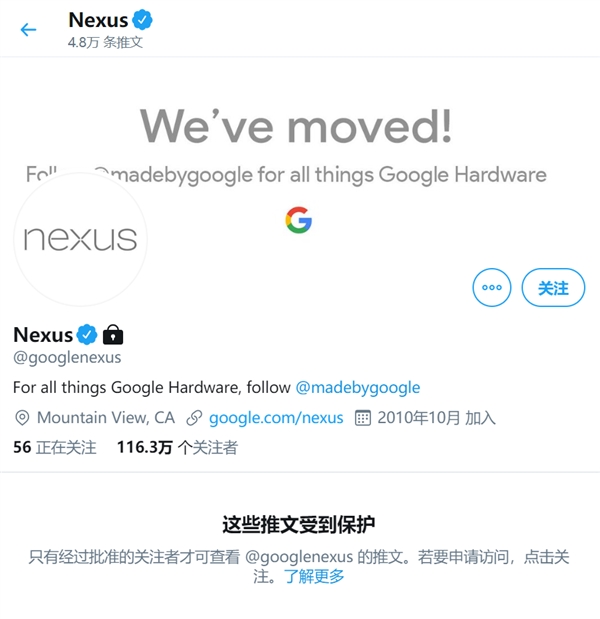 Data show that in Nexus One intelligenceMobile phoneA few months after the release,Google's Nexus Twitter account, which dates back to October 2010, has accumulated about 1.2 million followers.

The account grew along with the Nexus family of products, during which Google launched a range of classic products such as the Nexus 5, the Galaxy Nexus,Nexus 7 tablet.

In 2016, with the advent of the Pixel series, Google's Nexus series of mobile phones also ended. Official tweets later announced that they would continue to provide software update support for the Nexus series and thanked Nexus users for their all-way support.

With the launch of the Pixel series of phones, Google Nexus's official Twitter content gradually revolves around software features.

At the end of 2017, with the launch of the Pixel 2 series, Google Nexus launched its last tweet.It is mentioned that Nexus users enjoy preferential discounts on Pixel 2 phones.