What improvements have Samsung's foldable mobile phone made after four months'delay 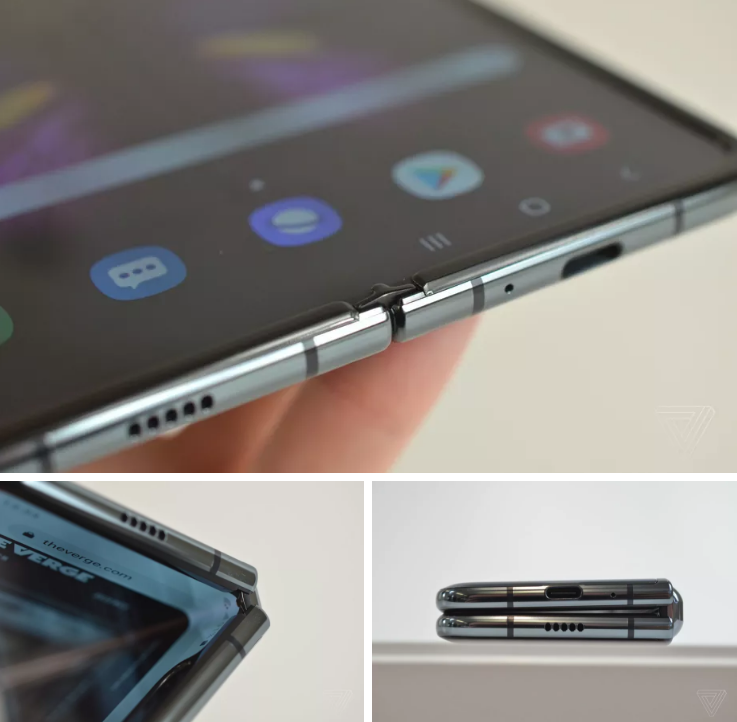 Netease Technologies News, Sept. 8, according to foreign media reports, Samsung's first foldable mobile phone, Galaxy Fold, finally returned to people's attention after four months of delays due to a number of problems and was launched in South Korea on Friday. How has Samsung improved the phone in the past few months?

In April, Samsung offered Galaxy Fold to technicians and technology media for evaluation, but things didn't seem to be going smoothly. Evaluators found that there were many problems with the mobile phone, such as protrusions, creases on the screen, damage to the screen after stripping the protective film, and so on.

After months of delays, Samsung now returns to Berlin IFA with a more robust upgraded version of Galaxy Fold and improvements in hinges and screens. Next, let's see what has happened to the device in the past few months.

We need to look carefully at the upgraded Galaxy Fold to find improvements, which differ in many ways. The biggest improvement is that Samsung now extends the protective film on the screen to the edge of the mobile phone so that it can no longer be peeled off. Despite the need for comprehensive testing, Samsung is confident that it has solved this particular problem.

Most of the other changes are related to hinges. It feels stronger than ever, and the gap between the hinges and the screen almost disappears. Even when the device is closed, the gap will only change slightly, so that the debris near the hinge or screen will be reduced, which helps to prevent screen damage.

Visually, another big change in Galaxy Fold is that there are plastic caps at the bottom and top of the screen, which can further prevent debris from entering the bottom of the screen. These protective caps are immediately visible when you turn on the device, but they should help prevent dust from entering the hinges and causing problems. Due to limited testing, it is still difficult to confirm whether Samsung has solved this problem.

Samsung also added a metal layer underneath the screen to make it stronger, especially when you touch the screen and interact with it. The change itself is not obvious, but when you combine it with the hinge improvements, Galaxy Fold looks more like a flawless device as a whole.

In addition to these hinges and screen improvements, Galaxy Fold's interior was essentially the same as when it was released in April: it had a Miaolong 855 processor, 12GB RAM and 512GB of storage.

Surprisingly, however, Samsung has made little improvement in software. Now, you can change the Android navigation bar to align it with the left, right or center of the screen, but there are few other new features.

Many people hope that Samsung will provide a smarter way to use a 7.3-inch large screen or a smaller 4.6-inch folding screen. Samsung's own Android software has a large number of multi-screen options, but Google, Samsung and developers still need to find the best way to adapt to Android to run better on these emerging dual-screen and foldable devices.

People will soon revisit the upgraded Galaxy Fold, but we're still excited about foldable dual-screen devices. As early as April this year, Samsung proved that the hardware development is still in its early stages, but it is exciting that Samsung is still pushing the device forward and trying to make foldable mobile phones a reality as soon as possible.

You can laugh at the huge border of the Galaxy Fold screen, which is made of plastic, or how thick the device is, but it represents technological progress. These devices are still in their early stages and may not be worth as much as $2,000. But if Samsung and other companies continue to develop, mobile phones that fold up and take in their pockets may become the mainstream in a few years. (Small)<#comment>