According to New Delhi, IndiatelevisionNDTV reported that the Indian Space Research Organization (ISRO) announced on 7 that it had lost contact with the Lunar Ship 2 lander. The organization tweeted: "The Lunar Ship 2 mission is a highly complex mission, which is a major technological leap compared with previous ISRO missions to explore the Antarctic Moon." 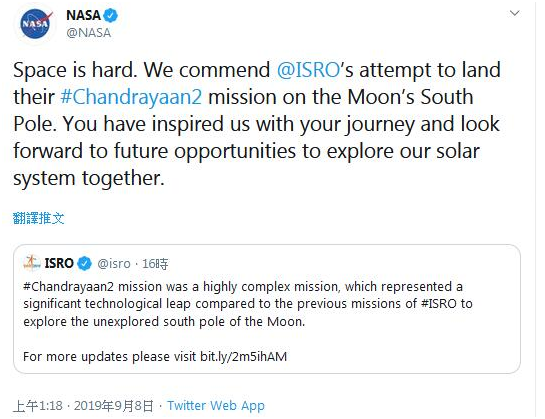 Since then, NASA retweeted the tweet, saying in a "comforting" tone that "space (exploration) is difficult. We appreciate ISRO's attempt to land on the South Pole of the Moon with Lunar ship 2, and your journey inspires us and looks forward to the opportunity to explore our solar system together in the future. " 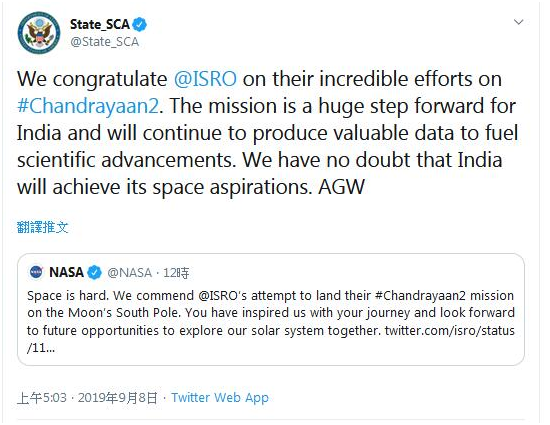 (SCA), the Bureau of South and Central Asia Affairs of the State Department, forwarded the above tweet to NASA, adding, "We congratulate ISRO on his incredible efforts on the Moon 2. The mission is a big step forward for India and will continue to provide valuable data to drive scientific progress. India will fulfill its space ambitions, and we have no doubt about it. "

At about 2:15 local time on the 7th (4:45 Beijing time on the 7th), the Indian Space Research Organization announced that the Indian Lunar 2 lander had lost its signal 2.1 kilometers from the moon's surface. It was originally planned to change the lander to "soft landing" near the moon's south pole in the early morning of the 7th. Lunar ship 2, India's second lunar probe, was launched on July 22. It weighs 3850 kilograms and includes three modules: orbiter, lander and lunar rover. It carries more than 10 research devices. 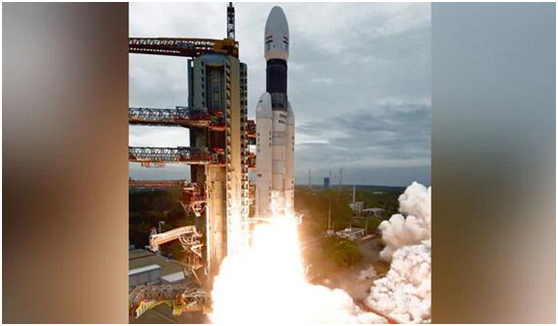 According to New Delhi TV, ISRO head Sivan (K Sivan) said on the 7th that scientists in the space department have not given up hope of getting in touch with the lander again, adding that efforts will continue in the next 14 days.

Indian Prime Minister Modi delivered a speech at ISRO on the same day. He told the team of scientists, "There are ups and downs in life, which is a great achievement. The country is proud of you." "What happens today will make us stronger and better."