Google's "Privacy Sandbox" solution for Chrome is an attempt to solve the dilemma.

There seems to be some contradiction in this. The improvement of the algorithm, the accurate push has always been inseparable from the collection of user data, user data is to cultivate personalized recommended soil, especially for Google. 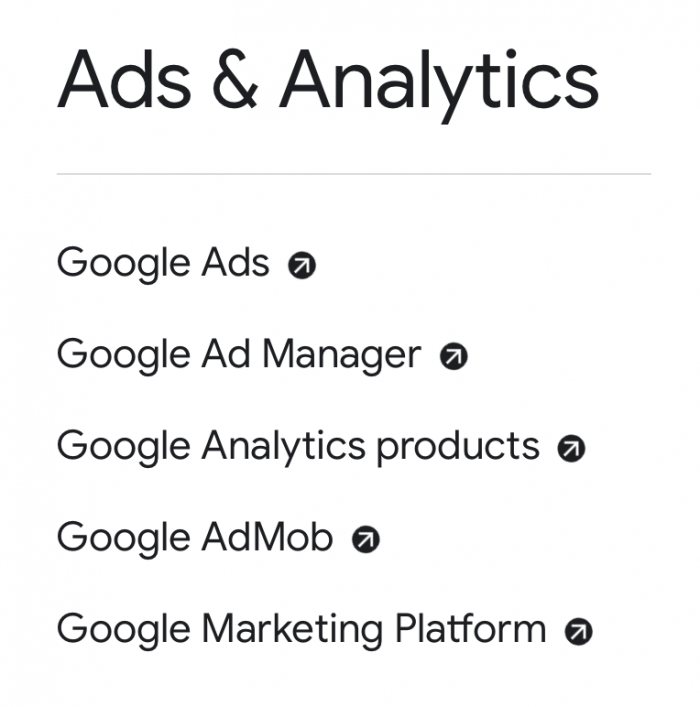 Google started with a search engine, and the Internet advertising model remains its core source of revenue, with 83 per cent of Google's revenue coming from advertising, totaling $33 billion, according to the company's results in the second quarter of 2019. With the increasing attention to data information and privacy security in recent years, Google is often pushed to the forefront of the storm, but it is almost impossible to cut down the advertising business. How to find a balance between advertisers and users. "Privacy sandboxie" is a result of Google's research on this issue a few months later.

According to Google, Chrome's team is exploring how to "blur" personal information by using differentially anonymous privacy technologies on browsers while advertising to a large number of similar people. This allows advertisers to reach the target population, and users don't have to worry too much about personal privacy being tracked.

"Our goal is to create a more user-friendly standard: a personalized but secure browsing environment that protects user privacy." Justin Schuh, director of Chrome Engineering, focused on security issues, wrote in a privacy sandbox blog article.

In this regard, Chrome put forward the concept of "privacy budget" (privacy budget), that is, websites can call API, to read user data, but can only read those who will not be determined to the individual user, can only determine the range of group preferences, in which case, each user is anonymous. If the site wants to be more accurate, browsers will intervene and prevent further calls to user data. Chrome will use "joint learning" (Federated Learning) and differential privacy (Differential Privacy) to improve privacy sandboxie.

However, Google is not just doing this for users. For advertisers, more and more applications and browsers are joining in blocking advertisements and preventing websites from tracking user cookies.appleSafari has intelligent anti-tracking technology, Firefox automatically defaults to anti-tracking.Microsoft 公司总部所在地：美国 主要业务：软件 Edge, developed with the Chromium kernel, will also prevent website tracking. According to a Google study, when browsers banned Web sites from tracking Cookies, advertisers'revenue fell 52%.

Privacy sandboxie aims to limit website tracking technology and the collection and sharing of user data, while allowing advertisers to promote to their target customer base. As the world's No. 1 search engine and browser developer, Google needs to face up to and respect the privacy needs of users, and as a commercial company whose revenue comes from advertising, Google also needs to provide advertisers with effective tools.

On August 23, Bleeping Computer reported that Google is adding a "data leak notification" feature to Chrome browsers, which alerts users to check account information when they log on to the site using leaked credentials. Previously, Google released an official extension called Password Checkup, which functions like "data leak notification". Google analyzed the use of the plug-in and found that 1.5% of the users who installed the plug-in had leaked their data, 26% of them changed their password after receiving the warning. A kind of 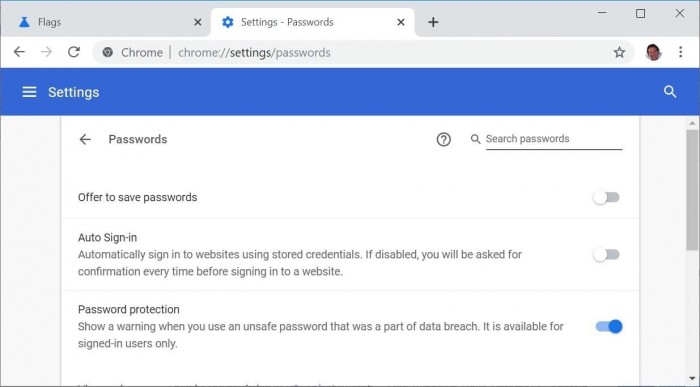 Since version 12 of Safari, Apple has frequently improved user privacy protection on its own browser engine Webkit.

In February this year,WebKit Team PresentationIn 2005, Apple will remove the "do not track" option in the Safari 12.1 and replace it with an intelligent tracking-proof design. For example, set the storage period of Cookie to seven days, and the Cookie stored by browser in seven days will be regarded as expired.

On August 14, Webkit sent another blog postWebKit Tracking Prevention StrategyThe latest privacy protection technology of Webkit is explained in detail. Apple defines "tracking" (tracking) as "a collection of data that users identify and activity on one or more sites, even if they do not identify individuals, but are still tracking." Webkit is trying to prevent all cross-site tracking, covert status tracking and navigation tracking, and will warn against illegal sites.

In the cases cited by Webkit, there are a series of "tracing" that are not easily detected in the current "web surfing" environment, such as directional advertising, third party authorized login, No. 1 login to multiple websites, default recording of user preferences, comment and other social functions, anti-fraud, BOT detection, authentication, etc. Scenario". Webkit says that when faced with the trade-off between improving website experience or precise advertising and users'interests, users' interests will be given priority. "We think the browser's role is the user's agent." (We believe that is the role of a web browser, and also known as the user agent.) 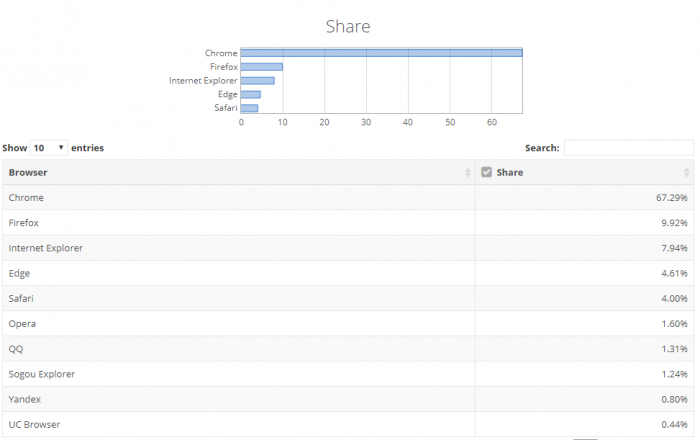 Another concern is Microsoft. "Replace the old with the new"Edge browser, Edge abandoned IE, completely based on Chromium development, lightweight, open source, full-featured Edge also value privacy protection. There are three privacy modes for users to choose from on the new version of Edge, namely: unrestricted mode, website and browser plug-ins can track users and push ads given by the algorithm; balance mode, users have not visited web pages, not allowed to track user data; strict mode, all sites, plug-ins and ads are not allowed to track users.

The unique Firefox also released a number of new features on privacy security in May, Firefox Senior Vice President Dave Camp wrote in a statement. "over the past year, technology companies have begun to discuss privacy issues seriously because they realize that netizens feel increasingly vulnerable to attacks after a number of global scandals." Firefox launched "enhanced tracking Protection" (Enhanced Tracking Protection), to prevent third-party tracking and cookie tracking. Firefox has long been known for providing powerful and simple privacy protection, and it is also the default browser for many Linux platforms.

By comparison, it is not difficult to find that almost all browsers are strengthening the protection of users' privacy and the prevention of tracking users, while Chrome, which has a market share of nearly 68 per cent, is the least firm.

Soon after the blog was published, Google attracted criticism from privacy advocates.In its blog post, Google hinted that completely banning cookies might have a negative effect on protecting users'privacy, such as stimulating advertisers to collect user data in more radical ways, so Google is ready to find a balance between advertisers' and users'privacy, and then explore "privacy sandbox" technology. Privacy advocates, however, argue that Chrome's approach is not strict enough and needs to be aligned with Safari, an all-around smart tracker, and Firefox, which has full privacy protection capabilities.

Google is the only company that has to face both users and advertisers than several other companies. Google develops browsers and search engines at the same time, and both products have the first market share in the industry, and it can't stand up to users' privacy as well as Safari,Firefox,Edge. 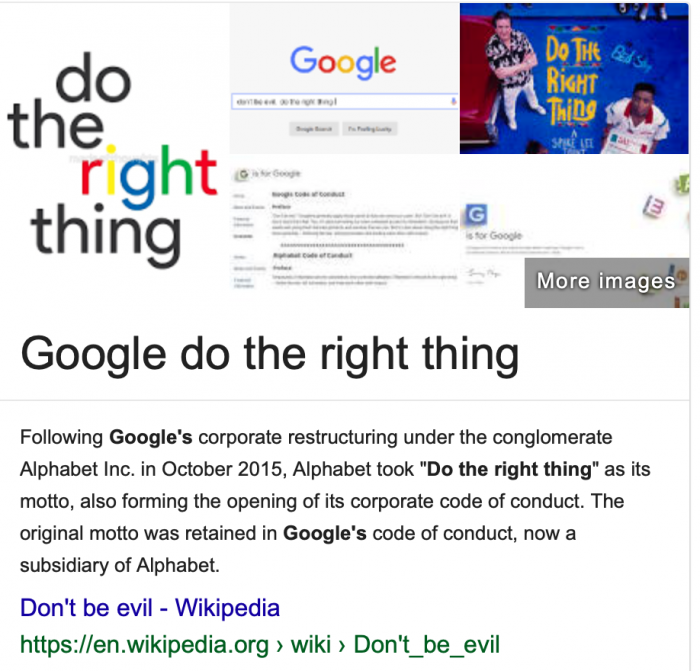