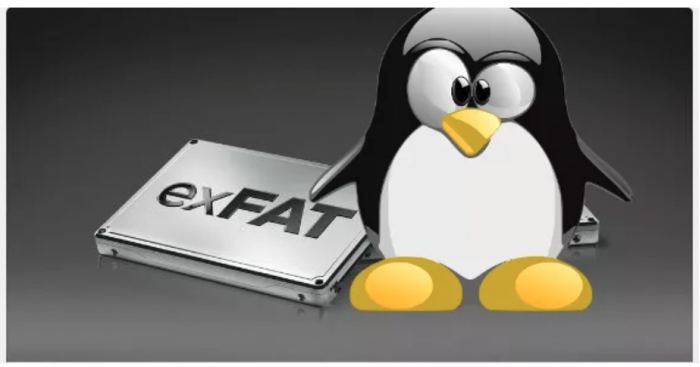 If you let a mole, infiltrate into other forms of key projects-because of poor scalability, these projects are too complex (or huge) to branch (fork), these projects are doomed to be messed up. Again, we're not talking about Devuan/Debian, here, mainly about the Linux kernel.

"We are losing the contest. We are giving up control."

I am extremely sad that access / access to source code (and permissions to modify, run, and redistribute) is no longer enough for software freedom. This is evident on Linux. In addition, flaunting openness (openwashing, I think, a term I coined more than a decade ago) poses a huge threat to software freedom (yes, the threat is greater than ever). We are losing the contest. We are giving up control. All we do is control.

Microsoft is not entering Linux, with a "peaceful posture". It is hostile. It did the same for Yahoo, Nokia and Novell. When it comes to Microsoft helping Linux, my wife shares my view. If Microsoft really cares about Linux, it should adopt EXT4, although it is too late; but Microsoft is now entering Linux entirely to push Microsoft's "standards", API and proprietary software into Linux with the help of Linux. It is aimed at exploitation and extraction, which is so pure and simple.

Microsoft did not enter Linux as a "peaceful gesture", but as a hostile gesture.It did the same for Yahoo, Nokia and Novell.

Steve R., Linux Questions, Linux community. "better interoperability is irrefutable, but I am sceptical," he wrote. Why the Linux community should adopt Microsoft technology, and Microsoft is clearly less willing to adopt Linux technology.

"Microsoft, for example, could adopt an'EXT4'filesystem instead of pushing exFAT. Obviously, Microsoft will not do that to keep proprietary, even if it now opens exFAT."

Fido_dogstoyevsky replies as follows: "Microsoft can do that, but you know it won't. It's a scorpion that promises not to sting.

"If only we had a way to embrace what others offer and then extend it..." is the so-called embrace and extend strategy.

Many of the comments we have seen are generally consistent.Unless someone asks a proprietary software endorsement organization like OIN to comment.

I should know; the chief executive of OIN called me many years ago and told me that Microsoft's blackmail against Linux involved exFAT patents-software patents that may be declared null and void under section 101 of the Alice/ U.S. Patent Law (if filed in court).

"Many of the comments we have seen are broadly consistent. Unless someone asks a proprietary software endorsement organization like OIN to comment...

As an organization that advocates software patents, OIN won't actually invalidate them. It has never even made an attempt, such as in the Patent Trial and Appeal Board (PTAB). In a word, OIN's image in my mind has "deteriorated" over the years, as it turns out to be more interested in endorsing proprietary software giants than in Linux or any "community." It's like the Linux Foundation.

How does the Linux community (users and developers) actually think about all this? Look at the comments here; big-mouth Microsoft people can't refute honest, frank and unpaid views.

Microsoft made a lot of money from exFAT blackmail.Due to the major OEM patent agreement signed many years ago (even at Na)a At the helm), it may still earn a "licence fee" as a result.

"Microsoft has made a lot of money from exFAT blackmail; because of the significant OEM patent agreement signed many years ago (even during Nadella's helm), it may still earn a"licensing fee"for it.

Obviously, it may be inevitable that Microsoft helpers like Linux kernel developer Greg Kroah-Hartman are willing to help. Although Greg is "professional", we should think that this "mature" (implicably industry-friendly) person has no choice but to do what Microsoft says.

Michael Larabel of Phoronix attacked Greg, which is friendly to Microsoft (and the former Novell), for speaking for Microsoft, but again because of the "bad" code (as he did with Hyper-V). Referencing the existing Linux exFAT code is' bad', but it may soon enter the staging phase:

After Microsoft approved the public specification for supporting exFAT on Linux and eventually released the file system, the existing out-of-tree Linux driver code was quickly put on the mailing list for review, hoping to be included in the kernel.

Existing off-tree exFAT Linux drivers were introduced a few years ago.SamsungThe leak was unintentionally disclosed, but it was cleaned up as early as 2013. Because of the uncertainty of Microsoft's exFAT patent and the fact that the company has not previously publicly allowed Linux support for the file system, it has never entered the mainline.

Tom's Hardware reported this objectively and did some further research than Microsoft's press releases and blog posts. Nathaniel Mott actually continues to dig deeper into the real reactions of Linux developers to Microsoft's EEE-like actions against Linux filesystem components/parts. He said: "Phoronix reported today that Linux developers are not particularly keen on Microsoft's publications. A kernel developer calls them"a bunch of garbage."That's the kind of frankness that we expect Linux developers to have. Sometimes the truth needs to be told. Freedom of speech, right?

Earlier we wrote about the plan and related patent issues, and we mentioned in another previous article that Microsoft's agenda was driven mainly by Microsoft's push who pretended to care about Linux (which had previously attacked Linux for years). Microsoft News Editor Bogdan Popa (has been promoting Microsoft for more than a decade) proving our point again (Microsoft likes Linux is a lie). Microsoft Tim did the same. Note that all Linux haters suddenly pretend to care about Linux; and they try to destroy Linux. They know what Microsoft is thinking.

At the same time, we have noticed some superficial and touted articles. The article called Microsoft "open exFAT," but Microsoft is not open, still has exFAT patents, is still under the control of a company that attacks Linux. The publication of patent statements is not the same as "open". "Microsoft Open exFAT File system" is the title of an article on bit-tech.net (https://bit-tech.net/news/tech/software/microsoft-opens-up-the-exfat-filesystem/1/).) The original "open" is nothing more than that. It's like a hunter setting a bear trap and waiting for the bear to come. This is just strengthening monopolies or unifying.

"Microsoft Publishes the ExFAT Specification" is a more accurate Title (https://www.theinquirer.net/inquirer/news/3080947/microsoft-exfat-open-source-linux-kernel), but it is later referred to as "Microsoft tries to please Linux..."

"The original'open'is just like that.It's like a hunter setting a trap for a bear and waiting for the bear to come."

No, the real intention is to control Linux. It's two things. How about this article(https://www.dailyhostnews.com/microsoftannuncesadditionofexfacilinuxkernel)? According to Phoronix, this is a bad code, so why shouldn't Torvalds not be public bombing? Is he afraid to speak freely because of recent events? To our knowledge, he didn't mention it.

There are still many flattering articles in the press, like the ones mentioned above. There are also junk press releases from Paragon Software (which we've seen several times this week). Paragon, which has long profited from Microsoft's patent extortion for Linux, now wants to make more money. We found a lot of flattering articles later yesterday. Microsoft totally controls the voice (few people are too lazy to read messages). The actual response of GNU/Linux users and developers does not seem to matter.

Ryan Farmer, a former MVP expert at Microsoft, ran counter to Microsoft more than a decade ago and became a regular customer of our IRC channel. He has a lot to say about that.

Last night he asked me, "what do you think of Microsoft's claim that it will 'donate' exFAT patents to allow kernel modules to enter Linux,? They released the exFAT specification, announcing that patents would be granted to all members of OIN to merge kernel modules. They can't say it's not them who write kernel modules. "

MinceR joked at IRC: "well, at least it was fine at the time."

"well," says Ryan, "there is already at least one GPL licensed kernel module out there. This is the first module leaked from Samsung. It did not merge because Microsoft repeatedly sued others for file system patents. Microsoft immediately pointed out that they were 'not currently involved in any litigation over exFAT patents. Of course, they are not involved. When threats don't work, litigation happens. "

I showed him the latest report about Microsoft's entry into the second "E". Ryan joked, "It's more gifts."

"Litigation works the same way as plea bargaining," Ryan said. Microsoft does not want to sue others for patents that could be ruled invalid. What it wants is to make money. "

"many OEM vendors have paid Microsoft for exFAT patents.Now Microsoft is "open" because no big manufacturer is left to squeeze profits.

The US Patent and Trademark Office (USPTO) should not have granted these patents.

Ryan concluded: "The way to make money is not to knock everyone down. If they don't pay well, threaten. As long as you don't go to court at all, you won't take any risks."

Many OEM vendors have paid Microsoft for exFAT patents. Now that there are no big manufacturers left to squeeze profits, Microsoft is open.

This is actually a publicity stunt!