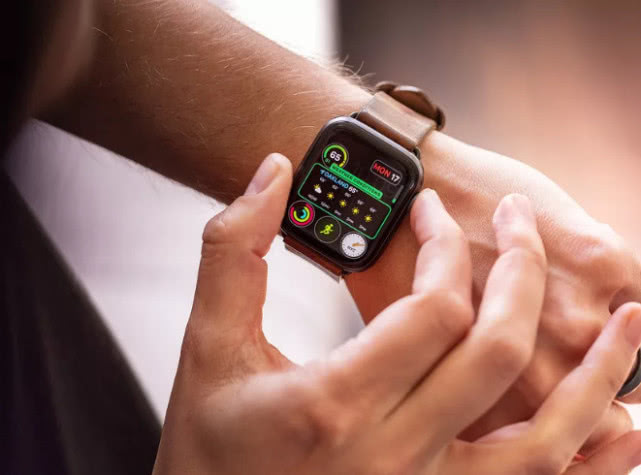 Tencent's tech news, on September 9, said it was widely expected that Apple will release the latest generation of smart watch Apple Watch on Tuesday in the U.S. local time, which would probably be called the Apple Watch Series 5, according to past naming conventions. But where will apple take the future of the watch? What improvements are possible to make it a product of Series 4 (or even Series 3 or Series 2) owners scrambling to upgrade?

Part of the problem is the lack of competitive challenges in smart watches. Apple's dominance in the smart watch industry is almost absurd: Strategy Analytics data show that Apple accounted for more than half of all smart watch sales last year, more than twice the sales of Samsung and Fitbit, which ranked second and third in the sales list, respectively.

Apple also made a major upgrade to Apple Watch last year for the first time since its launch in 2015, which means that Apple Watch Series 5 will almost certainly continue to use the Series 4 design without adding anything new. In particular, Apple Watch's biggest update this year is rumored to be either exterior decorations, such as leaked titanium and ceramic shells, or software-based updates, such as the launch of independent app stores and the legendary sleep tracking feature.

Earlier Apple Watch updates didn't have the same problem, thanks to a large array of missing features, such as the right waterproof, full-featured microphone and speaker, and an independent LTE connection that can be used separately from the iPhone. But now, Apple Watch has all of these features, and the list of missing features that Apple may add this year is becoming less and less.

Of course, this is not to say that Apple Watch has become perfect. The Apple watch is still short compared to the week-long battery life of the Fitbit's Versa series. The Siri's performance is still frustrating, which is a big problem given the small size of the watch, because it is also the only real text input. Of course, any smartwatch

But there are rumors that the features Apple Watch will have this year may also herald the direction of the future. As Apple said when it first released its watch, it often appears on your wrist, a fact that makes it the company.

Apple is currently in the lead, and the only real competitor for the new Apple Watch is Apple's old watches, especially when you consider software lock-in. Apple will integrate its watch with the iPhone much deeper than any competitor, making it a de facto choice for hundreds of millions of iPhone users. With Apple's industry-leading support for old hardware, its upcoming WatchOS 6 will run on all models except the first generation of Apple Watch, which means that Apple needs convincing reasons to persuade existing customers to buy new hardware.

But without more meaningful competition to push it forward, Apple may only continue to maintain its huge market leadership and iterative upgrade. As the saying goes: If something doesn't break, don't make it worse. (Tencent Technology Revision/Jinlu)