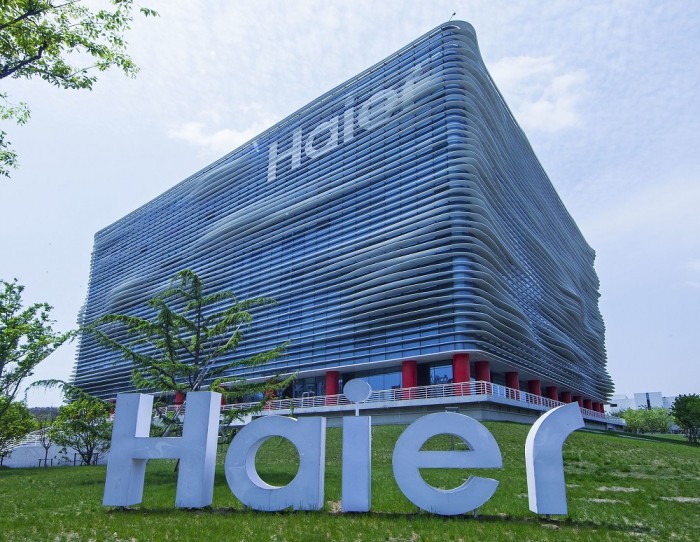 Candy Group is connected in Europe.washing machineThe market share is about 70%. On Thursday, Yannick Fierling, Haier's European chief executive, said the takeover of Candy Group was "the most appropriate" to boost Haier's profile on the continent.

Chinese manufacturers are increasing their share of the European home appliance market while seeking further growth. To this end, they are stepping up their investment in continental Europe-Haier, for example, bought Candy Group, an Italian professional electronics maker, for 475 million euros ($524 million) in January. Phil Lin said Haier's goal is to become the widest range of products in the world.

Haier hopes to replicate its presence in the washing machine marketAir conditionerSuccess in the field. In the five years to 2018, China's share of the European air conditioning market soared more than 5 percentage points to 9.5 percent, second only to 14.9 percent of Japan-based big gold industry, according to Euromonitor International, a British research firm. Haier is here.ice boxSimilar growth space has been seen in washing machines, where Haier's market share in Europe has not yet exceeded 5 percent.

Haier is not the only Chinese manufacturer focusing on Europe. Originthree stars Korean companies such as electronics dominatetelevisionSimilar dramatic changes are taking place in the machinery industry. In 2018, TCL andHisense The group's share of the European television market rose to about 2% from less than 1% five years ago. This growth has narrowed the gap between them and the troubled mainstream Japanese companies such as Sony and Panasonic, which have 8% and 6.3% market share, respectively.

At IFA, TCL showed off TV products with built-in artificial intelligence. Over the past year or two, TCL has gained strong momentum because of its high performance-to-price ratio, expanding rapidly on the continent and even into the UK, Greece and Poland, according to a European executive at the company.

Signs of weakness in China's domestic market are a factor that has prompted Chinese manufacturers to pay more attention to the European market. According to GFK, China's household appliances market accounts for nearly 30% of the global scale, and will decline by 3% in 2019.

The uncertain outlook for the US market makes the European market even more important. Hans-Joachim Kemp (Hans-Joachim Kamp), chairman of the (GFU) of the German Association of Communications and Electronics Industries, said tariffs imposed by the United States would only push up the prices of Chinese goods in the United States.

But in the European market, Chinese manufacturers have not yet fully established themselves. The TV industry is facing particularly intense cost competition, which may drag players into a war of attrition. As Germany's economy stalls, manufacturers may feel the need to focus on stimulating demand in areas such as Eastern Europe.