Paxton held a press conference and said California and Alabama were not involved in the investigation. At the conference, he stressed that Google dominated the advertising market and consumer data use.

"when there is no free market or competition, even if something is advertised as free, its price will be raised to the detriment of consumers." The Republican, Florida Attorney General Ashley Moody's (Ashley Moody), said. "if we are providing more and more private information, are those things really free? If the price of online advertising rises as a result of being controlled by a company, will there really be anything free? "

The investigation into Google by state prosecutors comes as Facebook also faces an antitrust investigation led by New York Attorney General Leticia James (Letitia James), which includes prosecutors general from seven states and the District of Columbia. At a news conference on Monday, Washington, D.C. Attorney General and Democrat Carl Rusin (Karl Racine) said it remains to be seen whether the two investigations will "expand together."

Affected by the news, Google parent company Alphabet shares fell nearly 1 percent at one point. Asked to comment, a Google spokesman said the company admitted in a blog post published on Friday that it had received a request from the Justice Department to provide the department with information about its business practices, and expected "state prosecutors to raise similar questions."

"We have been working constructively with regulators and will continue to do so in the future." Google wrote in a blog post released on Friday. 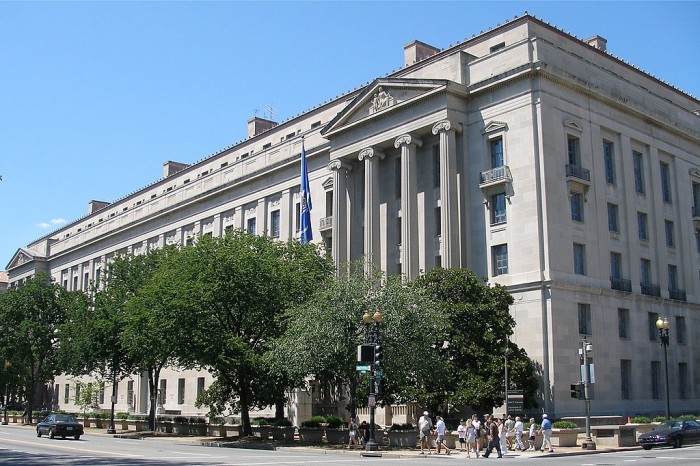 "The state attorneys-general is an independent group of people, and quite tenacious." Racine said. "So I am confident that this bipartisan team will be factual and will not be shaken by any conclusions that may not meet the criteria. So we will do what we think is right based on our own research. "

So far, federal regulation has had little impact on large technology companies. Both Google and Facebook have recently been fined by the Federal Trade Commission for the way they process user data, which are large by most standards, but account for only a fraction of both companies' quarterly revenue.

However, compared with privacy and consumer protection issues, antitrust poses a more direct threat to the business model of these companies. For example, if the federal government or state attorneys general found evidence of anti-competitive behavior in their investigations, the company might be forced to change its algorithm to make it more friendly to competitors, even if that meant that Google's own profits would suffer as a result. In addition, the company may be forced to spin off its entire business, such as YouTube Video Services.

Republican Attorney General Doug Peterson (Doug Peterson) said he looked forward to working with the Justice Department and international antitrust authorities. "the fact that Britain, France, Australia and the European Commission are all concerned shows that this is a very important issue." Said Peterson.

Currently, state attorneys general are focusing on Google and Facebook, but that doesn't mean Amazon and Facebook.appleCompanies and other technology giants will be exempt from censorship. Last week, sources revealed that the investigation could be extended to other companies.