In a post published two years ago by the Chromium development community, it was said that Chrome's performance would be affected when browsing pages with large numbers of elements set to "sticky" or "fixed" attributes and performing scrolling operations. In theory, the position: sticky attribute allows page elements to be displayed on the screen throughout the scrolling process. For example, the title of the page and the "Back to the Top" button on the right side are always retained when scrolling. 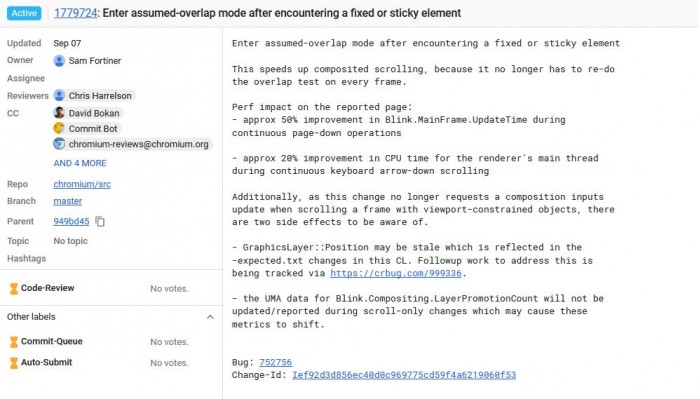 Chromium developers said that after multiple rounds of testing, it found that using touchpad gestures to manipulate the cpu increased by 13%, while using a mouse wheel to operate the cpu could rise to up to 100%. The error has been ignored for almost two years, but a software engineer on the Microsoft Edge team has found a solution and observed the following improvements:

In me（MicrosoftEngineers provide more main threading frameworks (857 to 1375) on their development machines.

The smoothness index increased from 87% to 94%.

The Windows performance analyzer shows about 22 per cent of the main thread CPU time improvements. "this is a manual scene, and I press after the page is loaded.