Charity Change: In the first half of 2019, Chinese netizens donated 1.8 billion yuan 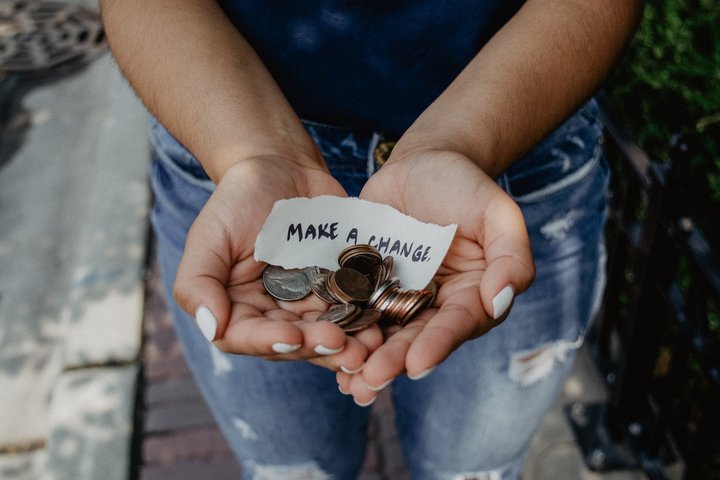 Half a year, 1.8 billion Chinese netizens were donated, most of whom were "stingy".

1.8 billion, sounds a lot, but it is associated with the fact that there are 1.138 billion mobile Internet users in China. It is not much to donate 1.8 billion in that six months. On average, each person donated less than two yuan in six months. 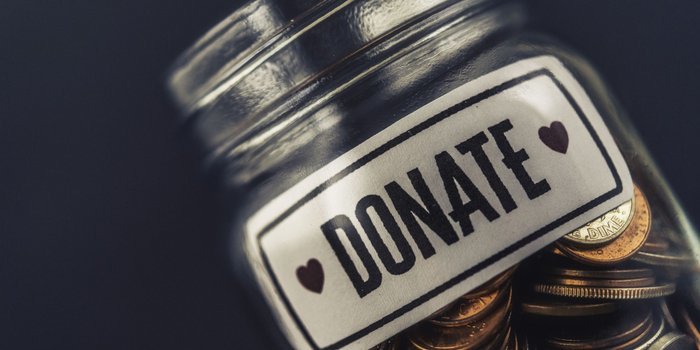 The data also prove this. On Alipay and Taobao, the number of donations by netizens for half a year has exceeded 5 billion, 47 percent of donors come from small cities or rural areas below the third line, and 95 percent of donations do not exceed one yuan.

Data from Alipay showed that netizens contributed 600 million yuan in the first half of Alipay, accounting for 1/3 of the country's total. Although Tencent did not disclose its specific donation amount, they contributed 1.725 billion yuan last year, accounting for more than half of the total donation. The amount in the first half of this year should also be about 50%. In other words, Alipay and Tencent's two platforms basically contributed about 80% of the donation.

And other Internet public fundraising information platforms must be no stranger to you, JD.com, Sina, Baidu, Meituan, Didi, Water drop, Industrial and Commercial Bank of China. 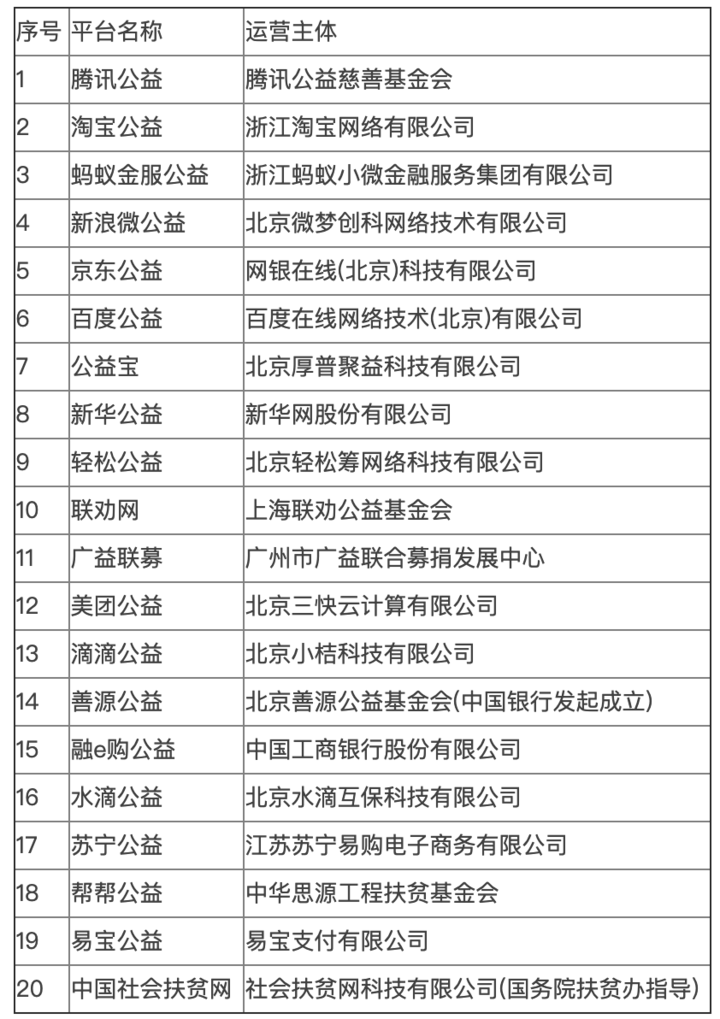 There are many platforms and many donations, but the small amount of single donation is one of the characteristics of the Internet fundraising platform. The existence of Internet platform makes donation easier. Many people even have the habit of donating every day, but most donations are not much. 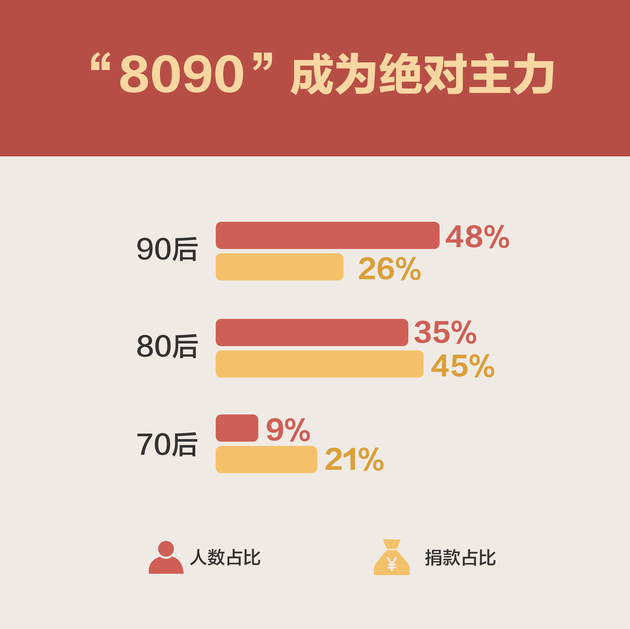 Huang, a former volunteer for a public service platform, now helps forward the organization's donation link every year on 99 Public Welfare Day, an intersection of her and her past volunteer experience. But she, who often participates in public welfare activities, does not have the habit of donating regularly. There will be two or three times a year, and she will donate more than ten or twenty dollars on the fund-raising platform.

Mei, who donates money when she sees public welfare activities in moments, is not fixed. She usually donates between 1 yuan and 10 yuan, but she may only donate money once or twice a year.

Newly-married editor Tom has not donated money on the Internet platform. He has tried to donate steps in the Wechat campaign, but this is not what he insists on every day.

The rustling of Ant Manor is a person who has the habit of donating, but she admitted that the reason why she can insist on donating money is because there is a feed reward for donating money. 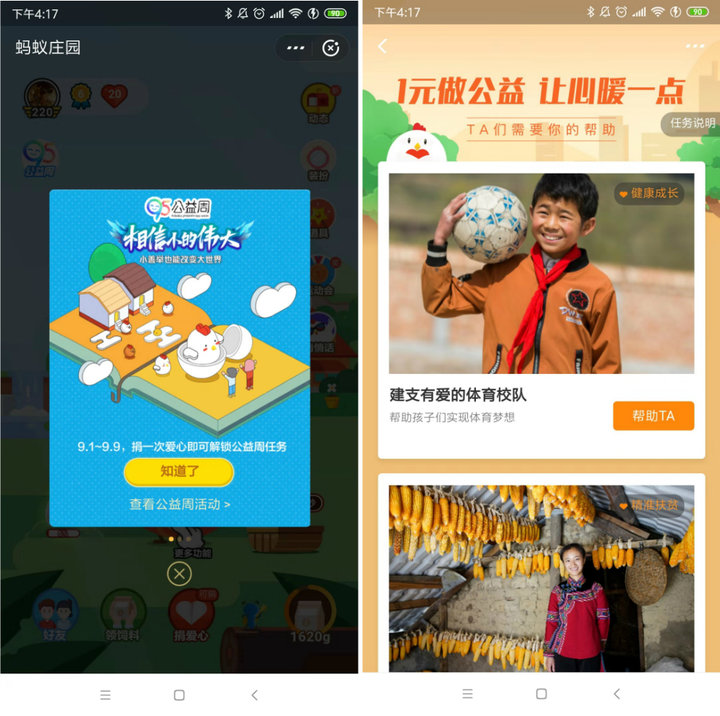 Users are not doing public welfare, but in the social, game, shaping people.

The accumulation of a penny, and the persistence of a dollar, this is 1.8 billion donated by Chinese netizens in the first half of the year.

1.8 billion is the real gold and silver given by users, but it's not just cash donations. If you've had pandas on weibos, chickens on ant estates and steps in the wechat campaign, you know you don't have to donate money to do public good, you can also donate eggs, steps and points.

It's not so much a public good as a game. 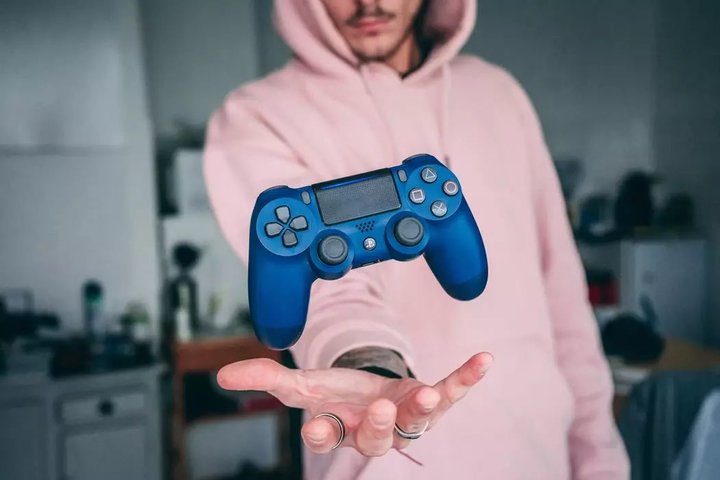 We used to read "When the game intrudes into reality, what will human life look like?" In the near future_, it is written that human real life is facing a reverse invasion from the game mechanism.

The energy list of ant forest, the capture cover of WeChat movement and the panda guardian of Weibo are not so much a public welfare list as a game. Friends have interaction, watering to steal energy; friends also have competition, how many eggs have been donated, how much energy has been accumulated, today you have taken a few more steps than me, which is all on the game list at a glance.

It's a public good, a social event, and a game.

The rustling of chickens every day is number one in Alipay. Today she has donated 1120 eggs, nearly twice as many as her second best friend. She basically spends 30 yuan a month on public welfare and chooses her favorite project to donate. "if I don't raise chickens, I won't donate money." I donate money for daily feed and rewards, but I think it makes sense, too. " 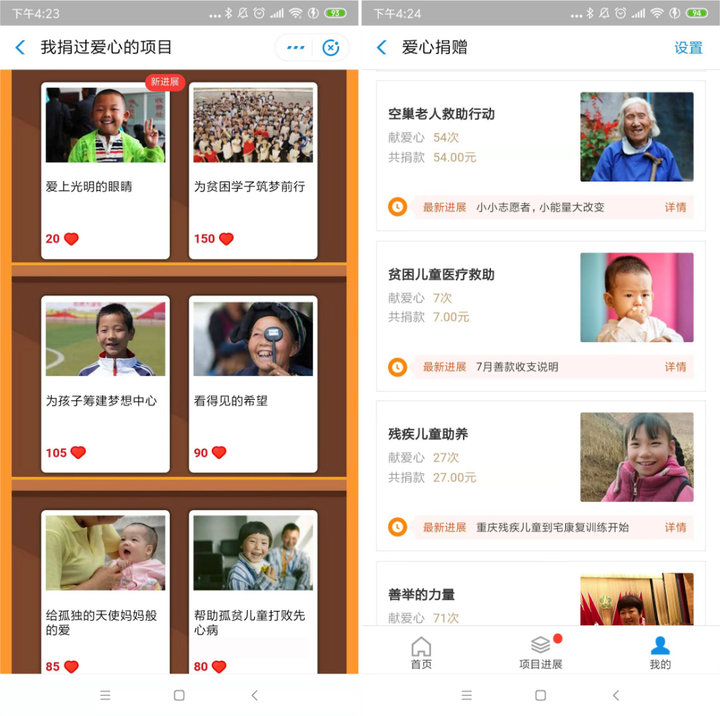 Her favorite rescue project is the empty nester rescue operation, for which she donated 54 yuan. She said that when she looked at the picture, she would think of her grandmother, who opened the project to see the progress announcement. But she also admits that she would not have been so enthusiastic about raising chickens if the game at Ant Farm had not been ranked. "I just enjoy the first feeling. It doesn't matter if the first one is meaningful or not. "

The children's gallery, which brushes the screen in moments, is another case of gamification. The project, which received 2767 million hits in half a day, totaled 5.78 million participants, and the project, which raised more than 11.28 million dollars, was successfully slaughtered with ultra-low barriers and brilliant paintings. With only one dollar, everyone can be a compassionate and generous good man. 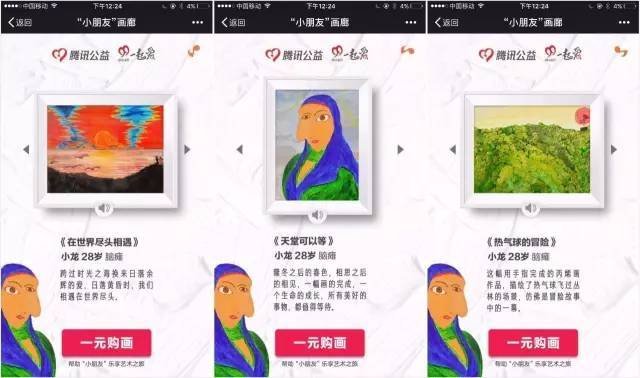 This year, Tencent's seven real-life scripts also used the "pitch" approach. Just as fans vote for their idols to be C-rated and walk the streets, donors can choose their favorite stories to donate. If Tencent finally decides to film a story, the name of its supporters will appear at the end of the film. 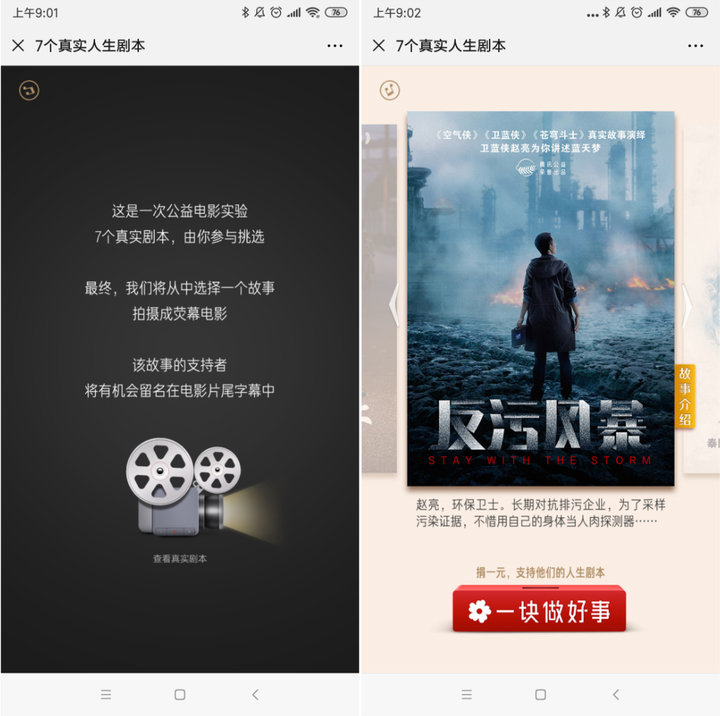 There is nothing wrong with this. Every app and game designer attracts us to play. It is actually a good thing for the public to attract us in this way.

Farewell to the cries of the victims in front of the camera, hiding and confused eyes, across the screen, across the painting, we still feel so close to ourselves and the helpers. There are always people who will be attracted by this "game" mechanism and continue to play, and those who need help can also get what they want.

Robin, a game designer who has been involved in Sims, Wind Travelers, etc. 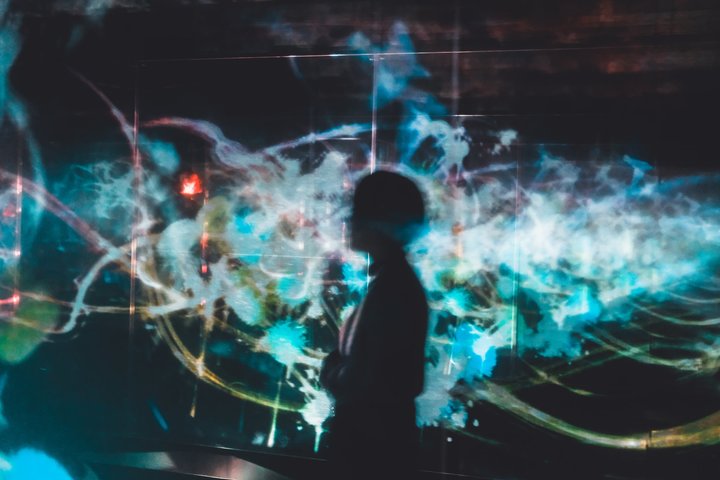 It's not bad that the Internet brings them closer.

Ten years ago, the TV station in my hometown reported a sad story. A little girl decided to give up school to work. Her mother died early. Her father had uremia and her grandmother was paralyzed. The whole family lived in a 10-square-meter shack. In order to support her family, she decided to give up the chance to study.

This is a story that most of us have heard before, and we are always touched by such stories.

But ten years ago, people who wanted to help the little girl can only make a phone call to the television station, and then send the other party's bank card to the other party, and encourage her to stick to it. Many people want to help her because it's too complicated to get out of the process.

Now all this is more convenient. You are touched and click "I want to donate" to complete a help.

As more and more product managers with a deep understanding of human nature set up a channel for public donation with game products, more and more people are actually exposed to public welfare through these interesting products. When you share children's illustrations in the circle of friends who brush the screen, there are also many caring people who have never touched the public welfare of the Internet to open up a new world.

Even if a user who doesn't want to donate money on the Internet, after a donation of a number of steps, an egg, a donation, and so on, will slowly try to contribute to some of the public-interest projects.

And just as a brand sponsors how many times it distributes money to women's football girls, Internet public welfare also has a brand implanted in the soil of sponsorship.

Just like the 99 public welfare day of 2017, you donate one yuan, the food and magic teacher also donate one yuan, and finally, Tencent's public welfare of the random distribution personal food and magic division Tencent public welfare contribution double. There is also the Aire's eye donated for Alipay movement steps, together with the Minsheng Bank, which is donated to the charity project, and the good image of the brand can also be connected with the donation behavior of the user's individual. 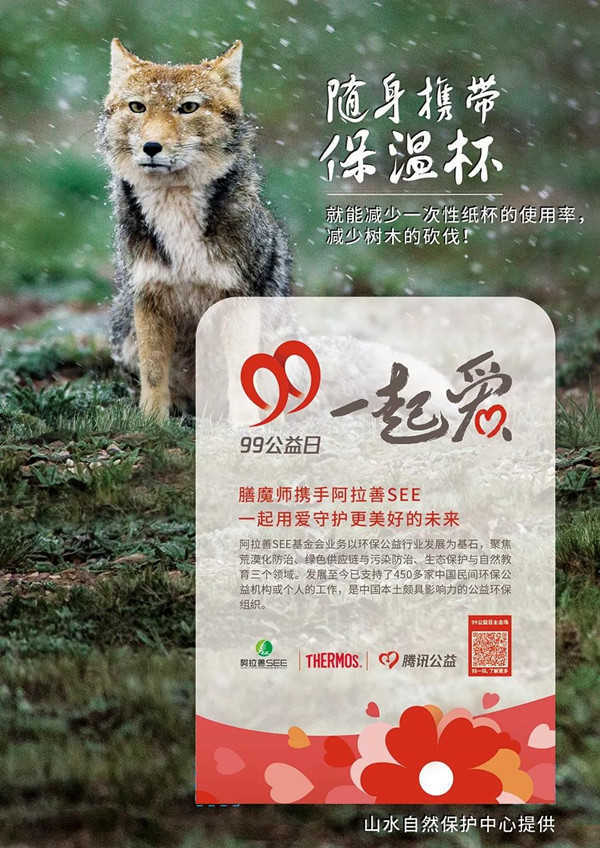 When more and more users are attracted by friends'sharing or a certain ranking, these brands also donate money and enjoy themselves.

This is a benign mechanism, and all the functional settings are ultimately leading to the public and the charity.

With more and more people becoming donors of Internet public welfare, the platform also began to hope that public welfare is no longer a single impulse to do good. Sun Lijun, chairman of Alibaba Public Welfare Foundation, said that enterprises should use public welfare mentality and commercial methods to practice social responsibility, so as to have sustainability. 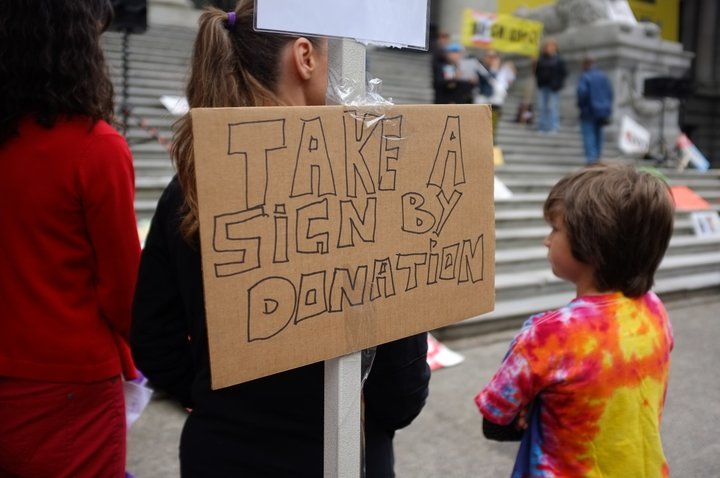 It falls to the individual, and this principle is also universal. Chen Yidan, the founder of Tencent Public Charity Foundation, said:

It is only based on individual emotion that impulsive good behavior is often paid by one thing or another. Whether the donor can look at it from a rational point of view and really agree with the resonance he obtains from public welfare behavior determines whether the one-off behavior will be transformed into a lasting behavior habit.

For users, it's not difficult to give one yuan a year for charity one day. But we need more game settings if we want users to be sustainable donors. 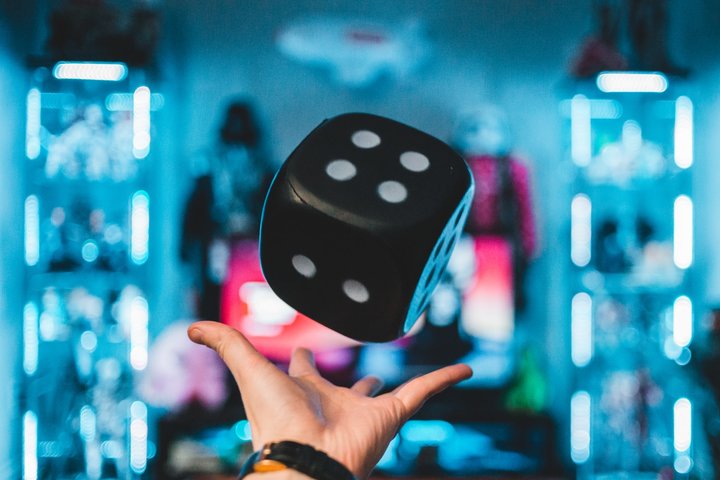 Maybe it's a good way to use the thinking of Internet products to build an Internet public welfare platform. Mature product managers can use their own experience to create a more attractive Internet public service platform for users, whether it is a penny a day or 10,000 steps a day, from monthly donations to persistent donations, public welfare more want your "long-term" investment.

In the Internet public welfare game, how much money you donate does not matter, the important thing is that you are willing to play all the time.