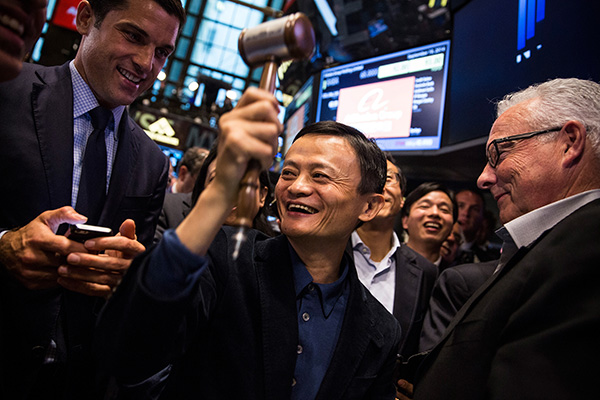 Ma Yun is 55 years old. Twenty years ago, Ma Yun co-founded Alibaba in an apartment in Hangzhou, with a market value of nearly $500 billion. Now, Ma Yun, a former English teacher, plans to returneducationIn the field, concentrate on charity.

Ma Yun's farewell will leave a blank for Chinese business circles. For many years, as China's most famous business leader, Ma Yun has been a very attractive business person. Ma Yun often arouses public debate because of his bold remarks. At the annual collective wedding held this year for employees in Alibaba, he not only encouraged new couples to work 72 hours a week, but also encouraged them to use their free time to have more children.

By contrast, Ma Yunpeer and his successor Zhang Yongyuan, many of China's technology giants, are less high-profile.

"he is also a spokesman for Chinese companies at home and abroad," said Duncan Clark (Duncan Clark), author of (Alibaba: The House That Jack Ma Built) in Alibaba: Jack Ma's Business Empire. "now, he aspires to be a spokesman for philanthropy, environmental protection and education, demonstrating that technology can be a force for the good."

Clark said, "The conditions for another idol to appear are not yet ripe."

Ma Yun has already gradually withdrawn from Alibaba's leadership. In 2013, he resigned as chief executive and announced a year ago that he would resign as chairman of the board. Ma Yun is different from leavingMicrosoftBill Gates (Bill Gates), who has devoted himself to philanthropy, will remain in technology. He plans to stay on Alibaba's board of directors, and his individual is still Ant Financial Services Group's actual controller.

Ma Yun has been committed to environmental protection, wildlife protection and climate change for many years. Recently, he spoke at a women's Conference on how to increase women's participation in technology development.

In last year's open letter, Ma Yun said, "I know that from the perspective of ability, energy and physical strength, no one can always be the CEO and chairman of the company." But he added that he had "many wonderful dreams" and hoped that "returning to education and doing what I love will make me more excited and happy." (Chen Chen)