Can the iPhone 11 still stand up this year?

Recently, a group of data has been circulating wildly in the digital circle. Authoritative explanations have been given to what is called "power face-to-face". According to IHS Market, the world's best seller in the first half of 2019Mobile phoneThe model is the iPhone XR, with a total sales of 26.9 million units. Looking back at last year's jokes about the iPhone XR: horse race frames, grainy screens, and ultimately the "real fragrance" after the price reduction.

So the question is, when everyone else is stirring up 5G new products, will this year's iPhone still be hard?

If you want to live well, you have to wear a little green on your body.

In fact, to clarify this issue, we have to start with some new changes in the 2019 iPhone 11. Although Apple has spent a lot of energy and money to prevent new products from being leaked, and has reportedly hired a former CIA professional team, it is still unable to stop people from revealing any of Apple's secrets.

According to various materials released by the public, one of the most significant changes in this year's 2019 iPhone 11 is undoubtedly the emergence of new color matching. Of course, the new "apple green" has attracted much attention. If you want to live a good life, you have to bring a little green on your body. Apple is more and more able to grasp the trend of Chinese fashion.~ 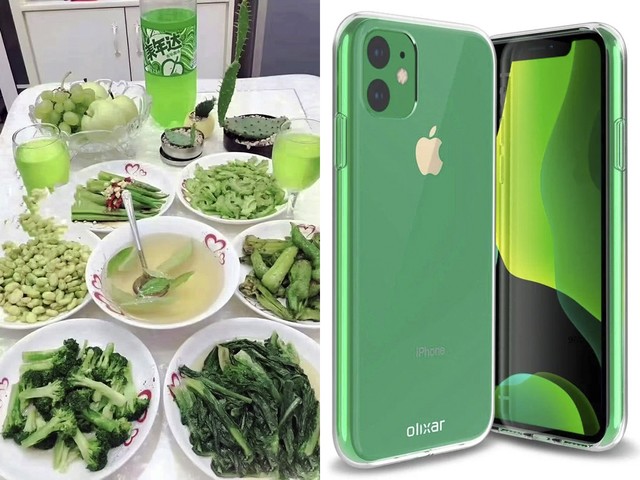 If you want to live well, you have to wear a little green on your body.

In fact, looking back on the changes of the iPhone over the years, color matching is absolutely the killer of Apple. From the local tyrant gold of that year, later pink gold, to the dark gold of the atmosphere on the latest iPhone Xs, it is absolutely a harvest of a lot of Yandao party. In fact, it is understandable that today's mobile phones are starting to saturate their performance, and the final justice is their appearance.

In addition to the "apple green" that is likely to become a hit, there are also purple that is said to be more foreign. For the high-end iPhone Xs series, it is possible to upgrade to gradient. We will not release the gradient pictures. You can fill in the familiar "aurora", "sky", "fritillaria pearlescens"...

Despite Android's leftovers, Apple's color scheme is still something to look forward to.

From generation to generation, the lightning connection will never change.

Before Android manufacturers launched Super Fast Filling, people seemed to have gradually acquiesced in the existence of "Five Blessings and One Ann". But today, 9102, "Charge for five minutes, call for two hours" is well known to women and children. If you give the user an unchanged "Five Fortunes and One Ann" recharger for ten thousand years, it seems that you can't say it.

Here we have good news and bad news. As a rule, let's start with the good news: Apple will finally offer an 18W charger by default! But there is also bad news, only 6.5 inches and 5.8 inches.OLEDScreen products will be delivered, and the 6.1-inch LCD iPhone is still the ancestral "five blessings and one safety". 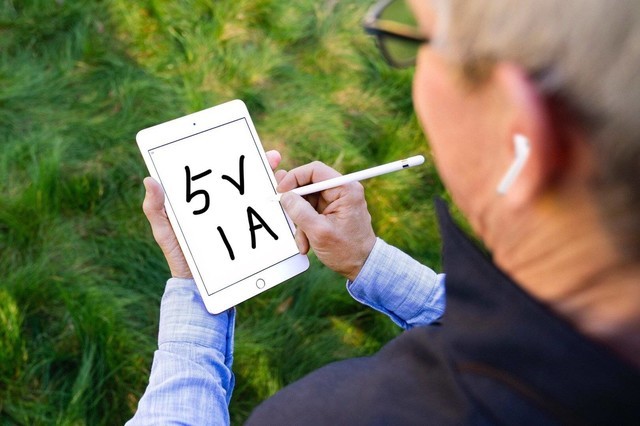 That means you want to charge faster? Yes, you have to spend more money. Familiar with Apple's product distribution, the so-called OLED screen products correspond to the expensive iPhone Xs series, while the 6.1-inch LCD iPhone is the real volume of the iPhone XR series. Apples, of course, are becoming more and more routine.~

As for the original legend that Apple will use the USB-C interface, to tell the truth, according to my understanding of Apple, I will not believe it. Sure enough, according to the latest news from the channel vendor, this generation of the iPhone 11 is still a familiar Lightning connector. After all, there are so many authorization fees, and everyone is used to it. Why bother to change them?~

As for reverse charging, I think it's okay. In Apple's "conservative" style, it's no use!

Three-camera bathroom hegemony clothes on the upper body, from then on innovative passers-by

The changes in the camera module of the 2019 iPhone 11 are actually the first new features to be exposed. After constant new information has been revealed, constantly supporting the new iPhone will adopt the "bathroom three photographs" program, now basically can be a real hammer. This has also become the focus of Apple's Tucao: Apple has abandoned aesthetics and innovation. 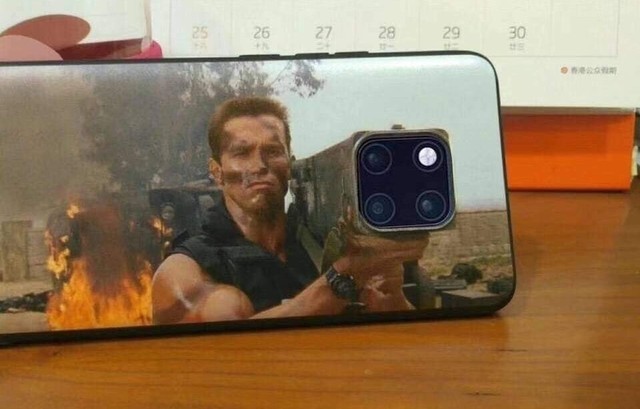 The reason why Apple will adopt the "bathroom bathroom three shoots" scheme, in addition to the constraints of the accessories supply chain, may also consider that everyone has been "used to" at least a more stable scheme. If "Liu Haiping" is Apple's trial based on function and experienceBeautifulCompromise, then the bathroom blessing let Apple completely abandon the insistence on innovation.

Of course, in the preview version of IOS 13, there are many interesting "innovations" about the upgrade of cameras at the software level. For example, in FaceTime call attention correction, AR technology can be used to correct both sides'eyes when making video calls, so that you and the other side can have more eyebrows. There are also AI scene recognition, such as taking a dog will show that it is a dog...

FaceTime activates and uninstalls, and AI recognition seems to bring me back to 2017...

In fact, Westerners are also quite superstitious, for example, the Western world generally taboos the number of "13". It is not Xiaobian who believes in the logic of metaphysics, but this year Apple's processor will be upgraded to "A13", followed by a major upgrade of "IOS 13" system version. So many coincidences make apples sweat.

Firstly, the upgrade of A13 processor shows that, as usual, TSMC's 7Nm performance explodes. But at present, it seems that there is no application that A12 can't run, and even A11 is still running smoothly. So the upgrade requirement of A13 is not urgent. Of course, there are new changes in A13. Apple will add a new coprocessor for the 2019 iPhone, codenamed Rose or R1. R1 will support more new features and functions than the motion coprocessor integrated sensors. 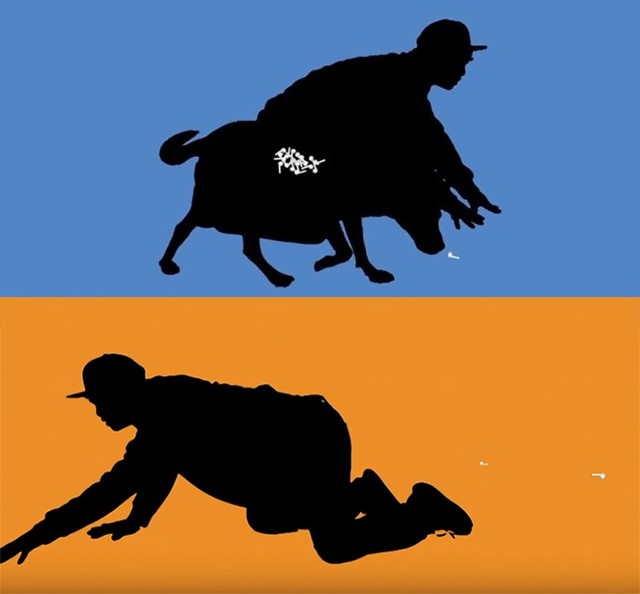 AirPods, which you will never find, is finally saved.

For example, Apple will launch a loss-proof sticker for the iPhone, and Mom won't have to worry about losing AirPods every day. This function, combined with Ultra Wideband (Ultra Wideband) technology, can be used for indoor navigation and object tracking services. With the support of this technology, indoor navigation can get tremendous experience upgrade, which is worth looking forward to.

Compared with the lack of hardware, Apple's IOS 13 may be more desirable. Overall, IOS 13 can be said to have upgraded the level of experience, greatly improving the practical experience and user viscosity of Apple's iPhone. Apple is a software company, through the IOS ecosystem has already tied up and locked users, this is the key!

So again, don't buy an iPhone for hardware; it's the iPhone that counts for comfort.

After looking at some notable changes in the 2019 iPhone 11, it seems that we can go back to the original problem. Can Apple, which has been criticized for its lack of innovation and blackness, still hit people in the face this year? Especially today, when 5G has been detonated, can Apple's iPhone still have the capital to go "hard"?

Guo Mingpi, a well-known Apple analyst, has previously given his professional forecast that due to the lack of innovative selling points, three new iPhones will decline by 5% to 10% in the second half of 2019. But Apple is expected to make up for the gap by lowering the price of the old iPhone, which will sell 180 million units in 2019.

Another Wall Street analyst with similar views, Wedbush, said: "An estimated 200 million users of the iPhone 6 and earlier models are ready to upgrade." Bank of America analysts said: "Fiscal year 2020 can be regarded as the change cycle of the iPhone, while 2021 should be the 5G drive cycle."

The price reduction has become the key word for Apple in 2019, and has achieved good results. The price reduction of the iPhone XR has really made many people face. In fact, these authoritative industry analysts may have overlooked that 5G has been fully exploded in China, while the rapid rise of Chinese brand mobile phones, innovation and experience are not inferior to Apple, and more affordable.

Speaking of 5G, it's not the first time that Apple is late, but today's apple is no longer the brilliance of that year. What's more, there's always a truth for consumers: I can't use it, but you can't.~