When can Huawei Hongmeng system be used on mobile phones? Ren Zhengfei: can't do it in a short period of time 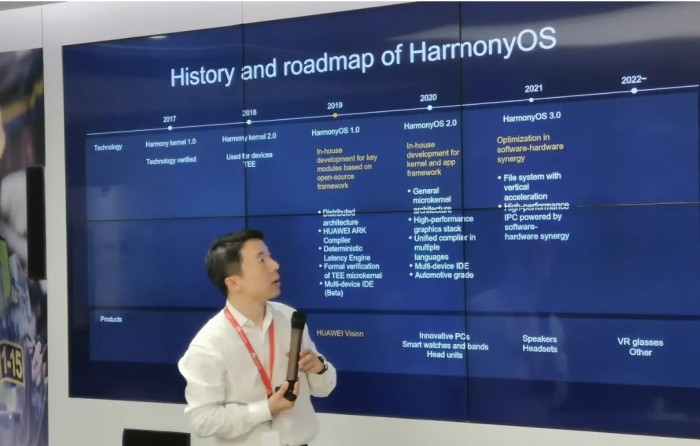 Reuters reported in August that it would be released on September 19.HUAWEIThe Mate 30 series will be the first models that will not be able to carry official Google applications under the US ban. At that time, Huawei Mate 30 will only be able to carry Huawei EMUI based on Android Open Source System. And Mate 30 will become the first flagship issued by Huawei since the United States blacklisted Huawei in mid-May.Mobile phone。

Ren Zhengfei reiterated that the Hongmeng operating system is characterized by low latency, mainly for industrial control, automatic control, automatic driving, vehicle networking and other systems. Hongmeng System will take the lead in watches and 8K IntelligencetelevisionAnd other terminal products. For mobile phones, it is impossible to build a reasonable ecological system in a short time, and it needs a process.

At the IFA2019 exhibition, Yu Chengdong was also asked in an interview with the media when Huawei mobile phone will start using Hongmeng system. Yu responded that the work of adapting Hongmeng system to mobile phone is ready, but Huawei will not give priority to using it. Because Huawei also has to consider Google's decisions and cooperation.

If Huawei's mobile phone is not allowed to use Google service in the future, Yu Chengdong said that Huawei will consider using self-developed Hongmeng system. The Huawei P40 series released in March next year may become the first mobile phone product with Hongmeng system.