Google is experimenting with DoH in Chrome 78

In June this year,Google announces that its DNS Over HTTPS (DoH) service is officially available。 DoH packages domain name queries into DNS servers with secure, encrypted HTTPS connections, thus preventing eavesdroppers from accessing queries. It is one of several emerging Internet protocols designed to narrow the gap between online communication security and privacy. Both Google and Mozilla Foundation are testing the agreement, and Mozilla just said two days ago that it would be at the end of this month.Launch DoH to Firefox users.

The experimental service will soon appear in Chrome browsers, officially on the Chromium blog.AnnouncementSaid Chrome 78 was experimenting with DoH.. 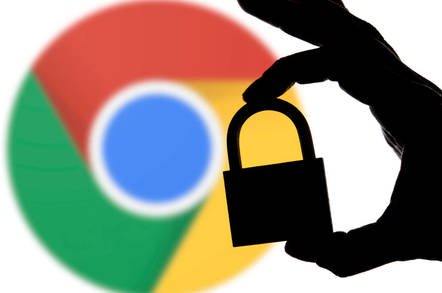 The Google experiment will check whether DNS vendors for Chrome 78 users belong to one of the following six DoH compatible providers: Cleanbrowsing,Cloudflare,DNS.SB,Google,OpenDNS and Quad9. If included, Chrome switches from standard D / NS to DoH. using the same service provide

In this way, Google avoids the problem of Mozilla's way of providing DoH: forcing Firefox users to change the DNS vendor they chose for Cloudflare.

This experiment involves only a small number of Chrome users and will run on all supported platforms (except Linux and iOS). If you want to exit the experiment from Chrome 78, you can disable tags on chrome://flags/#dns-over-https.

For users who use Android 9 or later and have a DNS-over-TLS (DoT) provider set up in private DNS settings, Chrome may try to use DoH, and if it fails, it will fallback to the DoT setting. 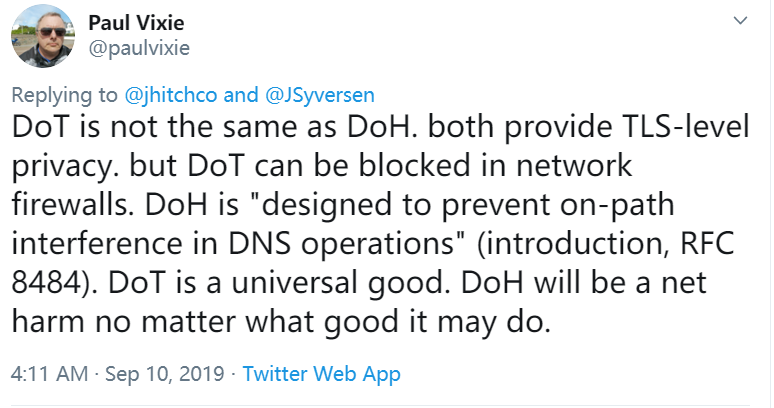 What do you think of this controversy?

Related news
Google is experimenting with DoH in Chrome 78
Firefox on OpenBSD will disable DoH by default
Firefox on OpenBSD disables DoH by default
Google Chrome 78 Beta
[tip] configure DOH to encrypt DNS traffic in chrome and Firefox to improve security
Google Chrome 81.0.4044.138 release
Google Chrome test hide full URL
Hot news this week
Samsung and research team found a new semiconductor material: amorphous boron nitride (a-bn)
What does Huawei mean to Chinese semiconductor?
Attack Tencent hinterland byte jump start long video Secret War
The Facebook Regulatory Committee, which came into operation this fall, could overturn Zuckerberg's decision
Amd releases driver update for radon 20.7.1 to introduce new error reporting tool
Oxford University expert: the new coronavirus has been sleeping all over the world, not originated in China
Microsoft stops win10 update in May: for users using storage pool function
Successful development of new coronal vaccine in the United States? The subjects said they had antibodies: they were vaccinated two months ago
"Shandong Xiaomi Finance" lost Lu Weibing praise legal team: recently very powerful
Training time is expected to be shortened to a few minutes! TSMC or will produce Cerebras "super" AI chips
The most popular news this week
Amazon ordered tiktok to be banned for seconds: hand skating?
The light of domestic products! BYD's customized version of Huawei P40 released
Galaxy S21 internal code, hardware details exposure price configuration may both decrease
A device called LG K31 is exposed: or will it be released in the next few weeks
Asian media say Samsung Galaxy Note 20 may actually be cheaper than expected
HMD plans to launch Nokia 2.4, also known as wolverine, equipped with eight core Helio P22 processor
ROG game mobile phone 3 is certified :6000 mAh battery with 30 W fast charge
has submitted a submission to the US side! Can TSMC and Qualcomm resume supply to Huawei?
"Reprisals" by the United States against France in the digital tax dispute, Expert: limited impact
Raise the price as much as you can! NVIDIA RTX 20 series production stopped