Apple's first push against Huawei netizens at the launch of the iPhone 11: Huawei Refuels 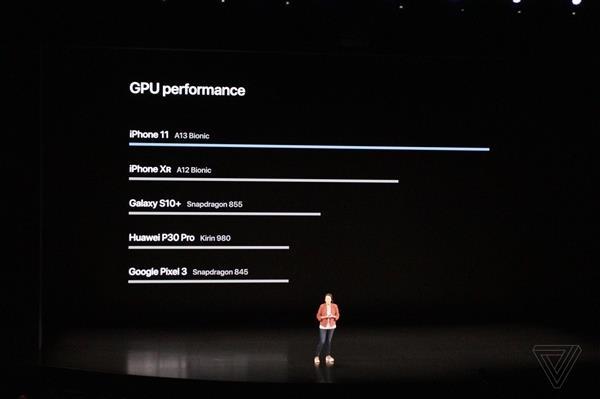 This isappleFor the first time, the press conferenceHUAWEIBy comparison, this is also the case.For the first time in the history of the conference, it was compared with the competitors of Chinese manufacturers. Just a few days before the launch, Huawei just released Kirin 990 series of 5G chips with stronger performance.

Some netizens said, "When comparing the invincible A3 with friends, this is the first time in recent years. Apple is too weak this year. It has never seen the excitement of the Apple conference anymore. Now Huawei is the only one that can bring me this feeling." 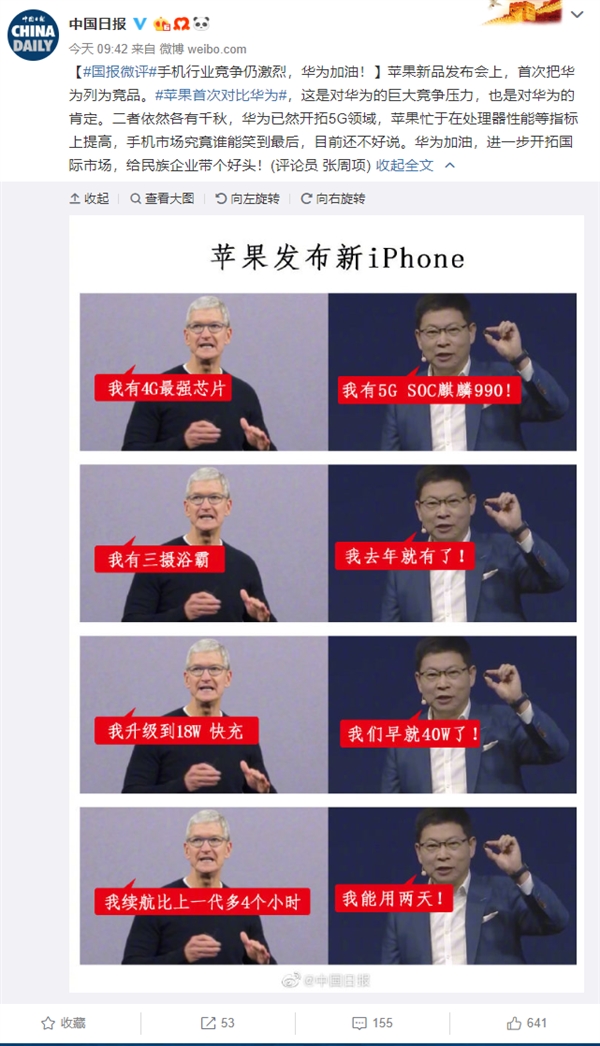 They still have their own merits. Huawei has opened up 5G field and Apple is busy improving processor performance and other indicators.Mobile phoneIt's hard to say who can laugh at the end of the market. Huawei refuels, further develops the international market, takes a good lead to the national enterprise!