AMD responded quickly to the problem that Zen 2 processors could not achieve nominal acceleration frequencies. In the early morning of this morning, when US time was September 10, a new BIOS microcode update was given on time, with version AGESA ComboAM4 1.0.0.3ABBA. Earlier, BIOS, which uses new microcodes, had leaked ahead of time in some domestic forums. 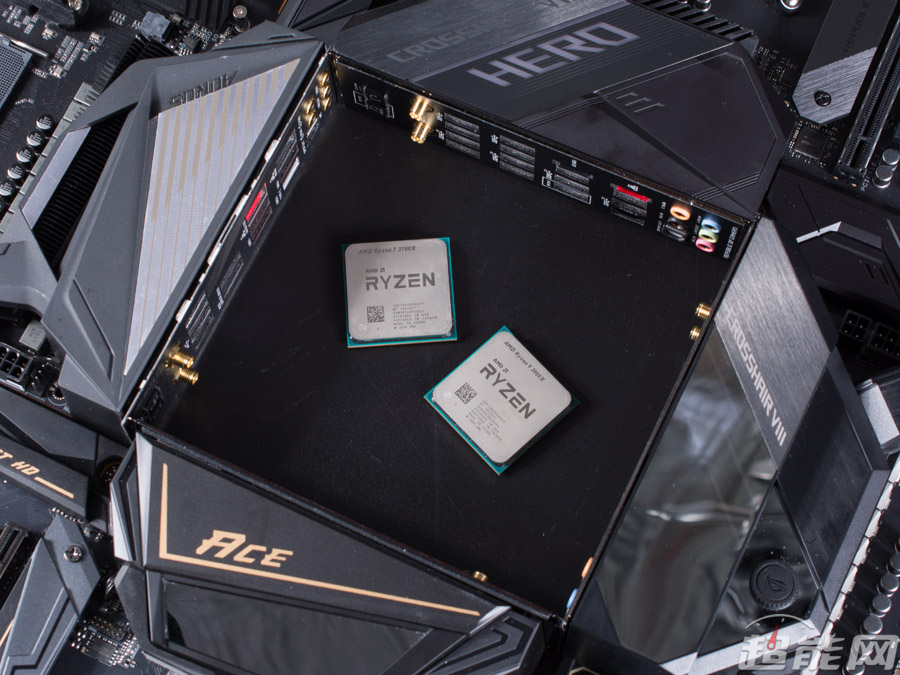 Last week, a YouTubeer with an ID of De8auer pointed out in his video that many Zen 2 processors did not reach the maximum single-core acceleration frequency officially given. Of the 2700 reports he collected, only 5.6% of Ryzen 9,3900X users reported that their processors could reach or exceed the nominal 4.6 GHz. AMD officials were quick to acknowledge that the problem did exist and said they were already working on fixing it and that new microcodes would be released on September 10.

On the evening of September 9, the new BIOS of the MSI X570 series motherboard was already in place.Chiphell ForumIt was leaked (the download link has been removed from), Tom's Hardware and the leaked new BIOS has been carried out in a timely mannetestIn the test, Ryzen 7 3700X can reach the nominal 4.4 GHz correctly, but when using the old 1.0.0.3 AB microcode, their 3700X can only reach 4.375 GHz.

Generally speaking, Tom's Hardware believes that the new microcode does improve the performance of Zen 2 processor, which significantly changes the thermal threshold of the processor.

Hello, everyone! We are pleased to see your support and the strong momentum of AMD's third-generation Revlon processors on the market. We will continue to follow your feedback. Today, we have updated the processor acceleration behavior, desktop standby behavior and monitoring SDK that we are concerned about. The first two changes will come in AGESA 1003ABBA, and we plan to release SDK on development.amd.com on September 30.

It is expected that the official BIOS updates of motherboarders will come in the near future.

Related news
Old motherboard support PCI-E 4.0 angered AMD? Gigabyte's new BIOS removes this benefit
AMD three generations of Ruilong full of blood BIOS leakage: the measured results are surprisingly effective
AMD releases new BIOS microcode to solve Zen 2 processor acceleration problem.
The latest BIOS Measurement of AMD Ruilong 3000: the Rui Frequency rate has finally become true and the performance has been improved by 1%.
The latest BIOS of AMD sharp dragon processor has a surprise: x570 is compatible with a generation of sharp Dragon
Hot news this week
Challenge the fierce rival Intel amd Su Zifeng: This is just the beginning!
Musk is going to blow up the rocket tomorrow
Huawei mate XS Ministry of industry and information technology access: equipped with Kirin 990 5g, better hinge / screen
Can't OEM 16nm chips for Huawei? TSMC: hard to estimate but ready for changes in export control at any time
Samsung Galaxy a71 5g exposure: equipped with exynos 980, square four shot
Magic mobile phone protection shell, match 20 Pro for sale, match 30 Pro for second change
NetEase cloud music and station B could be the only two accidents
Unsealed Taobao account in 980: no malicious refund
TSMC denies being pressured by the us to set up factories in the US: there is no final decision at this stage
Samsung Galaxy a71 5g exposure: cheap "note10" with exynos 980 and square four shot
The most popular news this week
NetEase cloud music and station B could be the only two accidents
Microsoft CEO: technology companies should protect data privacy just like human rights
CAAC: no refund fee for air tickets from 0:00 on January 24
President of Xiaomi International: Xiaomi still wants to enter the US market dominated by apple and Samsung
Over 80 million yuan of contract has been awarded to golde infrared for the application of self-developed chips in the prevention and control of pneumonia
Huawei Developers Conference Announces Extension: Change to Live Online as a New Pneumonia Epidemic
Microsoft chromium edge stable edition ushers in the "new tab" after function improvement
Huawei P40 Pro toughened film spy exposure: the effect of increasing screen curvature is worth looking forward to
DxOMark announces iPhone 11 score: 109 points, just equal to Huawei P20 pro of the year before
Google and Mozilla are sending cake to Microsoft's new edge team