Chinese consumers'response to the new iPhone was flat and did not support 5G as the main reason. 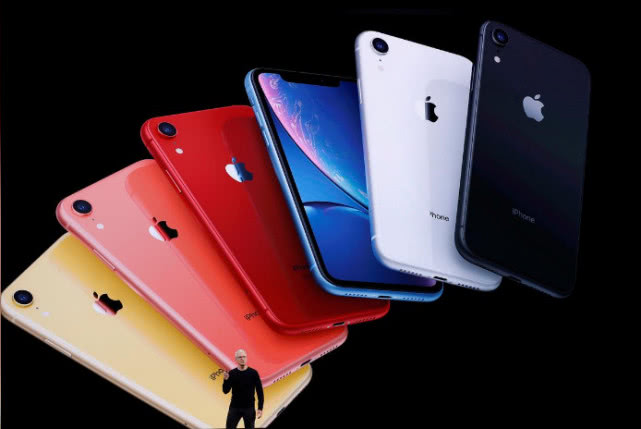 Tencent Technologies News, according to foreign media reports, for Apple, because the world's largest smartphone market, China, is full of competitors with lower prices and richer functions, lower prices and new features alone will not be enough to win the company's new iPhone 11 products in the Chinese market. Households.

Apple launched three new iPhones in California on Wednesday, but analysts and Chinese social media reacted coldly. In recent years, the US technology giant has been losing ground in the Chinese market, outperforming its local competitors.

The higher-priced iPhone 11 Pro will have three rear cameras, starting at $999. The larger screen of the iPhone 11 Pro Max starts at $109.

Not surprisingly, none of the three new iPhone models support 5G networks, leaving them behind the 5G phones already released by Huawei and smaller rival vivo. In this connection, a Chinese Weibo user said:

According to a joke circulating on Chinese social media, Tim, Apple's chief executive,

Speaking of features, Apple has launched a new major feature for American buyers, a $5-a-month streaming service, which will not be launched in China.

According to Canalys, a market research company, Apple's share of the smartphone market in China fell to 5.8% in the second quarter of this year, down from 6.4% in the same period last year, as Huawei's mobile phones received strong support from Chinese consumers.

But some analysts said Apple's lowering the starting price of the new iPhone was a positive sign. This is also one of the most heated topics in Weibo's discussion on Wednesday. CFRA analyst Angelo

Apple's new iPhone will be booked from Friday and will go on sale on September 20. (Tencent Technology Compiler / Mingxuan)

Related news
Can't the 5G iPhone 11 cure apple's heart?
Chinese consumers'response to the new iPhone was flat and did not support 5G as the main reason.
Foreign media said that Apple's 5g iPhone must be popular: Chinese users will pay a lot
Most expect iPhone to jump ticket: Apple may delay the launch of dual band 5g iPhone
Hot news this week
Challenge the fierce rival Intel amd Su Zifeng: This is just the beginning!
Musk is going to blow up the rocket tomorrow
Huawei mate XS Ministry of industry and information technology access: equipped with Kirin 990 5g, better hinge / screen
Can't OEM 16nm chips for Huawei? TSMC: hard to estimate but ready for changes in export control at any time
Samsung Galaxy a71 5g exposure: equipped with exynos 980, square four shot
Magic mobile phone protection shell, match 20 Pro for sale, match 30 Pro for second change
NetEase cloud music and station B could be the only two accidents
Unsealed Taobao account in 980: no malicious refund
Samsung Galaxy a71 5g exposure: cheap "note10" with exynos 980 and square four shot
TSMC denies being pressured by the us to set up factories in the US: there is no final decision at this stage
The most popular news this week
NetEase cloud music and station B could be the only two accidents
President of Xiaomi International: Xiaomi still wants to enter the US market dominated by apple and Samsung
Over 80 million yuan of contract has been awarded to golde infrared for the application of self-developed chips in the prevention and control of pneumonia
Huawei Developers Conference Announces Extension: Change to Live Online as a New Pneumonia Epidemic
Microsoft chromium edge stable edition ushers in the "new tab" after function improvement
Huawei P40 Pro toughened film spy exposure: the effect of increasing screen curvature is worth looking forward to
DxOMark announces iPhone 11 score: 109 points, just equal to Huawei P20 pro of the year before
Google and Mozilla are sending cake to Microsoft's new edge team
Samsung Galaxy S20 series is expected to debut on March 13: simultaneous exposure of price information
Google released the most powerful 1 / 3 brain map of Drosophila, with 25000 neuron connections accurately located!