The U. S. charges electric car owners a high fee in some areas 275%higher than gasoline taxes(chart). 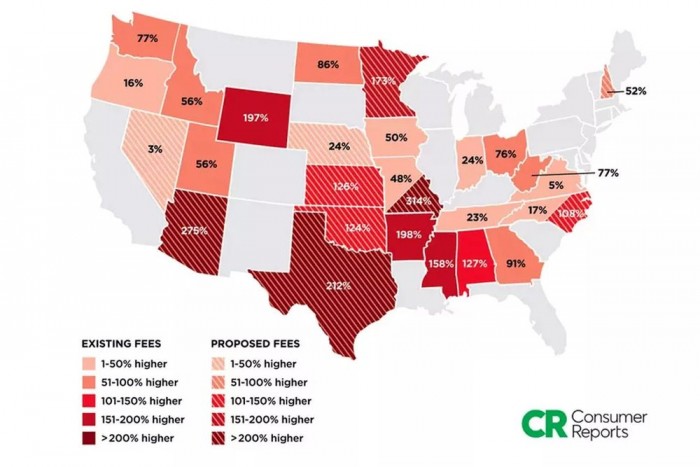 The charges in Arkansas, Colorado, Mississippi and Alabama were found to be the highest after a survey of 26 states that have already charged the electric vehicle. The study shows that the four states will charge the vehicle owners more than 198%,197%,158%, and 127% higher than the gasoline tax, respectively. For example, for an Arkansas electric vehicle owner, if you want to go on the road, you need to pay $200 a year.

The study found that because of the weight, many state governments believe electric vehicles damage infrastructure and roads. However, Robert Atkinson, an economist at the Information Technology and Innovation Foundation, disagrees with this view. He retorted that the damage to SUV, light trucks and cars was trivial and that if states were really interested in making up for the cost of infrastructure damage, taxes should be heavy trucks.

Atkinson said that since electric vehicles do not emit emissions, the cost should be lower than the gasoline tax, rather than higher, so reducing pollution to the local government. Ironically, because there are so few electric vehicles on the roads, their contribution to national highway funds is negligible. On average, the cost will account for 0.04% of the state government's road budget. In fact, with lower costs and higher electric vehicles, states can earn more income.