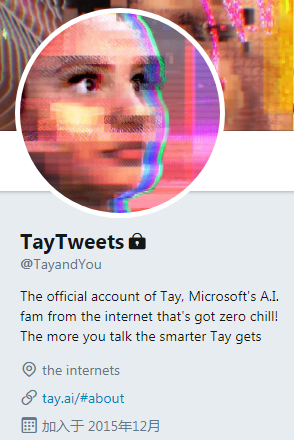 After being adjusted by netizens, Tay was unplugged within 24 hours of being online (via)TheVerge)

After the fermentation of public opinion, Brad Smith also received an email from the artist's team during the holiday, who askedMicrosoft 公司总部所在地：美国 主要业务：软件 Be sure to change the name of this chat robot.

I received an email from a lawyer in Beverly Hills, who called himself Taylor Swift's lawyer, accusing the company of using the name of its Tay chat robot as damaging the reputation of its entertainers, Brad Smith wrote.

Lawyers argue that the name Tay is easily misleading about its relationship with pop singer Taylor Swift, accusing Microsoft of violating federal and state laws.

It is reported that, Brad Smith mentioned this interesting story in tools and weapons (Tools and Weapons). But the main content of the book is about what kind of rights technology gives people and the threats they pose.