Huawei has a total of RMB 6 billion, with the holding of 25 billion cash and the first exposure of the five core data 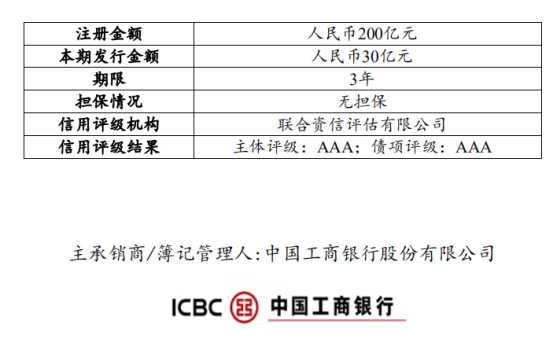 Not only that, Huawei's cash position is also very good. By the end of the first half of 2019, Huawei had a monetary capital of 249.731 billion yuan and a bond balance of 30.782 billion yuan, indicating that Huawei had previously issued bonds overseas, including two RMB dim sum bonds and four US dollar bonds.

2. Huawei responded by calling for optimizing the financing layout

However, Huawei also stressed that the company operates steadily and has ample cash flow. In addition, through the joint credit evaluation by rating agencies, the long-term credit rating of Huawei as the main body is AAA, and the credit rating of medium-term bills in the current period is AAA, which indicates that the company has a strong ability to repay debts, is basically not affected by the economic environment, and the risk of default is very low.

It is understood that the main underwriters of Huawei's two-phase medium-term bills issuance are ICBC and CCB respectively, and the two-phase rating agencies are joint credit rating agencies. In the fund-raising statement, the joint credit believes that Huawei's core operators operate steadily, consumers and enterprises expand rapidly, and have strong overall profitability and cash. Capability of acquisition and reinvestment; the scale of assets and equity continues to grow, cash assets are abundant, and debt burden is relatively light.

It is worth mentioning that with Huawei's debut in the domestic bond market, the home of the company's internationally renowned telecommunications enterprises has also been exposed for the first time.

1. The seven members of Huawei are over 30 years old.

According to the prospectus, by the end of 2018, the total number of employees in the company was about 180,000, coming from nearly 160 countries and regions around the world. Among them, about 80,000 people are engaged in research and development, accounting for 45% of the total number of companies.

The prospectus shows that on December 28, 2018, Huawei's registered capital was 22.237 billion yuan, Huawei's trade union committee held 98.99% of the shares, and Ren Zhengfei, the founder and president, held 1.01% of the shares.

3. Huawei Terminal's performance doubled in the first half of the year

Although Huawei disclosed the company's mobile phone shipments at its semi-annual performance meeting, it did not disclose the company's terminal business revenue.

The instructions also show that at present, Huawei's terminal mobile phone sales profit model is: some products are supplied to domestic and foreign open market channel partners and telecom operators, and are sold through retail partner stores, electrical appliances stores and operation stores. This part of sales accounts for about 80% of terminal business revenue, and the company earns terminal production. The profit margin between wholesale price and production cost; the other part is directed to individual end-users.Mainly through self-operated e-commerce platform and direct stores for sales, sales revenue accounted for about 20% of terminal business income, the company earned profit price difference between retail prices and production costs of terminal products.

The solicitation brochure for the first time exposed the overall sales of Huawei smartphones in the past three years. In the first half of this year, 118 million units were shipped, an increase of 24% over the same period last year. Huawei's consumer business mainly provides products such as mobile phones, personal computers and tablets, wearable devices, mobile broadband terminals, home terminals and consumer clouds. In the whole year of 2016-2018 and the first half of 2019, the business income of consumers was 180.219 billion yuan, 23.85 billion yuan, 346.098 billion yuan and 21844.64 billion yuan, respectively, which maintained high-speed growth.

Over $4 billion in investment from 5G and 5G

The prospectus shows that Huawei has invested more than 10 years in 5G technology research, with a total investment of more than $4 billion. It is the first to build a 5G scale commercial capability to achieve 5G minimal deployment, minimal site, extreme experience, and smarter maintenance.

By the end of June 2019, Huawei had signed 50 5G commercial contracts with leading operators in the world, and more than 150,000 5G base stations were sent to all parts of the world.

In addition, in the field of smart cities, Huawei's business helps more than 40 countries and regions around the world, and more than 200 cities carry out smart city construction.