Next generation MIX is named "alpha"? MIX Alpha and Millet Watch Trademarks have been applied 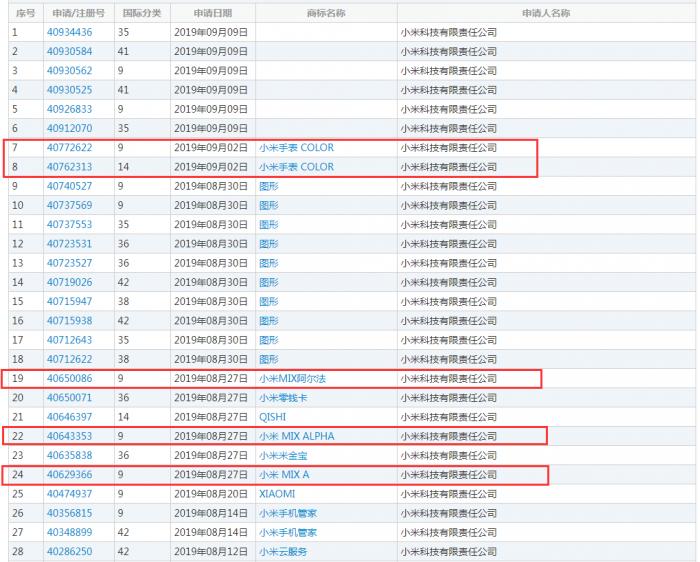 About the next generation of MIX products,Current news shows that it is expected to launch 100 million pixels, which is millet andSamsungThe 100 million pixel sensor jointly released by ISOCELL has an unprecedented resolution of 12032 × 9024 and a pixel number of 180 million.

In the core configuration, the new MIX series of millet is expected to carry Qualcomm Lulong 855 Plus flagship platform, and may be equipped with UFS 3.0 flash memory, support wireless charging, and may support wireless reverse charging.

@ Mocha said the millet watch is equipped with Qualcomm dragon wearing platform, all with NFC, one side and one circle.

In addition, millet 9Pro, the second 5G New Millet plane, will be launched soon, and it is expected to make its debut at the end of this month.