Without 6GB, Geekbench runs show that Apple's iPhone 11 is fully equipped with 4 GB of memory 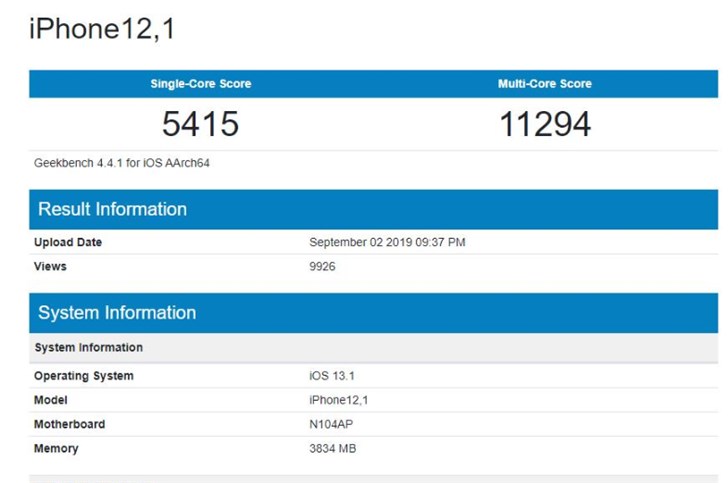 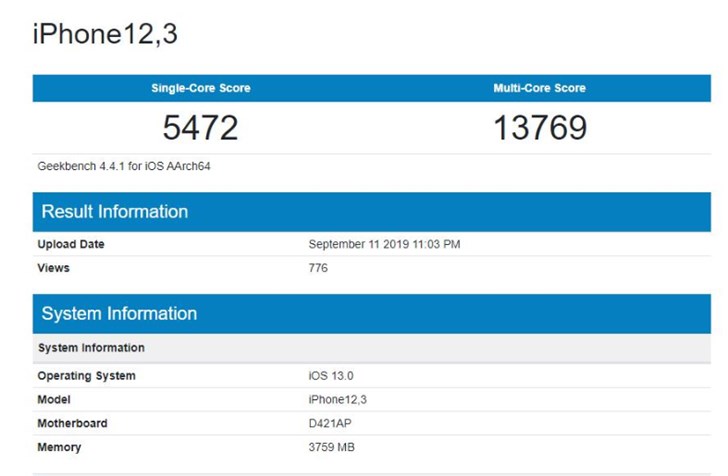 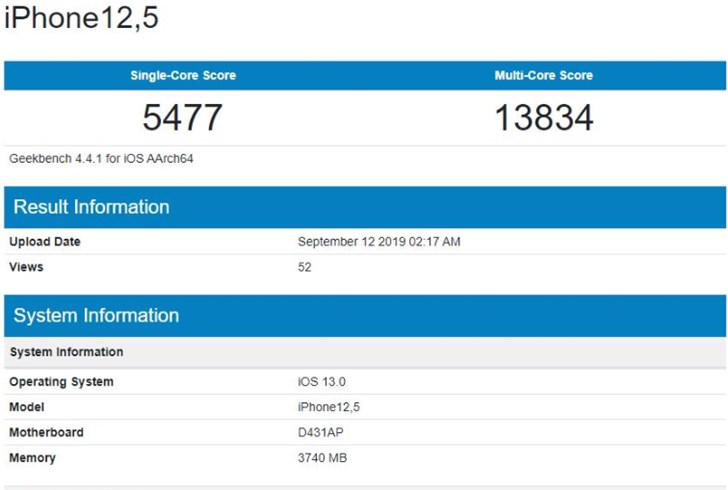 As for A13 bionic processors, the runs of the iPhone 11 Pro Max were the highest, with 5477 points for single core and 13834 points for multi-core.

Unlike the Android memory war, Apple seems confident in memory, which seems to have a lot to do with iOS system optimization. Do you think the iPhone 11 is fully equipped with 4 GB of memory?

Related news
Appearance of the iPhone 11 Pro in GeekBench: Memory 4 GB, A13 run points increased by 20%
4 GB or 6 GB? How big is the iPhone 11 Pro?
Without 6GB, Geekbench runs show that Apple's iPhone 11 is fully equipped with 4 GB of memory
Xcode confirms that all three new iPhones have 4 GB of running memory
Xcode reconfirms that the new iPhone is equipped with 4GB memory
No longer "stingy" iPhone is expected to grow to 6GB next year
Hot news this week
Challenge the fierce rival Intel amd Su Zifeng: This is just the beginning!
Musk is going to blow up the rocket tomorrow
Huawei mate XS Ministry of industry and information technology access: equipped with Kirin 990 5g, better hinge / screen
Can't OEM 16nm chips for Huawei? TSMC: hard to estimate but ready for changes in export control at any time
Samsung Galaxy a71 5g exposure: equipped with exynos 980, square four shot
Magic mobile phone protection shell, match 20 Pro for sale, match 30 Pro for second change
NetEase cloud music and station B could be the only two accidents
Unsealed Taobao account in 980: no malicious refund
TSMC denies being pressured by the us to set up factories in the US: there is no final decision at this stage
Samsung Galaxy a71 5g exposure: cheap "note10" with exynos 980 and square four shot
The most popular news this week
NetEase cloud music and station B could be the only two accidents
Microsoft CEO: technology companies should protect data privacy just like human rights
CAAC: no refund fee for air tickets from 0:00 on January 24
President of Xiaomi International: Xiaomi still wants to enter the US market dominated by apple and Samsung
Over 80 million yuan of contract has been awarded to golde infrared for the application of self-developed chips in the prevention and control of pneumonia
Huawei Developers Conference Announces Extension: Change to Live Online as a New Pneumonia Epidemic
Microsoft chromium edge stable edition ushers in the "new tab" after function improvement
Huawei P40 Pro toughened film spy exposure: the effect of increasing screen curvature is worth looking forward to
DxOMark announces iPhone 11 score: 109 points, just equal to Huawei P20 pro of the year before
Google and Mozilla are sending cake to Microsoft's new edge team