"in this case, we cannot authorize Facebook to develop Libra. on European soil," Lemerre said. It is obvious to all that the monetary sovereignty of European countries is currently playing a role. "

Facebook released a digitally encrypted currency called Libra in June. Libra is scheduled to officially launch next year and is expected to provide digital trading and payment services to billions of potential users. Libra immediately attracted the attention of regulators around the world. 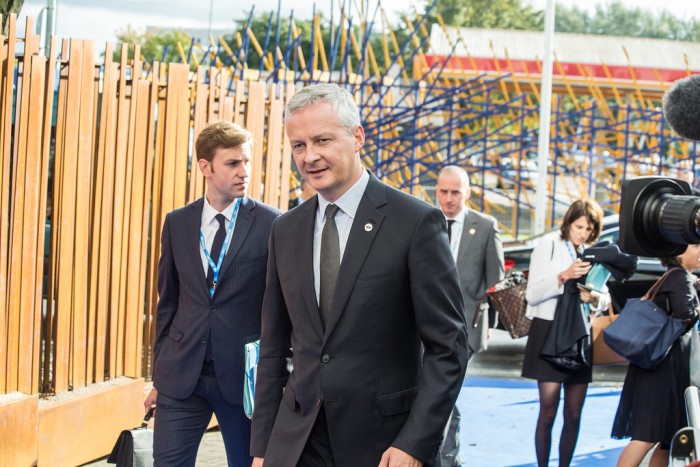 On July 17, Lemel also said that the conditions for Facebook to continue its Digital Encrypted Currency Libra program were not yet ripe. "We can't accept any convertible currency that has the same power and sovereign currency function," he said. It is necessary for us to supervise and make a very strong commitment and obligation to the project. At present, the Libra project does not meet these requirements.

In fact, the French government is not the only one worried about the Facebook Libra program. The central banks of the United States, the United Kingdom and Germany are also "paying special attention to" Libra.. Federal Reserve Chairman Jerome Powell (Jerome H. Powell) said in July that the program could not continue if the Facebook failed to allay concerns about Libra.

Yves Mersi (Yves Mersch), a member of the (ECB) board of directors of the European Central Bank, said earlier this month that the digital encrypted currency Libra in the Facebook plan could undermine the ECB's ability to make monetary policy, and people should not trust some of the unreliable commitments made by the Facebook to the Libra.

Facebook has said it looks forward to addressing policymakers'concerns about its encrypted currency plan. (Li Ming)

French Finance Minister: Facebook Libra must not be allowed to become a sovereign currency

French Finance Minister: the conditions for Facebook to continue to promote Libra are not mature

Related news
The UK government plans to scrutinize Libra and ask Facebook to provide more information.
Facebook cryptocurrency Libra may be banned in India
French Finance Minister: Never let Facebook Libra become a sovereign currency
Facebook publishing Libra Trump can't sit still and the Chinese central bank has already shot...
French Finance Minister: Facebook continues to promote Libra's conditions are not mature
G7: To give Facebook the most rigorous regulation of Libra
French Finance Minister: Will Prevent Facebook Digital Currency Libra from Entering Europe
France and Germany agreed to reject Facebook's Libra
Turn around! Facebook Libra suffered its first Waterloo? Payment giant PayPal announces withdrawal
EU plans to issue public digital currency instead of Facebook Libra
Hot news this week
Challenge the fierce rival Intel amd Su Zifeng: This is just the beginning!
Musk is going to blow up the rocket tomorrow
Huawei mate XS Ministry of industry and information technology access: equipped with Kirin 990 5g, better hinge / screen
Can't OEM 16nm chips for Huawei? TSMC: hard to estimate but ready for changes in export control at any time
Samsung Galaxy a71 5g exposure: equipped with exynos 980, square four shot
Magic mobile phone protection shell, match 20 Pro for sale, match 30 Pro for second change
NetEase cloud music and station B could be the only two accidents
Unsealed Taobao account in 980: no malicious refund
TSMC denies being pressured by the us to set up factories in the US: there is no final decision at this stage
Samsung Galaxy a71 5g exposure: cheap "note10" with exynos 980 and square four shot
The most popular news this week
NetEase cloud music and station B could be the only two accidents
Microsoft CEO: technology companies should protect data privacy just like human rights
CAAC: no refund fee for air tickets from 0:00 on January 24
President of Xiaomi International: Xiaomi still wants to enter the US market dominated by apple and Samsung
Over 80 million yuan of contract has been awarded to golde infrared for the application of self-developed chips in the prevention and control of pneumonia
Huawei Developers Conference Announces Extension: Change to Live Online as a New Pneumonia Epidemic
Microsoft chromium edge stable edition ushers in the "new tab" after function improvement
Huawei P40 Pro toughened film spy exposure: the effect of increasing screen curvature is worth looking forward to
DxOMark announces iPhone 11 score: 109 points, just equal to Huawei P20 pro of the year before
Google and Mozilla are sending cake to Microsoft's new edge team