Do you understand two top chips in a single article - Apple A13 beats Kirin 990?

[TechWeb] for many tech fans, Apple's autumn launch is like a holiday, and it is still expected to be brushed after the launch. In addition to the mixed bathrobe camera, another huge highlight of the launch is the Apple A 13 processor.

At the press conference, Apple rarely compared its machine with Huawei's P30 Pro, but the focus was on Apple's previous generation of A12 chips. 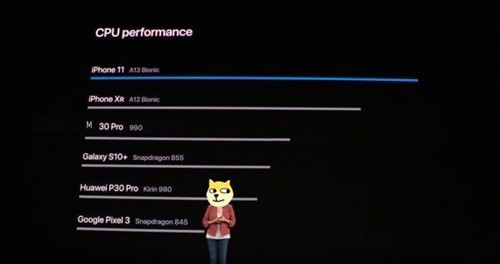 Of course, the real situation is not like this, because Huawei's latest Kirin 990 chip has not yet come out, and Apple can only take it.

First, let's take a look at Kirin 990. Kirin 990 has two versions of 4G and 5G. The main difference is whether it integrates 5G communication baseband or not. The 5G version supports two communication modes: independent networking and non-independent networking. It is in the forefront of the world, which is the biggest difference between the two versions. Here are some information about Kirin 990 (5G) for readers to ignore (please skip the next paragraph directly):

From the point of view of process, the board level area of 7nm EUV process is 36% smaller than that of other schemes in the industry. This is the world's first mobile terminal chip with more than 10 billion transistors, reaching 10.3 billion transistors. Compared with the previous Kirin 980, Kirin 9905G uses two large cores (based on Cortex-A76 development) and two medium cores (based on Cortex-A76) four small cores (Cortex-A55). Compared with the mainstream flagship chips in the industry, the single core performance is 10% higher and the multi-core performance is high 9%.GPU. Compared with the mainstream flagship chip of 16-core Mali-G76 GPU, industry, Kirin 9905G has 6% higher graphics processing performance and better 20%.NPU performance. Kirin 9905G uses Huawei self-developed Leonardo da Vinci architecture NPU, to adopt NPU dual-core NPU microncore computing architecture. In the face recognition application scenario, the energy efficiency of NPU micronuclei can be up to 24 times higher than that of large cores.

Of course, you can't believe all these materials. Just like listening to people, you should not only listen to what they say, but also listen to what they don't say. You can't just look at an official poster when you look at a chip. In my opinion, the advantages and disadvantages of a mobile phone chip should generally be seen from the following four aspects: 1. Communication, as a mobile phone, telephone and mobile network can be used anytime and anywhere is a major factor; 2. CPU and GPU performance, performance is the primary productivity, which need not be shivered; 3. Architecture, chip architecture is to determine the performance of mobile phones. 4. NPU, with the development of AI, AI is no longer just a matter of cloud, just like the appearance of GPU replaced part of the image processing function of CPU, NPU will soon become the next measurement index, so I will include it here.

Firstly, in terms of communication and 5G communication, Huawei can be said to be the dominant leader. There are base stations and baseband. Kirin 990 has launched the Balong 5G baseband worldwide, but there are also two problems. Firstly, the global 5G commerce is still immature. As a 5G leading country, China is only a pilot city. At present, there are only 26 pilot cities for the three major operators, and these 26 cities will be divided equally by the three operators. Before buying mobile phones, we must confirm which operator is the pilot city in which we are located. For most second and third-tier cities, 5G is not necessary. Secondly, 5G is not complete because of the construction of base stations. Prepare, 5G mobile phone use has a great fever problem. According to my previous test, when using 5G network download, the fever of mobile phone will increase sharply. Handheld can feel the increase of heat obviously, and the duration of 5G mobile phone will also be shortened to 60% - 70% of the original. So, from these two aspects, 5G is not a good choice at present.

Fourth, NPU: Kirin 970 is the world's first mobile processor with an NPU on the end side, when it was powered by the Cambrian 1H smart processor, which debuted on Huawei Mate20 and has a lot of cool tech in image and word processing. Two generations later, in Kirin 990, Huawei switched to a self-developed da Vinci architecture, and the AI has always been Huawei's strongest, with Kirin 990 running at 4.76 percent of the Kirin 980 on AI Benchmark Mark, showing its strong AI capabilities.

Performance Enhancement of AI is the trend of the two

As for the AI capability of mobile phones, many people think that AI is a server and has nothing to do with terminals. But the brilliant performance of Huawei Mate20 series can be recalled. Huawei Mate20 Pro used Kirin 970, which was the Cambrian 1H chip and the world's first mobile phone chip with NPU. That may be a bit unfair to Apple, because the relevant AI capabilities, Apple has long been, but people call the Bible Web Engine. In addition to the amazing performance of Kirin NPU series, the first is the image. Since 970, Huawei's flagship mobile phone can achieve AI portrait color retention, real-time portrait recognition and other functions. In this kind of black technology, Huawei users can be said to be addicted. 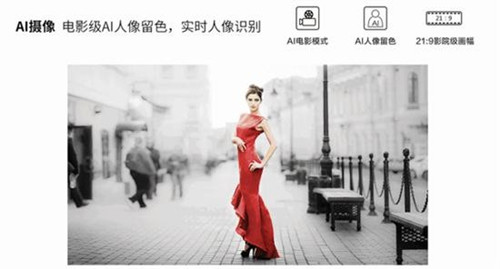 In addition, in portrait recognition, such as night scene intelligent complement, dark light shooting, skin grinding and so on, the NPU is playing a role. In terms of character recognition, Huawei phones with NPU can instantly translate text into foreign language and maintain similar fonts to the original text. As shown in the figure below, it is a Chinese paragraph translated with Huawei P 30 Pro.

Let's talk about apples. Since A11, Apple has installed a hardware dedicated to machine learning on its A series chips.

In a way, Apple's

From the amazing performance of the two giants, AI has increasingly become a major trend of future mobile phones, and will gradually become an indispensable part of future smartphones.

In addition, it should be added that the single GPU core area of A12 is 37% less than that of A11. Obviously, with the addition of the new 7nm process, A12 can add an additional GPU core while the area is further reduced. The area of neural network unit increases by 3.16 times, and the performance increases sharply. A13 is an upgrade based on A12, and the performance is of course more powerful.

Then, of course, to the most important part of this article, who can be better at Apple A13 and Kirin 990? Does Apple, which has always talked only about the user experience, start running points for the first time at the press conference and compare it with competitors? does this mean that the mobile phone has entered the era of running points, or does it mean that Apple, which has always been proud of it, has finally entered the era of running points?

In this conference, although Apple and friends have made a score comparison, the comparison chart shows that the performance of the iPhone 11 with A13 chip is far better than that of Huawei P30 Pro with Kirin 980. What is the strength of Shanglin 990? 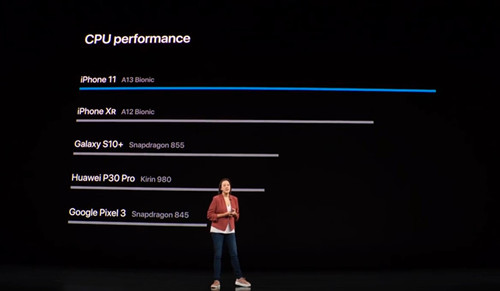 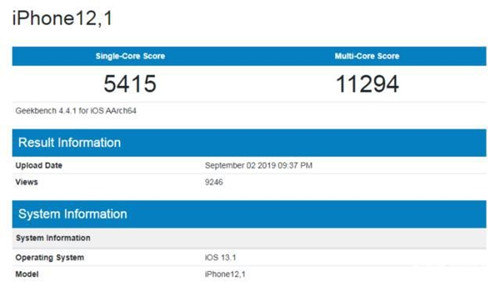 Based on the above inferences, it can be roughly concluded that:

1. The performance of Apple A13 chip is better than that of Kirin 990.

two。 The distance between Apple A13 and Kirin 990 is not very large, the fact is not spread on the Internet

3. The performance of Kirin 990 is limited by using A76 architecture. After the process enters 5nm, the next generation of Kirin chips will have a great catch-up space.

It should be pointed out that the above comparison is not very rigorous and scientific. There are some errors in the calculation of running score conversion, and only a general conclusion can be drawn. In addition, the same chip will have different performance on different machines. The specific performance of the two chips will be compared after Huawei Mate30 Pro is released.