Us FTC:, we repair the technology monopoly giant will not punish some money. 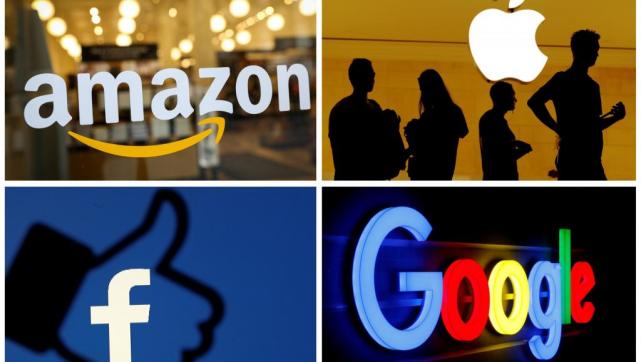 Tencent Technology News, from the federal government to the state government, to Congress, the United States political circles set off a wave of anti-monopoly investigations into technology companies, technology monopoly giants are facing unprecedented public opinion and regulatory pressure. However, there are also voices that some of the fines imposed on tech giants are only a drop in the bucket and do not have a fundamental effect.

Jopra (Rohit Chopra), a member of the Federal Trade Commission, told a U.S. media on Friday that simple financial penalties were not enough to address concerns about the strength of large technology companies, according to the latest news from foreign media.

At the federal level in the United States, the Federal Trade Commission (FTC) is one of the two enforcement agencies of anti-monopoly law, and the other is the Department of Justice. It is reported that the Trade Commission and the Ministry of Justice have formed a division of labor, the former investigating Amazon and Facebook, the latter investigating Google and Apple.

Chopra, a member of the Trade Commission, said:

In May 2018, Chopra became one of the five members of the Federal Trade Commission, including the Chairman. Its mission is to protect consumers by improving their competitiveness. There shall be no more than three members from the same political party.

It is reported that the two commissioners have also expressed dissatisfaction with the decision to fine $5 billion for Facebook.

The commission's $5 billion fine for Facebook stems from a series of scandals that violated consumer privacy, especially the Cambridge Analytics Corporation scandal, which violated previous reconciliation agreements between Facebook and the commission.

But after the fine was announced, public opinion said the $5 billion fine was too light for Facebook, which is only a fraction of Facebook's sales revenue and does not provide enough warning and deterrence to the Facebook.

Facebook, a social networking company, said in July that it was facing an anti-trust investigation by the Federal Trade Commission. Last week, a team of state attorneys-general announced that they would also start investigating Facebook.

Google, which faces intense censorship from EU regulators, became the subject of an antitrust investigation by 50 prosecutors on Monday. In addition, Congress and the Department of Justice have also begun to investigate Google.

Chopra says many government agencies come out to investigate technology monopolies, which is beneficial because of increased resources.

The Federal Trade Commission is also investigating whether Amazon has adopted anti-competitive business practices, according to foreign media reports. The agency interviewed small businesses selling products in the e-commerce giant's market. However, Chopra declined to comment on the detailed investigation.

On Friday, just hours after Mr. Chopra made the comments, the House Justice Committee said it had asked the chief executives of Facebook, Apple, Amazon and Google's parent company, Alphabet, to submit emails about antitrust practices over the past decade, which also investigated many of Apple's practices that impede competition in the market. This is another in a growing number of antitrust investigations into technology companies.

This summer, the Justice Department launched an extensive antitrust review of large technology companies. The company did not disclose the name of the company, but said the investigation focused on

Concerns about competition in the online market are growing, beyond the scope of a formal investigation. Senator Elizabeth Warren (Elizabeth Warren) of Massachusetts, for example, has called fo

Although some people, including Pankford, have questioned whether the current antitrust law is outdated and difficult to apply to technology companies, Chopra says he believes there are things that can be done.

With regard to the Federal Trade Commission's anti-monopoly investigation, foreign media reported that the agency was investigating a large number of acquisitions by Facebook over the past few years (statistics show that Facebook has acquired more than 90 start-up technology companies altogether). The Commission suspected that the purpose of Facebook's acquisition was to pose a threat to its rivals. Firstly, it is eliminated by acquisition.

Another investigation by the Commission is whether Amazon has taken advantage of its dominance of online stores to the detriment of businesses. (Tencent Technology Reviser / Chengxi)

Related news
U.S. Department of Justice and FTC reach an agreement to increase anti-monopoly review of Amazon
The US government reached an anti-monopoly division: FTC monitors Amazon, the Ministry of Justice is responsible for Google
Come true? US FTC chairman wants to demolish technology giants such as Google
FTC V Qualcomm antitrust win, but challenged by a judge of the court of appeal
Hot news this week
Rich AMD b550 motherboard: 55 models are fully exposed
Director Wang Jing! Tencent Video: see you on May 22
Huawei the cheapest 5 G phone! The Z 5G is about to be released :90 Hz Water Drop Screen Plus
Huawei released operation data: an increase of 131.7 billion in R & D investment 29.8% Inventory up 167.4 billion 73.4%
Windows 10May 2020 information summary: release time, new features, etc .(figure)
Why does China's semiconductor industry not have to be pessimistic?
Japan's first listed company goes bankrupt: China Ruyi group's abacus fails?
Novel coronavirus pneumonia will be approved by the European Union after the United States and Japan. Reed will be used to treat new crown pneumonia.
Li Nan: abandoning Google and Qualcomm completely also has a single market of millions
Three generations of sharp dragon make new! Amd ryzen 7 3750x / 3850x exposure: 105W super frequency little prince?
The most popular news this week
Microsoft speed! Windows 10 2021 will come next month
Make masks more fashionable? US clothing industry takes over the market of non-medical masks
Analysis on the performance improvement of the whole line high frequency multi-core ten generation core game
Microsoft Surface duo brings improved stylus support for Android system
Microsoft is recruiting 16 engineers to speed up the development of folding dual screen mobile phones
[multi map] the new Cortana is separated from the "beta" label in the Microsoft Store
Chinese engineers suspected of cheating $1.5 million in anti epidemic loans in the United States: arrest
48 million main camera 120 Hz screen Redmi the most affordable 5 G mobile phone on the shelf :1799 yuan
There's a new change in iPhone 12: airpods sales are going up, and apple is doing it on purpose
Huawei Changxiang Z brings dual-mode six band 5g to the stage to make 5g purchase in one step