The leaked version of Google Camera 7.0 has a night mode that may be used to shoot stars. 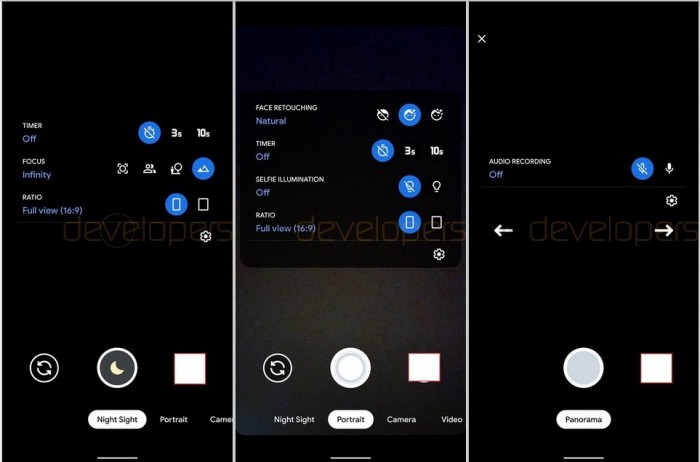 The main camera on Google Pixel 4 XL is also based on the 12 megapixel Sony IMX 363 sensor that we are familiar with, but unlike last year, Google finally gave it up.Mobile phoneAdd an extra 16 megapixel long focus lens and another lens with an incomplete purpose. In camera applications, the Night Sight Night mode has a new "Infinite Far" focusing option, so it may be used for shooting stars.

In addition to this possible mode of shooting the stars, Pixel 4's camera also includes a long shutter button to shoot short videos. In addition, there is even a camera shooting teaching mode to teach users to use different camera modes flexibly in different situations to take the best photos.

The Pixel 4 series will officially appear at Google's launch on October 15, and other Pixel phones will receive updates to this version of Google's camera next month.