Foreign Media: The iPhone 11 shows that Apple is turning into a camera company 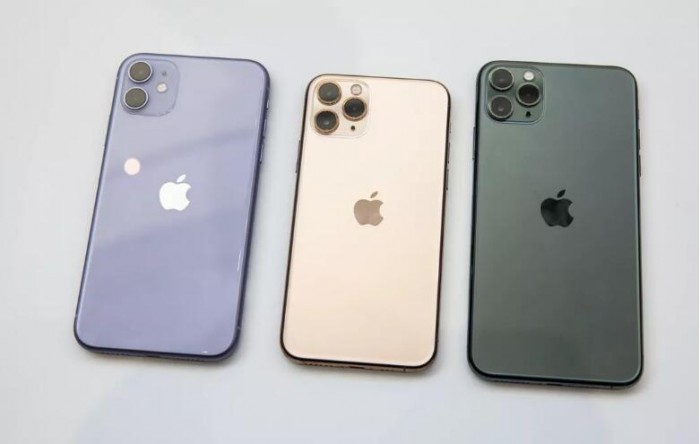 Technological industry analysts believe this is another indication that Apple believesThe photo function has the greatest room for improvement, and can become withthree stars andHuawei Important differences of competitors, the lattercellphonePhotography is even better than the iPhone in some respects.

According to an analysis by independent Apple analyst Neil Seibart (Neil Cybart), Apple spent 13 minutes talking about the high-end iPhone 11's professional cameras at a 100-minute press conference, longer than the Arcade,Apple TV or the newIPadIt is only a little less than 16 minutes of Apple Watch. According to activity records, Apple also spent seven minutes introducing low-end iPhone 11 cameras.

"camera, this is the new iPhone 11." Gerryl Unger (Jeriel Ong), an analyst at Deutsche Bank, wrote in the research paper earlier last week..

"Apple is embracing the so-called camera platform and positioning it as a prominent feature of the iPhone." Cybart wrote in Above Avalon's newsletter last Thursday.

Cameras are "what consumers are most concerned about and the source of innovation that most people expect." "this is an easy-to-use benchmark for users because it's easy to observe," said Annette Simmerman (Annette Zimmerman), an analyst at Gartner.

Phil Schiller (Phil Schiller), Apple's top marketing director, called the camera the most popular part of the iPhone on Tuesday. Apple CEO Tim Cook (Tim Cook) says the company has arranged for 800 employees to improve iPhone cameras. In addition to the new color match, the most significant difference in the appearance of the iPhone 11 this year is the availability of more cameras.

The entry-level iPhone 11 comes with two cameras: an "ultra-wide angle" lens that can shoot more information and a more traditional lens. The iPhone Pro also comes with a zoom lens that draws closer to the subject without having to get close.

The main reason Apple has focused on improving its cameras this year is simple: consumers are concerned about the quality of their cameras, and they take lots of photos on their mobile phones. According to the analysis of the uploaded photos, Apple's iPhone is the most commonly used camera on Flickr.

Julie Ascoe (Julie Ask), an analyst at Forrester, said: "cameras are an important reason why consumers upgrade their phones." She also believes that display screens are also a key feature that consumers consider when upgrading. (this year's iPhone is the same as last year's screen.)

"the number of cameras on the back of the iPhone will become a social signal in a strange way," Cybart predicted.

The night pattern is an example. This new feature uses machine learning to highlight photos taken under low light. Similar Night Sight features areGoogleThe key features of the Pixel phone last year and appeared in advertising in the United States.

Analysts also highlighted how Apple uses artificial intelligence and machine learning to call multiple photos a better picture. The combined effects of these photos are better than those taken by a single camera cell phone. Apple calls this feature Deep Fusion, which is not available with the new iPhone, but will be added to future software updates.

"It will take nine pictures. Before pressing the shutter button, it had taken four short images and four minor images. "After pressing the shutter button, it takes a long exposure, and within a second, the nerve engine will analyze the smallest combination of long and short images, select the best image, select all the pixels, scan 24 million pixels one by one, optimize the details, and achieve noise reduction. "

Mr. Simmerman said Apple's secret weapons are more reflected in software and how Apple uses AI for photography. "they showed off the Deep Fusion capabilities to help shoot the details of the widgets, which are driven by the artificial intelligence capabilities of the A13 Bionic."

"It takes a lot of resources, and only a few companies can do that, so Apple ranks in the top five, but are they the first company to launch a three-camera phone using artificial intelligence and high-end hardware? No. She points out that Samsung and Huawei are both selling three-camera phones.

The rise of "professional" cameras on smartphones has led to a sharp drop in sales of single-function cameras, according to an analysis of camera and image products association statistics by venture capitalist Om Malik (Om Malik). Only 20 million digital cameras were sold in 2018, down from 120 million in 2008.

"With hundreds of millions of mobile phones sold each year, companies like Apple, Google, Samsung and Huawei are likely to invest billions in research and improvement of mobile cameras, as well as software and algorithms." "Thanks to better chips, better processing, better sensors and improved algorithms, the future belongs to computational photography," Malik wrote.

Related news
iPhone and Apple Watch are expected to be used to prevent stroke
Hot news this week
***
Taobao responded that the user account was disabled in 980: too many refunds triggered the regulatory mechanism
Samsung will invest more than $5.7 billion in NAND flash chip production line in hanzeng
Samsung global starting Intel Lakefield 5 core processor :10 nm 22nm mashups
Huawei TSMC hired two white house lobbyists for its second largest customer
New screenshot of microsoft flight simulation focuses on Boeing 747
Combination of Wi Fi 6e and Bluetooth 5.2! Qualcomm announces the fastest wireless solution in the world
The first millet mobile phone in India! Xiaomi, head of India, remembers Mi3: the first sale of secku's e-commerce system collapsed
Not only Huawei Kirin 710 domestic 14nm, but also the second customer: USB 3.2/pcie 3 all in one
Lenovo small new pro 13 sharp dragon version uses phase change silicone grease: CPU copying machine is stable, 35W performance is improved by 4%
The most popular news this week
ZTE axon 11 4G quietly launched: equipped with MediaTek p70 168g
NASA spacecraft captured the amazing view of comet atlas speeding past the sun
"Online game anti addiction system and real name authentication service protocol" appears on the page of steamdb
One click uninstallation of Chinese apps: farce or real crisis?
Tesla's autopilot has to step through these pits before it can "roll over"
The first one in the Galaxy: this software can control the iPhone freely on the computer
LETV: the company's shares will enter the delisting consolidation period from June 5
Claims over $5 billion! Google's traceless model has been sued for violating millions of users' privacy
Microsoft confirms Xbox series X will launch in Japan
Behind apple tmall's "unprecedented": survival or change?