Apple Stores around the world will reopen on Friday

But for some of the earlier Apple Stores, the early design style may not match the space required for existing in-store activities, so the transformation of the Apple Store often occurs.

Apple announced at its autumn conference last week that the Fifth Avenue store will be on September 20th (this Friday).IPhoneThe 11-series launch date is reopened, but in fact, in addition to Apple Fifth Avenue, many Apple Stores around the world will be "new" on September 20 after a period of transformation. 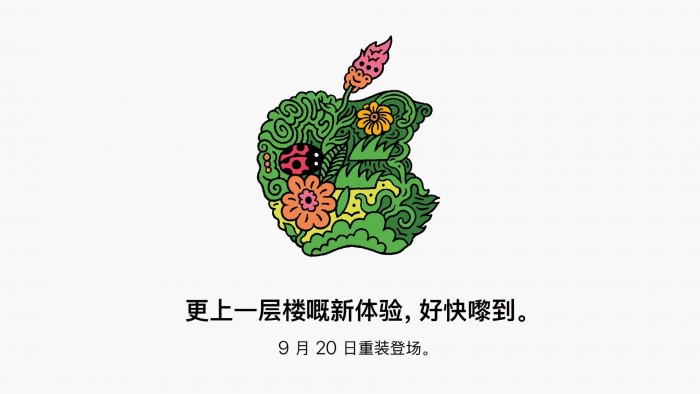 Apple Tianhuan Plaza, which opened on January 28, 2016, was Apple's first retail store in Guangzhou. It was the last time Apple adopted the classic design of Apple Store. At that time, the opening event attracted thousands of fruit fans to visit.

The retrofitted Apple Tianhuan Plaza will be able to undertake more Today at Apple courses and retail services. Specifically, there will be more product exhibition shelves on the first floor, while the space on the second floor will include "Forum Interactive Workshop" and Video Wall, where visitors can learn to cover photography, music, programming and design. Today at Apple Free Course on Other Topics.

The renovation space of Apple Tianhuan Square will open on September 20.

As the eighth in Japan, as well as the third Apple Store in Tokyo, Apple's Apple table, which opened on June 13,2014, was also in person to attend the opening ceremony of the Apple table.

The renovation space for Apple Tables will open on September 20. 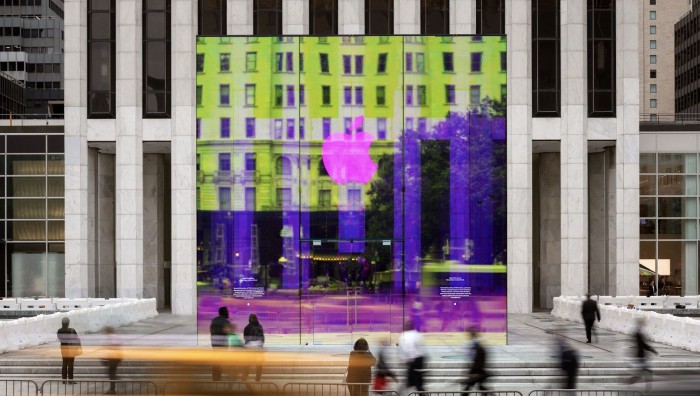 Apple Fifth Avenue in New York has become one of the local landmarks. The Apple Store, which opened in 2006, has a landmark glass cube entrance and staircase that allows customers to access a huge underground retail store.

In order to increase passenger flow and normal maintenance, Apple's Fifth Avenue Store has undergone several renovations, the longest one started three years ago, and has continued to this day. During the renovation period, the Fifth Avenue Store is not allowed to temporarily relocate to other nearby stores.

But after a long makeover, apple has also announced at its fall launch that the 5th avenue store will reopen on september 20th, and recently its iconic glass cube entrance has been affixed with a "color film." The revamped underground space will double to accommodate more customers. For underground engineering needs, Apple even removed the glass cube as a whole in May 2017 and only reassembled it last year. 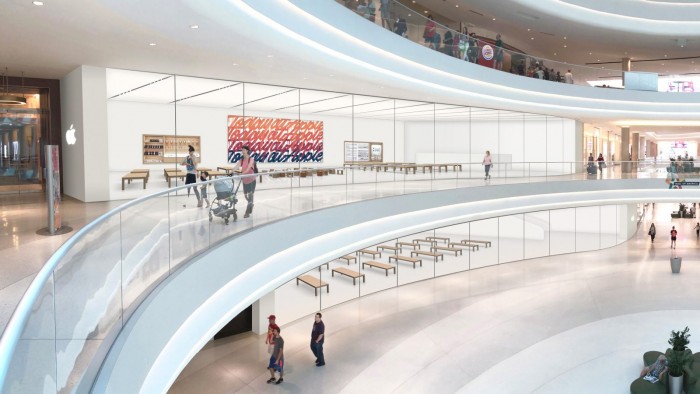 Apple's fourth Apple Store in the world came to Bloomington, Minnesota, in August 2001, after removing some of its early design elements from a previous renovation, until Apple began a new transformation at the end of last year. The e Store will have more space for today at Apple courses.

Like other new Apple Stores, the transformed Apple Mall of America will add Forum Interactive Workshop and Video Wall, which will provide a spacious and bright decoration style and more seats for customers to easily learn all kinds of courses, just like Apple Altamonte.

In addition to the above mentioned Apple Stores, the transformed Apple Highland Village and Apple Bridgewater will also reopen on September 20.

Related news
Apple Stores around the world will reopen on Friday
Amsterdam's Apple Store is now on a new look.
Many apple store retail stores in Beijing will be open from February 14
Apple will reopen another 100 U.S. Apple stores this week
Apple watch series 6 has started shipping to customers around the world, and real hands-on images have appeared
Apple one does not solve the problem of multiple Apple ID accounts (Figure)
Hot news this week
The developer of the dating app Tinder has reached an agreement with Google over billing rules for its app store
Still did it! Canada has banned Huawei and ZTE from participating in the country's 5G network on "national security" grounds
Red Elf Lightning erupts in the Himalayas Spectacular Spectacle: Experts Reveal What Exactly Is This?
Shipments in the first quarter fell 11%, exposed Xiaomi, OPPO, Vivo cut orders 20%, Apple bucked the trend to increase production
The founder of the Internet Quick Hand Su Hua was taken away for investigation, and the fast hand responded: the news was not true
Wang Xiang, president of Xiaomi, explained that a shortage of low-end chips is a major challenge in overseas markets
Or for Studio Display Pro, the release of Apple's 27-inch Mini LED-backlit Display has been delayed by October
Tencent Q1: The business service business has "slightly decreased" year -on -year, and resource centralized video cloud and network security | View financial report
One picture to understand! Blue Factory has issued 3 new machines in a row: self-developed chip blessing, the narrowest lower border
Sony released the active noise-canceling headphones WH-1000XM5, equipped with 2 chips and 8 microphones
The most popular news this week
Audi advertising poster photos only sell for 8 yuan? Photographers question the unreasonable use of the photo purchase
Twitter spent $150 million to settle privacy and security lawsuits with the U.S. government
Hong Kong Hang Seng Index Opens 0.5% Baidu Hong Kong Stocks Open More Than 2%
Amazon's new CEO participated in a shareholders' meeting for the first time: to restore normal profit, ready to cut off the excess warehouse
Baidu, Shunwei and Fosun are shareholders, and pharmaceutical Internet "unicorn" pharmacists help hand over the watch to the Hong Kong Stock Exchange
Google CEO Pichai: Recession fears intensify The cycle volatility in the tech industry is even more intense
Amazon CEO first appeared at the shareholders' meeting: to restore normal profit
Sony claims that the full recovery of membership upgrade fees is a technical error
Taobao 618 will be launched in the Yuan universe shopping: three -dimensional "shopping Taobao"
Yuncong will be listed on the Science and Technology Innovation Board on May 27 at 15.37 yuan per share