Most analysts are optimistic about the pre-sale data of the iPhone 11 and some are particularly pessimistic. 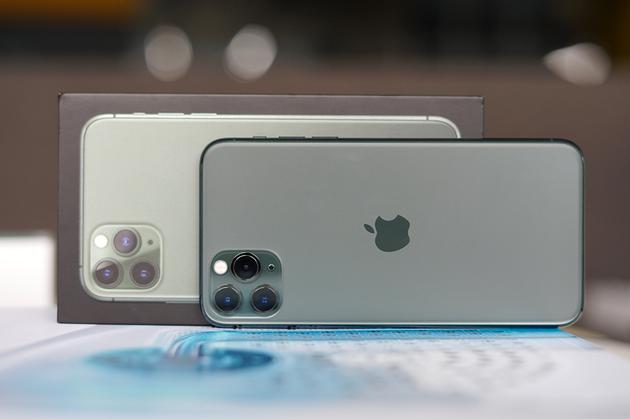 As usual, their conclusions are inconsistent.

Apple did not disclose pre-sale data. Earlier this year, Apple stopped announcing quarterly results.IPhoneSales, so that the business has been depressed before also covered with a layer of mystery.

Of course, Apple hopes to ship the iPhone 11 series of smart devices on September 20.Mobile phoneCan reverse previous sales trends. The same is true of investors'expectations.

In a research report released on Sunday, Guo Mingpi, an analyst at Tianfeng International Securities in Hong Kong, pointed out that the pre-sale volume of the iPhone 11 was "better than expected", which also improved his forecast of global shipments of Apple mobile phones. Guo expects Apple to sell 70 million to 75 million smartphones this year, up from 65 million to 70 million previously predicted.

Guo Mingyi's data does not include AT

Guo Mingpi wrote: "Apple's official website can better reflect the actual needs of consumers, because Apple's official channel accounts for 30% to 40% of the total shipments of the iPhone."

Guo pointed out that demand for Apple's $999 iPhone 11 Pro was strong. He attributed it to Apple.“Replace old ones with old ones” The plan and the "Annual Renewal of the iPhone" plan. The "old for new" program provides consumers with discount recycling of used mobile phones to help them partly offset the cost of new equipment. The "Annual Renewal of the iPhone" program allows consumers to buy new iPhones on 24-month instalments.

But some Apple analysts are more pessimistic about the demand for the iPhone 11. According to Jun Zhang, an analyst at Rosenblatt Securities, pre-sales of the 11-series smartphones in the U.S. and China dropped by up to 20% compared with last year's XS, XS Max and XR.

Only Apple knows the answer.

Only Apple knows exactly how the new iPhone is being pre-sold. So whose conclusion should we trust?

Ives rated Apple's stock as "outperform" with a 12-month target price of $245.

Overall, the average target price of Apple's shares for the 32 analysts who follow Apple is $223.93, which indicates that there is still room for a moderate rise in Apple's shares in the future.

Related news
Apple AR devices are the earliest or unveiled developer conferences that need to be bundled with the iPhone.
Apple faces double strikes, iPhone sales are once again seen as decline
IPhone 11, what an embarrassment!
Pre-order for the first launch of the iPhone 11 series exceeded expectations
Most analysts are optimistic about the pre-sale data of the iPhone 11, while others are particularly pessimistic.
Sales of the iPhone 11 and the iPhone 11 Pro in the United States wait longer than in 2018
Three major market intelligence companies: iPhone sales will soon stop falling
Rosenblat Securities: Apple cut iPhone 11 Pro production by 25%
Hot news this week
Britain and China are discussing involving Chinese enterprises in the construction of high-speed rail in the country
Amazon employee No.1: the giant is unstoppable, but there is evidence for the split
100% full screen? Samsung Galaxy note 20 first exposure: or in July
Xiaomi tmall super brand day ultimate battle report: the first sales volume of 61 items sold for 300 million yuan!
US announces import tariff on EU aircraft Airbus: Eventually will be paid by U.S. passengers
It's worth a try to use the mobile phone with homogeneous appearance
Paper clip Cope millet 10: Why is your home's Wi-Fi so slow?
Musk confirmed that the new Tesla Model s and model x range increased to 630 km
[multi figure] learn about the windows 10x system for dual screen devices
Fold for fold: is Motorola Razr really a 100% mobile phone?
The most popular news this week
When will the epidemic return to zero? Expert response of emergency center of China CDC
NASA insight lander will push the stuck Martian mole
4199 yuan! Crowdfunding of No.9 electric C40 millet products: mobile phone Bluetooth inductive unlocking, constant speed cruise
The failure lesson of Baidu's sky price acquisition case
In order to resume Foxconn's "big move": the reward for new employees is more than 7000 yuan
Can recording sound make money? Facebook pays users to help improve speech recognition
The global sales volume of Volkswagen Group in January was 837000, with a year-on-year decline of 11.3% in China
Mattel announces the remote control version of Tesla cybertruck
Nail households finally take off their hats! Xiaomi 6 users change Xiaomi 10: Lei junbixin
U. S. cellular will use Samsung devices to promote 4G LTE and 5g networks