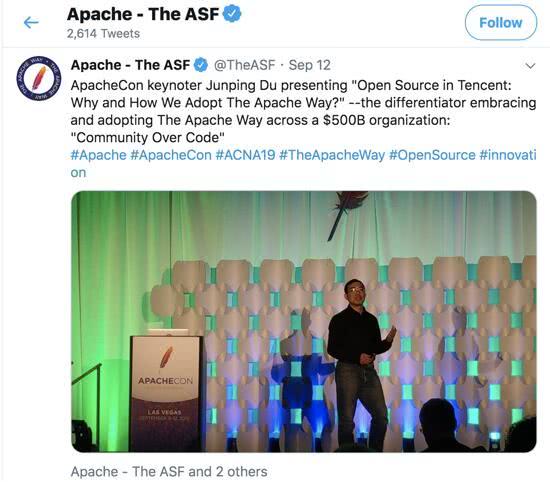 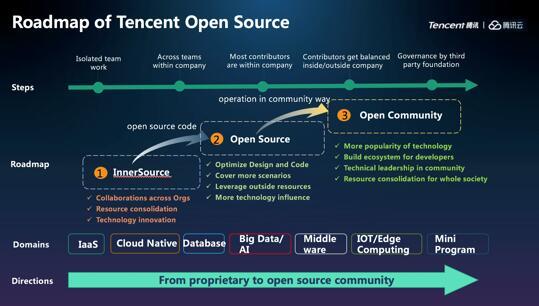 In recent years, Tencent in the open source pace continues to accelerate. As of September, Tencent has 84 open source projects, with more than 240000 Star. The focus areas include IaaS, container and cloud native, database, big data and AI, middleware, IoT/ edge computing, Mini Programs ecology and so on. In addition to continuously contributing to high-quality projects, Tencent also actively contributes to the open source community. In addition to joining the platinum members of many of the top open source foundations of the Apache Foundation, Linux Foundation, LFAI Foundation, OpenStack Foundation and MariaDB Foundation, many Tencent business teams and technicians are also actively involved in open source contributions and have been widely involved in the construction of dozens of communities and projects.

Tencent Cloud also helps open source technology land in many business scenarios, feedback open source through innovation. Typical includes Linux,KVM,MySQL,PostgreSQL,Kubernetes,Hadoop,Spark,TensorFlow and so on. Take KVM as an example, with the number of patch contributed to KVM, Tencent Cloud has been on the list of KVM open source contributions for two years in a row, becoming the public cloud manufacturer with the highest contribution in China.

Behind the rapid development of Tencent open source, it can not be separated from 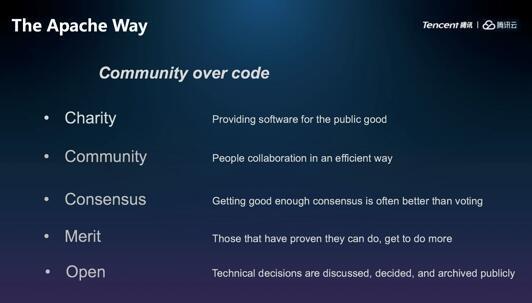 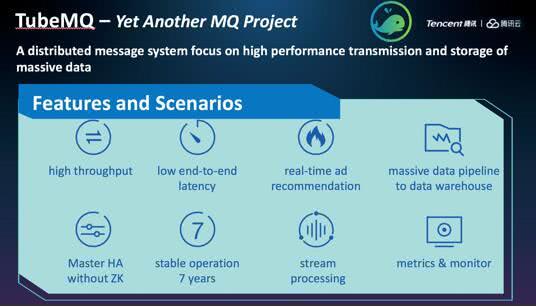 As one of China's largest Internet companies, Tencent handles amazing amounts of data every day. To support massive business, Tencent has set up a data Lake Collaboration Scheme with three layers: storage layer, data management layer and analysis layer. It manages a variety of data engines downward and supports a variety of data application requirements upward. TubeMQ is a message middleware system from Tencent's data Lake storage layer, which supports the inflow and operation of massive data. 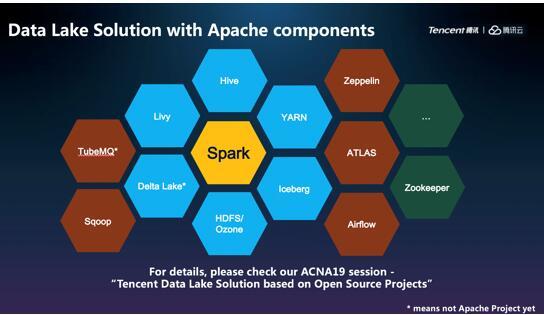 Tencent data Lake Scheme, the vast majority of its components are made up of Apache's open source projects

After nearly seven years of massive data precipitation on a trillion scale, TubeMQ currently receives more than 25 trillion messages a day. Compared with other open source MQ components, TubeMQ has been used in real production environment for a long time and has core advantages in stability, performance and cost.

As the Apache Foundation's first platinum sponsor in China, Tencent plans to donate TubeMQ to the Apache Foundation, and has started the incubation process, Du said. We hope to take TubeMQ as an important milestone and continue to contribute outstanding projects in the field of big data to feed back the open source community.