The Return Tide of Chinese Scientists in America: Why did they choose to come back from the top universities in China? 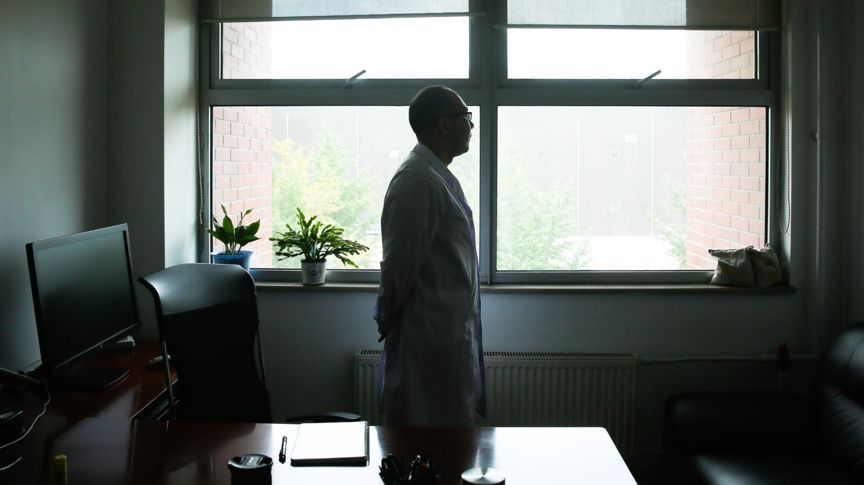 This is an important step for Han Ting, who has imagined his career and life in the United States.

However, the excitement of settling in the West soon disappeared. Han Ting, 36, returned to the Beijing Institute of Life Sciences two years ago as a researcher.

For decades, aspiring Chinese scientists, attracted by more career opportunities in the United States and opportunities to work in the world's top laboratories, have been expected to stay there. But recently, more and more doctoral and postdoctoral students from China have chosen to return home. About China.

This may mean that top scientists trained by American universities are

In order to attract the return of scientific research talents, China's investment in the field of science, the provision of generous salaries and complete laboratories and other powerful measures are well known. The scientists who chose to return home also mentioned other key factors, including the growing strength of China, closer space to relatives, the narrowing of the scientific gap between the two countries, and the growing difficulties in obtaining funding for scientific research and career bottlenecks in the United States. Although women researchers feel less sexist in the United States than at home, some scientists feel they are unpopular in the United States. Han Ting says this tide of return to China

Of particular concern to many Chinese researchers in the United States is that the National Institutes of Health (NIH) has increased its scrutiny of scientists with undisclosed sources of funding or links with institutions in other countries, except the United States, and that this action is particularly directed at Chinese scientists.

Ma Yingyi, a sociology professor at Xuecheng University (Syracuse University), has studied the flow of foreign students. She thinks the Trump administration's 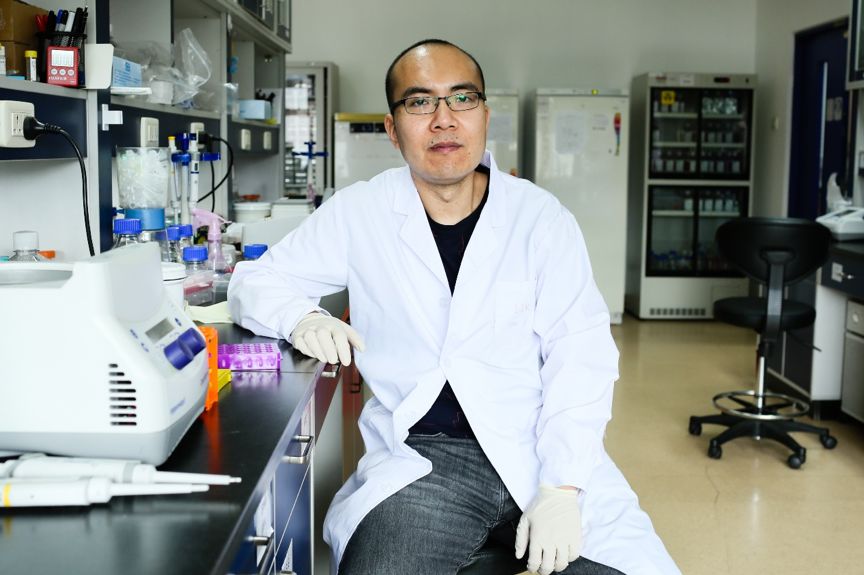 Two years ago, Han Ting returned to Beijing from the United States.

Ye Li and Han Ting, assistant professors at the Scripps Institute in California and former alumni of Tsinghua University, said most of their classmates went abroad at the time, and almost all of them went to the United States. Few people go back to China after going to the United States.

In fact, in the view of Zhang Kangyu, these returning researchers

Although China's scientific research environment has improved dramatically over the past 15 years, it is still difficult to compete with its American counterparts.

However, Zeng Xing said that among his classmates at Tsinghua University, more than half of those studying abroad have returned to China. He himself was thinking about the time to go back.

One of the factors that attract scholars to return is the improvement of living standards.

Thirty years ago, China's quality of life obviously lagged behind that of the West. Fo

Many returnees are also motivated by a strong sense of responsibility for their parents. This is one of the reasons why Hu Qiyue, who graduated from Peking University in 1996, returned home in 2011 to accept an industrial position.

During his postdoctoral career at the University of Texas Southwest Medical Center, Han Ting found himself increasingly attracted by the Chinese scientific community, whose R&D investment has increased significantly.

In 2000, R&D expenditures of independent and government-affiliated academic institutions accounted for 22% of US $59.8 billion. By 2017, this proportion had grown exponentially, reaching 90% of the US $123.7 billion expenditure that year. 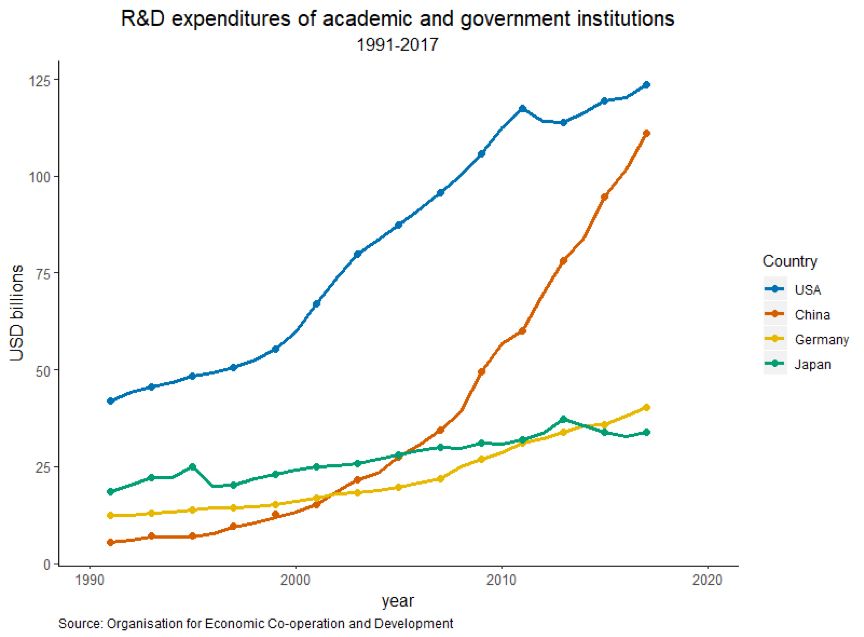 Research and development expenditure of academic and governmental institutions in various countries from 1991 to 2017. Photo Source: STATnews

Another reason for attracting scientists back to China is that after 2000, China began to recruit outstanding Chinese and American-educated faculty members to build a domestic research environment.

Han Ting excelled in his PhD at the University of Michigan, and his mentor supported him in continuing his research work in the United States. But during his post-doctoral research, he saw opportunities at home and noticed the plight of Chinese colleagues in the highly competitive American job market.

Because applicants tend to have very similar levels of scientific research, decision-making is reduced to subjective criteria, such as personal characteristics, matching and diversity, while Chinese scientists often do not meet the requirements of recruitment boards.

In addition to the fierce job market competition, American researchers must continue to apply for funding and face repeated vetoes. As a major grant to professors from the National Institutes of Health, R01 has a funding rate of about 10% for cancer biologists such as Han Ting. As China's main funding institution, the National Natural Science Foundation's funding rate for cancer researchers is similar to that of the United States, about 15%. However, compared with the United States, the competition among its applicant groups is not so fierce.

Han Ting, a researcher at one of China's top institutions, talks about the experience of his colleagues:

Han Ting also felt that although the United States is generally a friendly place for trainees, Chinese scientists may encounter some invisible restrictions once they become professors.

During his postdoctoral career, Han Ting decided not to enter the academic career system in the United States, but to seek employment in China. China has many opportunities, and scientists like him are more likely to get funding. In 2017, he joined the National Institute of Biological Sciences (NIBS).

Each year, Han Ting receives more than $250,000 in research funding from the Beijing Institute of Biological Sciences, equivalent to the amount he receives from the R01 project in the United States. In China, the labor and material costs paid to graduate students are much lower, so they can do more with the money. Han Ting's laboratory has 12 researchers. He has no pressure to apply for more funds and can concentrate on scientific research and guiding graduate students.

He admitted that the country

This is the way of thinking that scientists like Han Ting, who received academic training in the United States, brought back to China. He believes that the Beijing Institute of Life Sciences and other institutions are creating an environment for such research.

Another important reason for attracting scientists back to China is the booming biomedical industry with Shanghai, Hangzhou and Guangzhou as its core. The surge in capital investment in biotechnology companies has led to the rise of the industry. 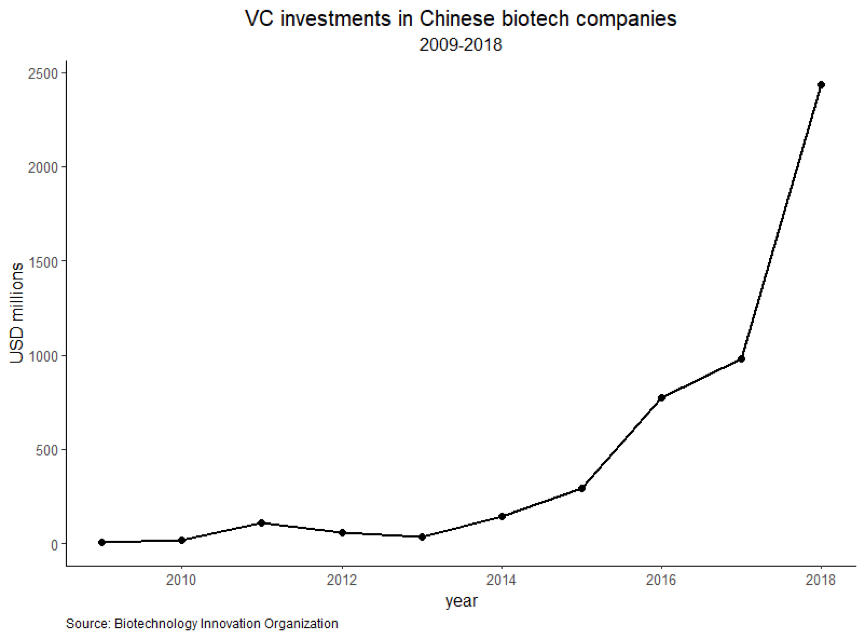 Hu Qiyue, a scholar who returned home in 2011 to work in industry, said the growth in investment was also affected by rising living standards in China.

Hu thought it was time to think about returning home.

At that time, China's pharmaceutical industry was not as developed as it is now. However, Hu sees his career development opportunities and is keen to work in Chinese enterprises. He also wants to be closer to his parents, who are getting older and older, and he wants his children to learn to speak fluent Chinese. In 2011, Hu moved to Shanghai and joined Hengrui Pharmaceutical, which was founded in 1970 and has since become one of China's largest pharmaceutical companies.

Since then, Hu has experienced no restructuring, only growth.

Zhang Kangyu's experience at Bristol-Myers Squibb is very similar to Hu's experience at Pfizer. After earning a doctorate from the University of Southern California, Zhang worked at Yale University for a period of time and then joined the company in 2013. From 2013 to 2018, he experienced five leadership positions due to the restructuring of the company.

Zhang returned home last year and joined a biotechnology company in Hangzhou. He became the head of the company's bioinformation department and reformed it.

Earlier this year, he joined CStone Pharmaceuticals, a cancer immunotherapy company in Suzhou, as a senior director of the bioinformatics and biomarker research and development team.

But Hu and Zhang both believe that China's biotechnology development lags behind in innovation, and companies are too focused on developing products that can generate revenue quickly. Returned scientists like them, who have accumulated some experience, skills and ways of thinking through their working experience in drug research and development companies, are trying to change this situation.

However, China's academic environment and biopharmaceuticals ecology have been developed enough, and many Ph.D. students no longer need to go abroad for postdoctoral training. Hu said that while Hengrui is still recruiting scholars with overseas experience, it is also recruiting more people who do not have overseas experience.

For women, however, returning home is not so attractive to them. Returning to China tends to be more attractive to men, many researchers interviewed said. Isabella.

Therefore, the increase in the number of returned scientists in China in recent years may be attributed more to male scholars. 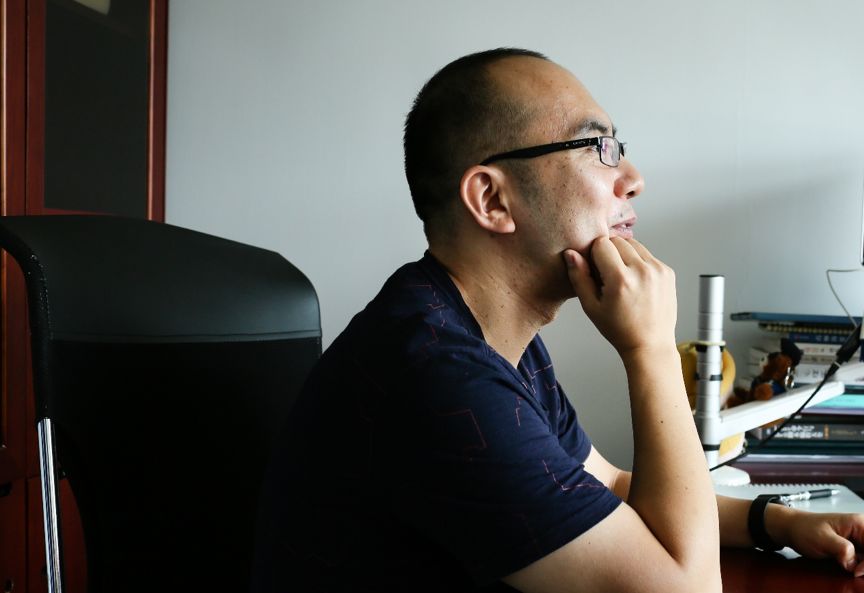 For the United States, it is a loss to spend time training scientists to return to their homeland. Doctoral students generally receive full funding from federal scholarships for their degrees. For example, a Harvard biomedical doctor spent more than $400,000 over six years (the average time for a doctorate), including tuition, allowances and health insurance.

Therefore, according to Ma Yingyi, the state is maintaining its own interests by retaining the young scientific researchers it has trained.

But many Chinese scientists have become increasingly difficult to obtain H1B visas to work in the United States, forcing them to leave the United States after graduation. Under the current visa system, Ma Yingyi said,

Even if the visa policy changes, for many Chinese scientists, the motherland has great potential for development, and the improved living environment is more attractive to them.

Related news
Hot news this week
Britain and China are discussing involving Chinese enterprises in the construction of high-speed rail in the country
Amazon employee No.1: the giant is unstoppable, but there is evidence for the split
100% full screen? Samsung Galaxy note 20 first exposure: or in July
Xiaomi tmall super brand day ultimate battle report: the first sales volume of 61 items sold for 300 million yuan!
US announces import tariff on EU aircraft Airbus: Eventually will be paid by U.S. passengers
It's worth a try to use the mobile phone with homogeneous appearance
Paper clip Cope millet 10: Why is your home's Wi-Fi so slow?
Musk confirmed that the new Tesla Model s and model x range increased to 630 km
[multi figure] learn about the windows 10x system for dual screen devices
Fold for fold: is Motorola Razr really a 100% mobile phone?
The most popular news this week
The failure lesson of Baidu's sky price acquisition case
In order to resume Foxconn's "big move": the reward for new employees is more than 7000 yuan
Can recording sound make money? Facebook pays users to help improve speech recognition
The global sales volume of Volkswagen Group in January was 837000, with a year-on-year decline of 11.3% in China
Mattel announces the remote control version of Tesla cybertruck
Nail households finally take off their hats! Xiaomi 6 users change Xiaomi 10: Lei junbixin
U. S. cellular will use Samsung devices to promote 4G LTE and 5g networks
Netflix's rapid growth in the U.S. market slows down, aiming to seize the opportunity in the international market
Google to further update redesigned Google Maps
Reports claim the Trump campaign bought a headline ad space for YouTube on Election Day