At last, the price of the iPhone 11 hasn't risen, but it's still profitable for foreign media: 64GB starting capacity is a joke

Every time, after the launch of the new iPhone, the media will make a big start on it. Hardware, software and even profit will be picked up again. We have also discussed the cost and profit of the iPhone in the past. From past experience, the profit of the iPhone has been very high, and this year's 11 series of the iPhone is still a windfall in the eyes of many foreign media. 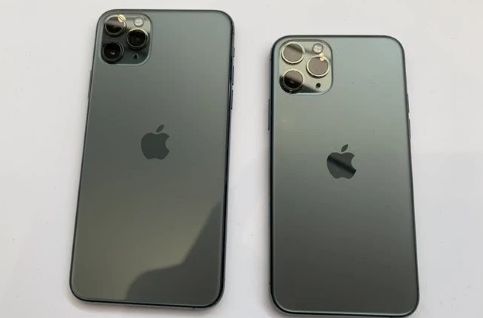 After this comparison, you will see that the upgrade of 64GB to 512GB storage space is rigidly pulled by Apple at the highest price of 3100 yuan.

For Apple, the iPhone doesn't support storage expansion, so storage size is something you have to think about when you buy a phone. If you want to upgrade later, you have to change your phone. Faced with the increasing demand for photographs, videos and other content, low-storage version is obviously not the best choice, so larger storage version is the main source of profit for Apple.

Foreign media said.Apple's 64GB version of the iPhone 11 series is a joke.Take 64GB version for example, iOS operating system takes up about 7GB of space, and later users will take up 400 MB of space per minute if they want to record 4K 60fps video, so 64GB capacity is not enough for ordinary users, but the higher price difference makes consumers choose and buy large-capacity versions of the iPhone 11 Pro, 11 Pro Max more. Laborious. 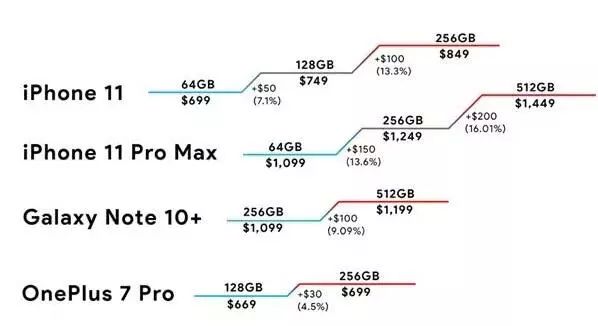 Industry analysts say it's not new for mobile phone manufacturers to make profits by using larger storage capacity, but it's ridiculous that Apple's 11 Pro/Pro Max, which sells for nearly 10,000 yuan, is still 64GB in its infancy and the huge difference between versions of different storage capacity.

64GB, which used to look like a lot of capacity has now become a chicken rib, so do you think the current 64G mobile phone is enough? Anyone else choose the 64G version?