Austin Mann said that the comprehensive quality of wide-angle lens is good, shutter range, aperture, automatic focusing system and ISO parameters are quite satisfactory. The lens can work well under normal lighting conditions, but it is not the best choice for low light shooting.

The ultra-wide-angle lens performs well under normal lighting conditions, and the image is softer than that of the wide-angle lens, but the performance in the room or the night is slightly deficient. You can switch freely between the two cameras based on specific light conditions. 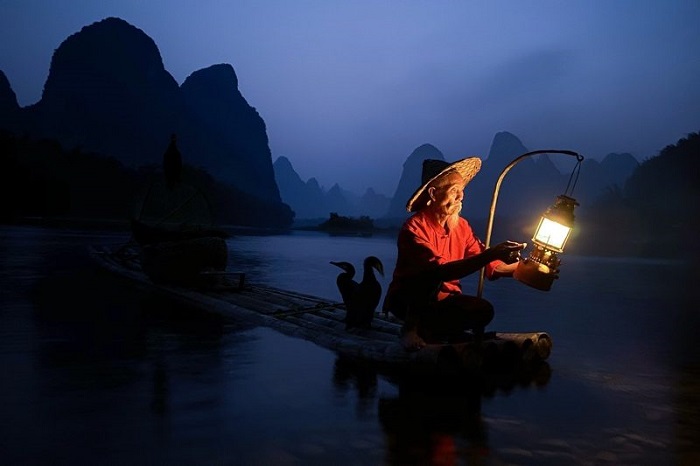 For the nightscape model of the iPhone 11 Pro, Austin Mann says it's powerful and easy to use because it can activate automatically under insufficient light. Even so, the balance of the image is good, so that it doesn't look overexposed and lose too much detail as it does during the day.

He commented, "I like it."appleAs shown in the picture above, the balance strategy of the night scene mode takes into account the profound artistic expression, and does not deliberately create the night scene as the competitors do. Instead, it's thinking about how to capture the feeling of the scene in a beautiful way.

Austin Mann: The "The iPhone 11 Pro has a dramatic overflight on the night, as it was no less than the first-time panoramic shooting mode on the iPhone 5 in 2012, and I can't believe I've taken this picture with the iPhone.".

In addition, the new "Capture Outside the Frame" features introduced by the iPhone 11 and 11 Pro allow you to better preview scenario composition, although the company has not advertised much in this regard.

In other words, when you use iPhone 11's wide-angle lens to take photos, it can also call ultra-wide angles to enhance the viewing experience. Although Austin Mann thinks it's distracting from previewing, in most cases it's pretty good.

All in all, Austin Mann believes that the comprehensive photo quality of iPhone 11 Pro has improved significantly, which will be a great upgrade selling point. Interested friends, but also to his personal website to enjoy more works.

Related news
Called this year iPhone 11, iPhone 11 Pro and iPhone 11 Pro Max
The Back Cover of the Model of the iPhone 11 Pro
Travel photographer Austin Mann praised the iPhone 11 Pro camera.
Evaluation of the iPhone 11 Pro Camera from Professional Photographers
The iPhone 11 Pro Max was named the best in Consumer Reports
Comparisons of Phone 11 Pro vs. Huawei Mate 30 Pro Cameras
11 iPhone 11 Pro photography skills to help you make big movies
Beyond the past! Glory 30 Pro contrast iPhone 11Pro Max apple portrait
Hot news this week
Templates for creating new Twitter in the future? Musk's praise of WeChat has triggered a heated discussion on the whole network
Tencent Music's TME live will re-screen Jay Chou's concert on may 20 and 21
Sony's new LinkBuds S headset parameter exposure: only 4.8 grams of comprehensive battery life 20 hours
Weak demand in the mobile market! Domestic shipments of mobile phones fell 40.5% in March to a two-year low
Henan 4 village bank line cannot withdraw cash? CBRC responds! The public security organs have registered an investigation
Baidu: In 2021, an average of 56 billion malicious information of all kinds will be intercepted every year
"Chinese version of LV" is re -executed 680 million! Reporting the property clues of the chairman, up to 8.66 million yuan
Still did it! Canada has banned Huawei and ZTE from participating in the country's 5G network on "national security" grounds
Pig companies continue to increase technology, just launched the smart pig farm, another 100 million to set up a technology company
The Jingdong Express bulk order sent to Shanghai across the country is completely static? JD.com: Not true No such information has been published
The most popular news this week
The domestic screens are rolled to the 2K screen. Why don't Apple follow the roll?
Apple spends a lot of money to build dinosaurs! Prehistoric Planet trailer released: Airs on Monday
The country line had dropped nearly 2K no one to buy! Apple's most non-existent new version of the new revealed helpless
The average price of AMD graphics cards is infinitely close to the original price NVIDIA still has a long way to go
B station was exposed to layoffs: involving games, overseas business, OGV and other departments
Continuous business adjustment? Ali has been exposed to many sectors layoffs, and the scale of spring recruitment has shrunk sharply
Exposure of Tencent's game business or layoff 10 %: CSIG business group has previously layoffs 15 %
Meizu 19 series coming? Meizu mobile phone appearance patent disclosure: the return of secondary screen
Jingdong crowdfunding 10000mAh mobile power supply: with Apple Lightning and Type-c dual wires
Mobile phone chip CPU energy efficiency ranking: it is comparable to A14