But this evening, unlike in the past, the challenges facing the Mate 30 series are particularly severe.

5G index is outstanding, but Wi-Fi 6 is absent

Mate 30 Pro uses a high curvature "waterfall screen" design, which brings a very high proportion of the screen, as well as a very visual impact of the front design. In the case of the side is also the screen, there is no room to accommodate buttons. Mate 30 Pro uses side touch to replace the volume and power buttons. It also continues the technology of screen sound production and cancels the receiver. 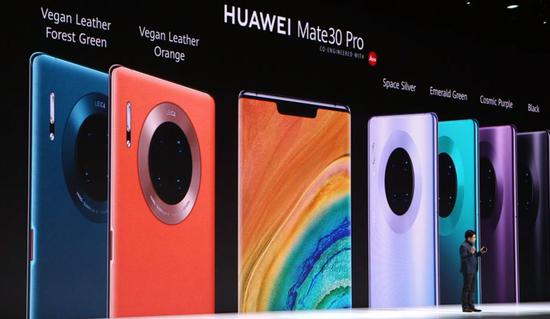 The machine has a 6.53 inch FHD display (2400x1176) that covers the DCI-P3 wide color gamut and supports HDR,. Unfortunately, the resolution is lower than the 2K of the previous generation.

Both of them retain larger bangs to support 3D structured light face recognition. Yu Chengdong explained at the launch that Chinese consumers do not like Liu Hai because they do not know how sophisticated the technology is in the Liu Hai. 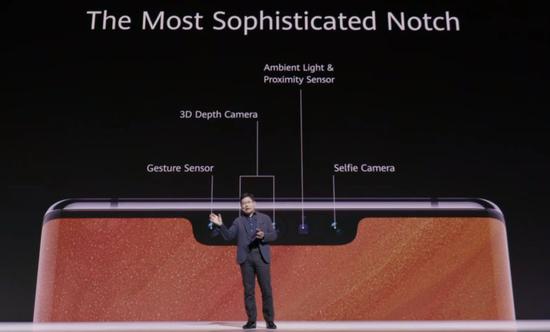 In terms of configuration, there is no need to say more about the recently released Kirin 990 starter. (See Tiger Smell's article Kirin 990 specifically, can you ensure the first victory of the 5G era for China? 》 In addition to performance and process iterations, its greatest advantage is the integration of 5G baseband chips, the number of transistors exceeds 10 billion.

Under the overwhelming publicity of 5G, 5G has become an important consideration factor for users to switch (especially high-end machines). Huawei Mate 30 series is the only flagship machine that supports both NSA and SA networking. In terms of communication indicators, it can guarantee that it will not lag behind in the next 1-2 years.

In addition to 5G, other radio frequencies of Mate 30 are equally robust. 14 of the 21 antennas support 5G, 8 5G bands and dual VLOTE calls.

It can be said that the RF performance is the biggest advantage of Huawei Mate 30 compared with the competitors, Yu Chengdong in this link of comparison, self-confidently ridiculed.Apple"Yes.Mobile phoneIt doesn't even support 5G." 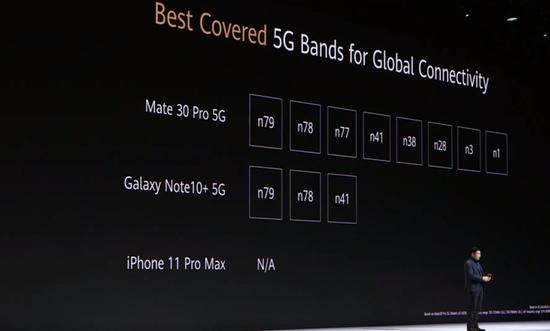 Overall, in addition to a slight reduction in screen resolution, the Mate 30 series should be built in accordance with the flagship specifications, and is the best answer for Huawei's consumer business at present.

It can be said that the brand image upgrade brought by image technology is an important help for Huawei to gradually stabilize the high-end market. As a flagship aircraft, the Mate 30 series also continues to evolve in images. 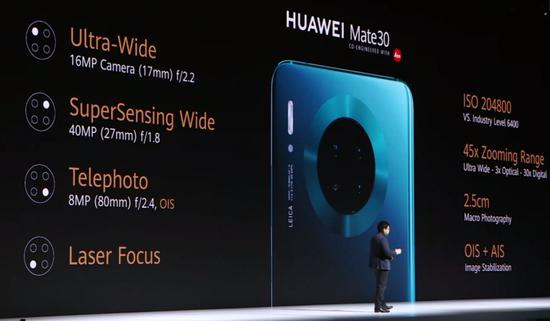 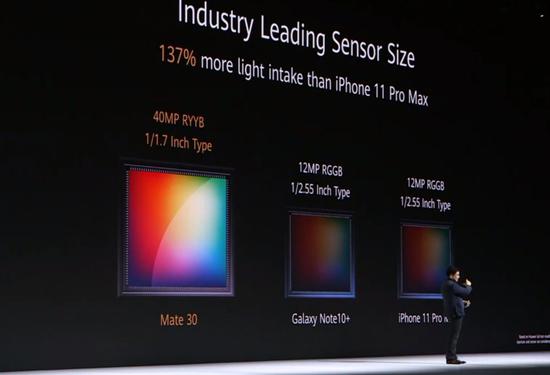 As a direct rival to Huawei's flagship, this year's iPhone 11 has brought enough intriguing innovations in video. With the popularity of short video and vlog, more attention has been paid to the video performance of mobile phones, and more and more users can perceive what kind of experience the powerful video capability can bring.

Huawei has finally started to work on video, bringing 7680 FPS slow motion photography, which can only be achieved at 720 P resolution, but the figure is still exaggerated. Apple's current size is 240 fps.SamsungNote 10 is 960 fps. Whether Huawei's slow motion is output directly or through frame insertion algorithm remains to be tested by subsequent experts. At present, some senior executives of Huawei have released some effect videos. It can be seen that the brightness has not significantly decreased, so Huawei has made great efforts in this slow action. 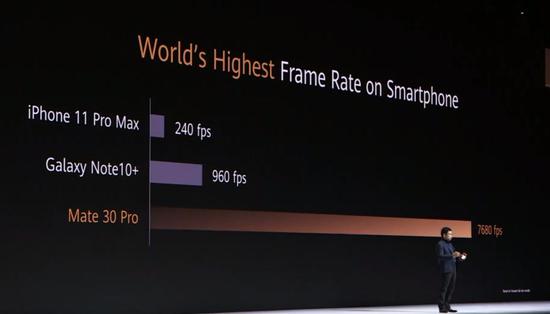 Whether it's Apple or Huawei, it seems that it intends to turn mobile phones into productivity tools for images. To this end, Huawei has also cooperated with Xinjiang and Baofutu to further enrich the supporting ecosystem.

In addition to mobile phones, smart watches, Watch GT, real wireless headphones, FreeBuds, and Huawei smart screens, all product lines are being updated in an orderly manner, and the ecosystem is beginning to take shape.

But 2019 is bound to be tough for Huawei. The most direct impact is that Google has stopped authorizing Huawei's new machines. Mate 30 series will not be GMS certified and can not use Google maps, Gmail, YouTube and other Google buckets. The impact on the overseas market is magnitude.

According to the Dutch media Lets GoDigtal, Huawei Mate 30 series may not be listed in Europe. Apparently, Huawei evaluates the impact of its inability to use Google services and believes that it will have a tremendous impact on the performance of the European market, so it opts to withdraw. However, the venue of the conference still chose Munich to hold the conference in the hinterland of Europe, but because of external reasons, it could not be sold in Europe, so the keynote of the whole conference appeared somewhat tragic.

At the conference, Yu introduced Huawei Mobile Services, which provided remedial solutions to some extent when GMS was not available, but open Kit still needed application support, which took time. 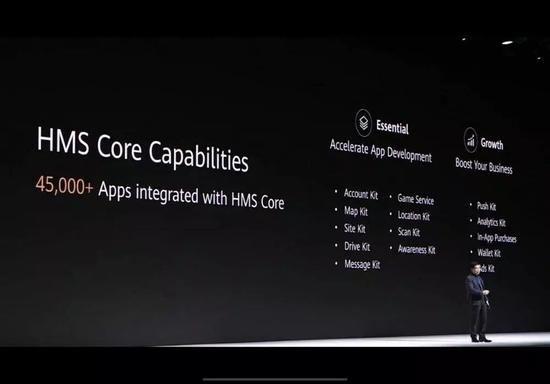 The last generation of Huawei's flagship sales (Mate 20 series shipments 16 million, P30 series shipments 17 million) can be said to be Huawei's R&D strength, market strategy, combined with the common results of the time, place and people, but now, the impact of external factors can not be ignored, and the iPhone 11 Pro came out more than last year. With the escalation of gravity, the iPhone 11 has dropped its size and sold at a low price; Samsung has shown signs of recovery in Europe and is gradually optimizing its product line.

The difficulty of Mate 30 to reach the heights of its predecessors is conceivable.