AI predicted El Nio natural disasters 18 months ahead of schedule. It has been in Nature and Sciences.

Human beings are always insignificant in the face of natural disasters. Recently, researchers used deep convolution network to predict the occurrence time of disasters 18 months in advance. This research has been published in Nature.

Terrible El Nio erupts every two to seven years, leading to droughts in southern Africa, wildfires in South America and flooding along the North American Pacific coast. Effective El Nio early warning can reduce economic losses. Recently, a study by Quannan University in Korea showed that AI can also be applied to El Nino prediction, and the prediction time can be advanced to 18 months.

This study can help areas threatened by El Nino to prevent droughts and floods in advance, such as choosing which crops to grow. The research results have been published in the journals Nature and Science recently. 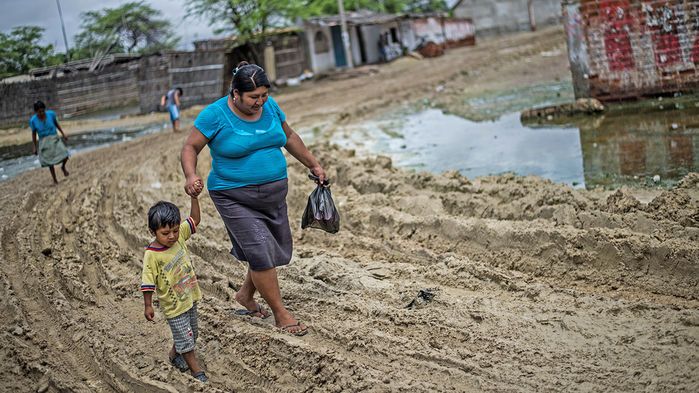 El Nio phenomenon refers to the abnormal warming of the sea water in the East Pacific Ocean every few years. It usually occurs around Christmas and causes huge losses. Previous techniques can also predict El Nio to some extent, but the problem is that they rely on data sets related to factors such as smaller sea temperatures. Other forecasts use climate models, but it is difficult to obtain detailed ocean data for long-term forecasts. The prediction accuracy of Quannan University in Korea is 74% 18 months ahead of schedule. Although not perfect enough, the prediction accuracy of Quannan University in Korea is much higher than that of the existing methods. The prediction accuracy of the latter is only 56% 18 months ahead of schedule.

The model proposed in this paper. The CNN model includes an input layer, three convolution layers, two pooling layers and a full connection layer. The final output of the prediction results.

Specifically, the reason why researchers use CNN is that it has a good effect in dealing with spatial multi-dimensional array information. It is pointed out in the paper that CNN can link the three-dimensional prediction area with the prediction value (i.e. to predict the value of El Nio index in a certain area, so as to judge whether the disaster occurs or not).

In the CNN model, the researchers used in the area (longitude 0 East) 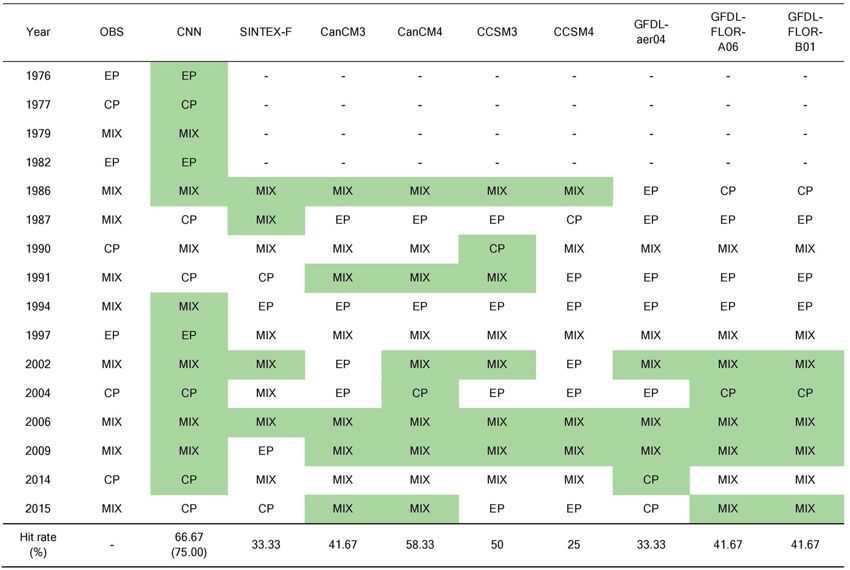 Prediction of El Nio types for 12 months a year and monthly. The hit rate for the validation period (from 1984 to 2017) is indicated at the bottom of the table. The value in parentheses is CNN's hit rate from 1976 to 2017. Green shadows represent the correct results of CNN prediction.

After the model training was completed, the researchers tested real data from 1984 to 2017. The results show that the model can predict El Nino 18 months in advance.

In addition, AI is also better at accurately locating the warmest waters in the Pacific Ocean. This is of practical significance, because when El Nino is concentrated in the East Pacific and closer to South America, the water temperature in the North Pacific will be higher, and more flood-inducing rainfall will occur in the Americas; but when El Nino is concentrated in the farther western waters, the situation will be different.

Hsieh said: Using climate models to create additional training data is a good way to avoid the shortcomings of other methods, which seems to be a tremendous progress, so it should be deployed in actual forecasting.

But Stephen Zebiak, a meteorologist and El Ni ñ o modeling expert at the International Institute for Climate and Social Studies at Columbia University in New York, warned that it was unclear how much practical benefits it would bring to forecasting El Ni ñ o more than a year earlier. "the advance time at which action can be taken may be less than a year, because policymakers are unlikely to act further in advance," he said.

Researchers have begun publishing predictions by 2021 and predicting possible La Nia phenomena (anti-El Nio), which can cause more severe rainfall and drought than El Nio. However, major government forecasting agencies have not yet considered accepting the team's forecasts.

Ham said he and his colleagues are adjusting the model to further expand the predictions. At the same time, he said his team was working to improve its prediction of the Indian Ocean Dipole (another ocean model). Changes in sea temperature can affect rainfall and tropical cyclones in Asia and Australia.