Microsoft has opened up a new font, Cascadia Code.

Cascadia Code is an equal-width font announced by Microsoft at the Build Conference in May. Microsoft introduced that it was developed with the new terminal Windows Terminal. Official suggestions are to use it with terminal applications and text editors such as VS and VS Code.

Cascadia Code provides a new experience for command line and code editor, and it also supports Programming Ligatures, which is to create new fonts by combining characters when writing code. This is a good mechanism for code readability and user friendliness after rendering. It also enhances the modern look of Windows Terminal.

As shown in the following figure, different characters can be transformed into new characters:

It should be noted that if VS Code is used, hyphenation must be enabled in the settings to take effect.

Microsoft also explains why this font is called.

In addition, Microsoft has also launched a campaign to vote for the font's name, in the end 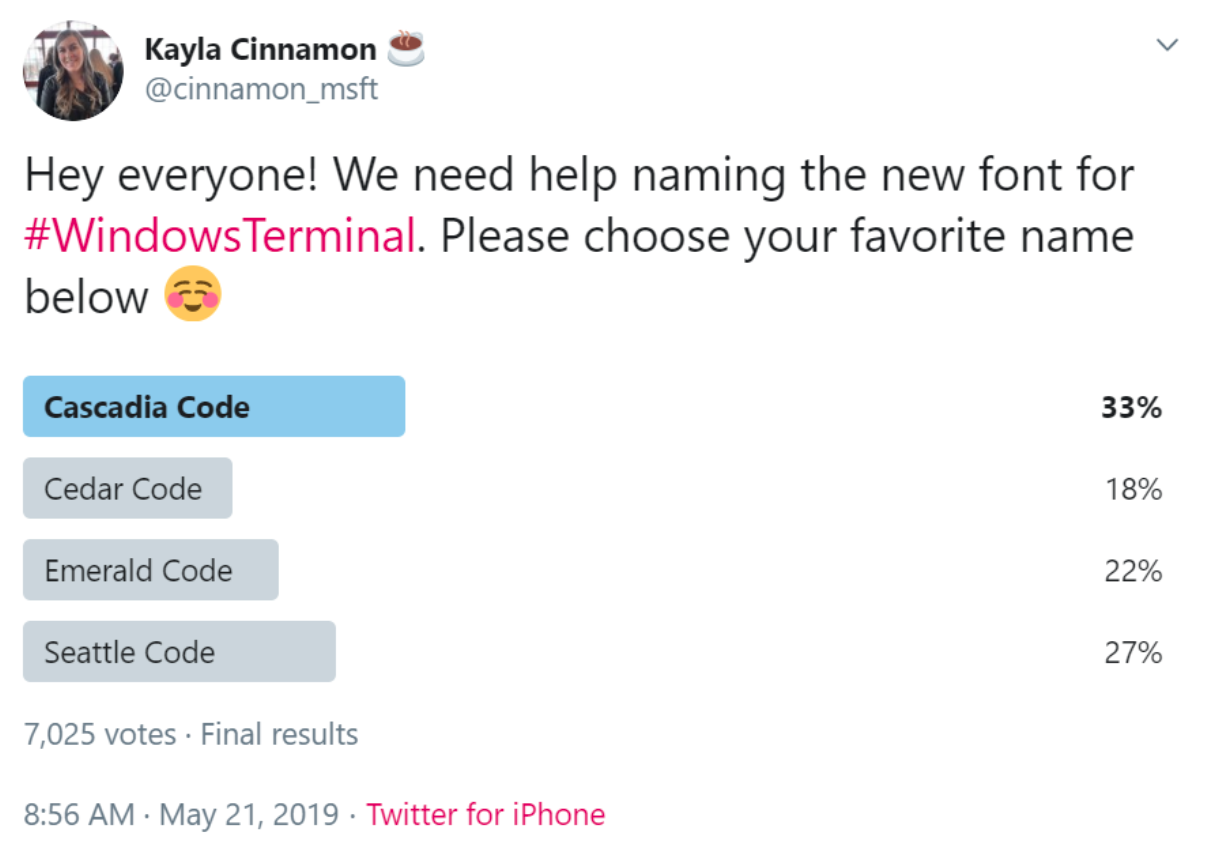