Quantum mechanics and gravity theory are the two pillars of modern physics. They have achieved great success in their respective fields. But any theoretical work that tries to integrate them has encountered great difficulties. In the experiment scenario, in order to improve the intensity of the signal light, three devices were used to work together. Two telescopes in the picture simultaneously emitted beacons to the satellite.

At present, there are many models on how to integrate quantum mechanics and gravity theory, but they are lack of experimental test and can not be verified, which seriously hinders the development of science. One of the main reasons is that the predictions of these theoretical models can only be tested under extreme experimental conditions, such as the minimal spatial scale.

The 10-15 metres are 20 orders of magnitude smaller, or extremely high energy scales.

1016 TeV (trillion electron volts), and the current large hadron colliders such as the LHC can only increase proton energy to 10 TeV, which is far beyond the experimental conditions currently available.

General relativity foretells a kind of strange space-time structure that violates the law of causality-going back to the past, like the "time machine" in science fiction. In the theory of quantum gravity, this kind of space-time structure is particularly important, because in principle it can be formed by the spatial-temporal geometric fluctuations of quantum gravity.

However, the destruction of causality by time machine will lead to many logical paradoxes. In order to avoid this problem, Polchinski, a famous American physicist, first put forward a theoretical solution. He pointed out that there is a special and self-consistent evolution process of classical objects in this kind of space-time structure, and there is no logical paradox. American physicist Politzer and British physicist Deutsch et al extended the theory and studied the self-consistent evolution behavior of quantum states in this kind of space-time structure. On this basis, the Australian physicist Ralph et al. further proposed a theory called "event formalism". The theory holds that the evolution of quantum states in singular space-time is different from that in straight space-time. Gravitation may lead to the decoherence of entangled quantum states, and predicts the decoherence between earth stars. The distributed entangled photon pairs will be decoherent. 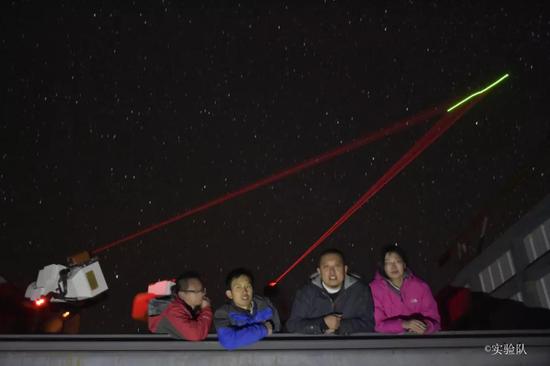 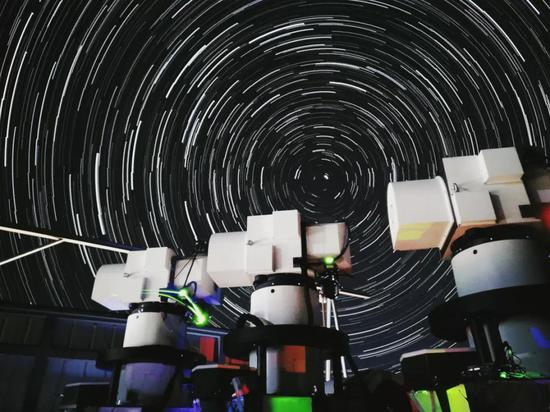 An Ali ground station binoculars under delay photography for quantum communication with Mozi.

This is the first experimental study on the relationship between quantum mechanics and gravity theory carried out by satellite in space. It is of guiding significance and will greatly promote relevant theoretical and experimental research activities.

One of the beauty of scientific research is that it is unexpected.