Tencent's latest open source IoT operating system is on the GitHub hit list, with a minimum volume of only 1.8 KB

Goose Factory is also open source, this time an operating system, for the Internet of Things scenario, calledTencentOS-tiny.

The core highlight of the project, like its name, is tiny

Moreover, there are many partners, and they have supported many chips and modules of Italian-French Semiconductor, En Zhipu and other manufacturers.

After the release of the project, it attracted a lot of attention and made it on the GitHub hot list in one fell swoop, winning 1200 stars and 300 Fork..

TencentOS-tiny, was born for IoT.

Of course, this is also in line with the situation, the Internet of Things has become one of the current hot outlets, and has great market potential. 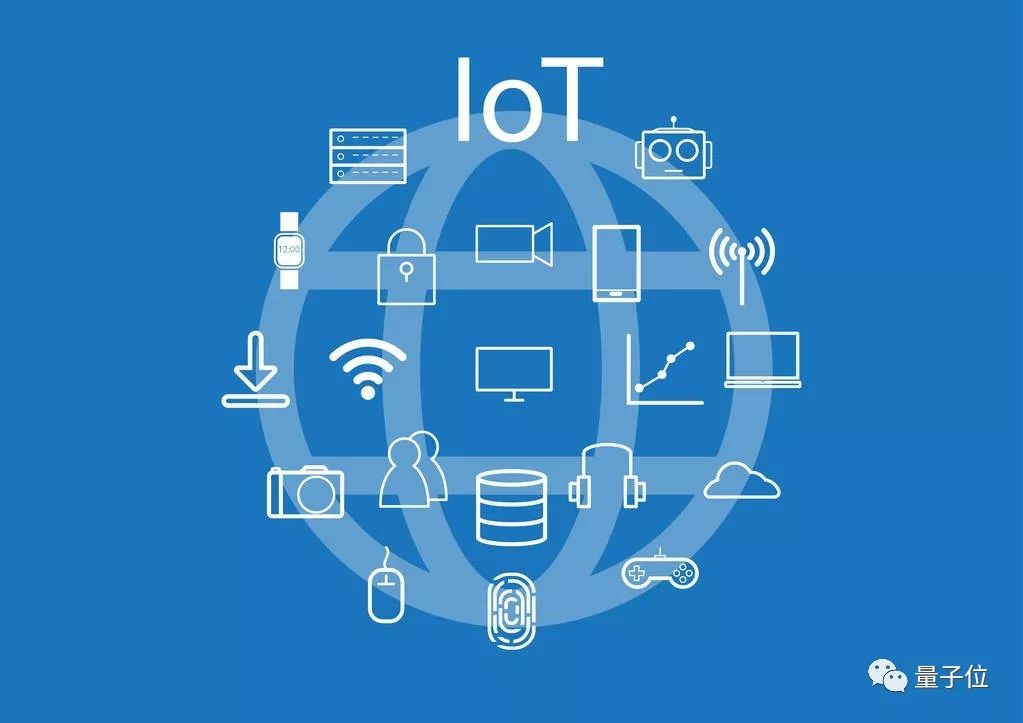 This is the entry point for Tencent's TencentOS tiny:

For example, when the internal timing mechanism finds that the business is not running, it will automatically start the dormant state and reduce power consumption. According to the official measured data, the lowest sleep power consumption is only 2 microamperes.

At the same time, this aspect is also provided to developers.

How is this system implemented? Let's take a look at the architecture behind it.

The whole architecture is released and rooted in Tencent Cloud

According to Tencent's files on GitHub, the entire architecture of Tencent Ostiny is divided into eight parts, and the overall architecture diagram is as follows: 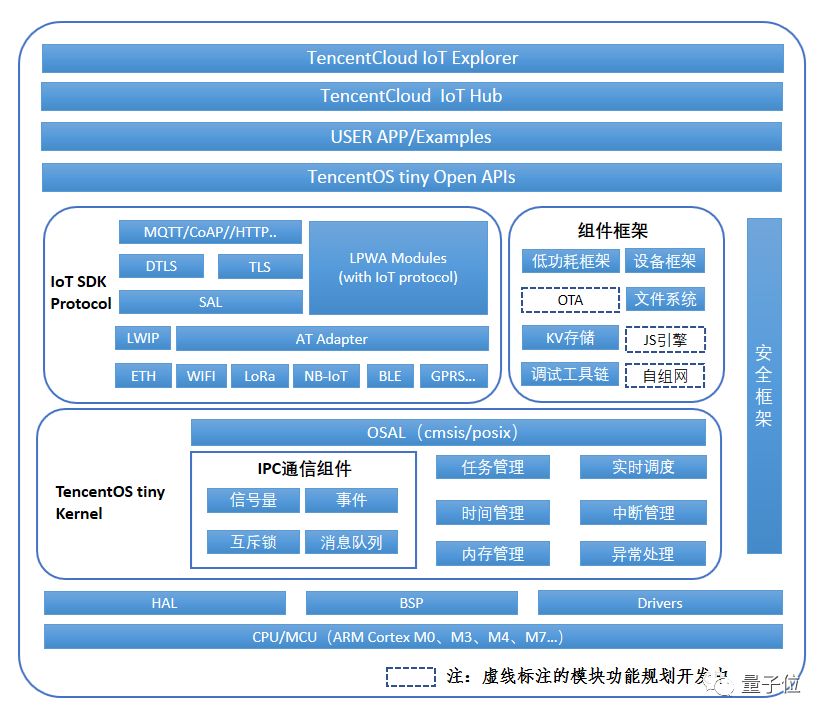 Among them, IoT protocol stack, security framework, open API and other functions are closely related to Tencent Cloud, deep integration.

In addition, Tencent has also planned a full-chain IoT development function based on TencentOS tiny:

Combined with Tencent cloud Internet of Things development platform IoT Explorer, plus the largest domestic LoRa network that has been built before.

Yes, if you want to better play this open source system energy and role, you'd better choose Tencent Cloud, because this effect is better, more efficient.

This strategy of relying on open source software and attracting more developers with better performance has become a common way for technology giants to build an ecosystem around their core business, such as Ali, Baidu, Huawei and so on.

At the same time, finding a partner is also the key to these technology giants to promote ecological construction.

TencentOS tiny is no exception. Officials say they have supported a variety of chips and modules from mainstream manufacturers such as Italian-French Semiconductor, Enzipu Semiconductor, Huada Semiconductor, Ruixing Hengfang and National Technology.

If you are interested, you can take a look.~