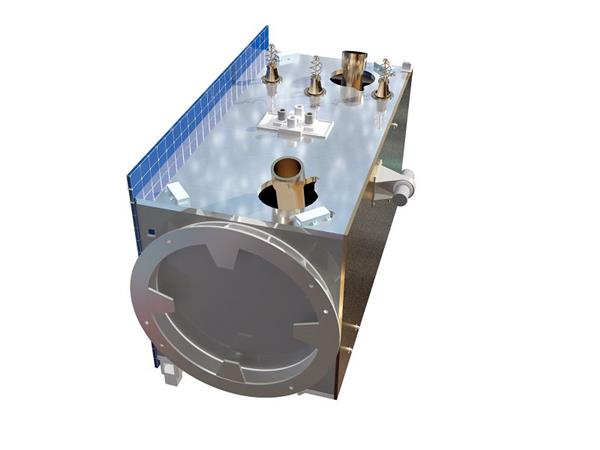 More than 20 days after the successful launch, the Chinese Academy of Sciences announced that the launch satellite of its strategic pilot science and technology project, Microgravity Technology Experimental Satellite, was in normal condition and the results of various tests were normal. The first phase of on-orbit testing task was successfully completed. At the same time, as the first experimental satellite of space gravitational wave detection technology in China, the satellite was officially named "Taiji 1".

A road that hasn't been completed in 100 years

The gravitational wave is a material wave produced by the intense movement and change of matter and energy. It provides a new cosmic observation window which is different from the electromagnetic wave. It is a new way to explore and recognize the universe and new means.

But it was not until 100 years later that the LIGO experimental group of the ground Laser Interferometric Gravity Wave observatory announced direct observations of gravitational waves, a work that won the 2017 Nobel Prize in Physics.

Wu Yueliang admits that there is no difference in the principle of detecting gravitational waves in space and on the ground. However, due to the extremely weak signal of gravitational wave and the huge challenge of detection, it is necessary to break through the limit of current human precise measurement and control technology.

How hard is the "Ant-propelled satellite"?

"The most difficult thing for the star is the new technology," said Wang Jianyu, an academician of the Chinese Academy of Sciences, and Wang Jianyu, the master of the satellite project of Taiji No.1, taking the gravity reference sensor as an example. The measurement accuracy of the engineering requirement needs to reach the magnitude of one of the one hundred million points of the earth's gravity acceleration, which is equivalent to the acceleration of an ant pushing the Taiji No.1 "satellite. At that time, the pressure of the engineering team is very large, to shield the interference, to go to the cave to do the experiment, and finally the hard bone is finally found."

The results of in-orbit test and data analysis in the first stage show that, in addition to the gravity reference sensor achieving the accuracy of "ant push satellite", the displacement measurement accuracy of "Taiji 1" laser interferometer is also of the order of 100 mi, about the diameter of an atom, and the thrust resolution of the micro-thruster reaches the order of sub-cattle, equivalent to 1/10000 of the weight of a sesame seed.

Although the Taiji 1 research team has completed a breakthrough from zero to one in less than a year, there is still a long way to go to truly realize the detection of gravitational waves in space.

Based on years of strategic research, the Chinese Academy of Sciences has been prospectively demonstrating the feasibility of space gravitational wave exploration in China since 2008. It has put forward the "Taiji Plan" for space gravitational wave exploration in China, and determined the "single star, double star and double star".three stars "the development strategy and road map of" three steps ".

In August 2018, the Chinese Academy of Sciences (CAS) launched the "Taiji Plan" single-satellite project mission in the pilot project of space science (Phase II), and launched the first step in the "three-step" process.

Wu Yueliang told China Science Daily that the "three steps" design takes into account the maturity of key technologies and the schedule of international competition. "Taiji II will verify most of the key technologies in orbit, and Taiji III will be made up of three satellites millions of kilometers apart, which will really begin to detect all kinds of gravitational wave objects."

"there is still a long way to go to eventually detect gravitational waves in space." "but the Chinese Academy of Sciences will actively promote this work, contribute more Chinese wisdom, Chinese programs, and Chinese strength to the exploration of the vast universe and the progress of human civilization," Xianglibin said.

Although, according to the plan, to 2033, Chinese talent is expected to finally turn on the "gravitational universe", but the determination of Chinese scientists is not allowed to be small.