[guide to New Zhiyuan]Google has more computing power, data and talent than any other company in the world in the pursuit of AI, and it has not slowed down. What reason does human beings stop? This article will take you back to Google's AI history and reveal how it achieves quantum hegemony.

The human brain is interesting, and some memories can always accompany us, such as the birth of children, car accidents, election days. However, we only store some details (the color of the hospital delivery room or the smell of the polling station), while other details are forgotten. For Google CEOSandal(Sundar Pichai) For him, the day he saw AI rise from the laboratory was the day he always remembered. 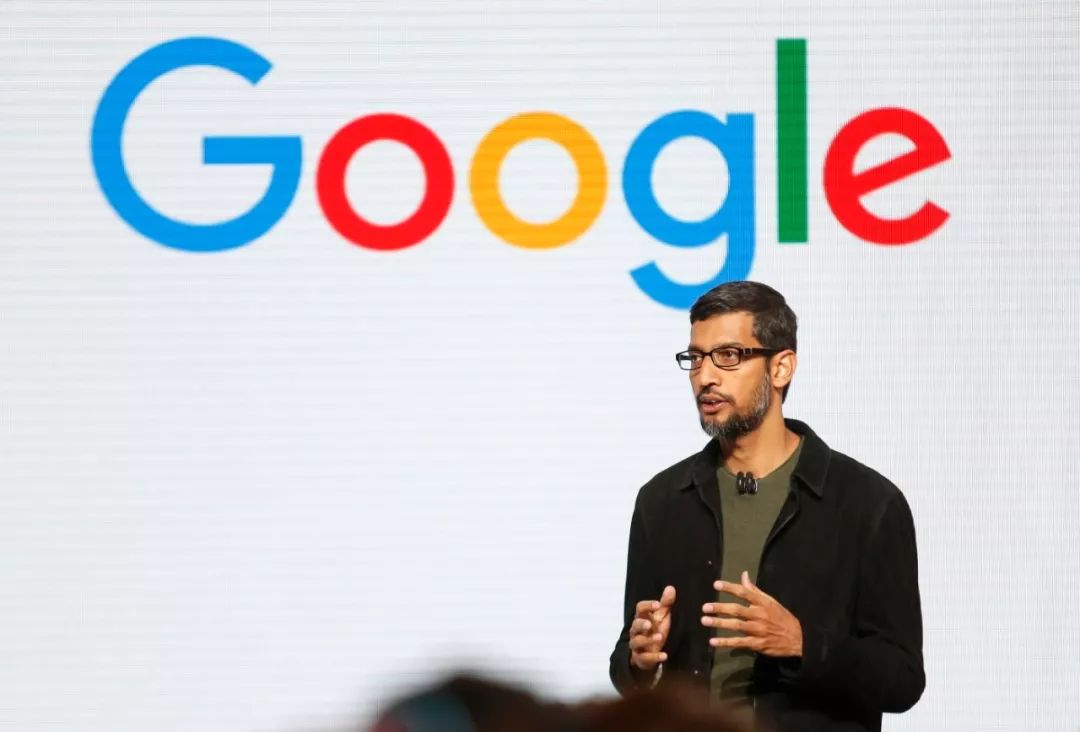 Pichai said:Jeff (Jeff Dean) engineers have been working on a new project and want Pichai to take a look at it. Jeff is a legendary Google programmer who helped build his search engine. Pichai said: 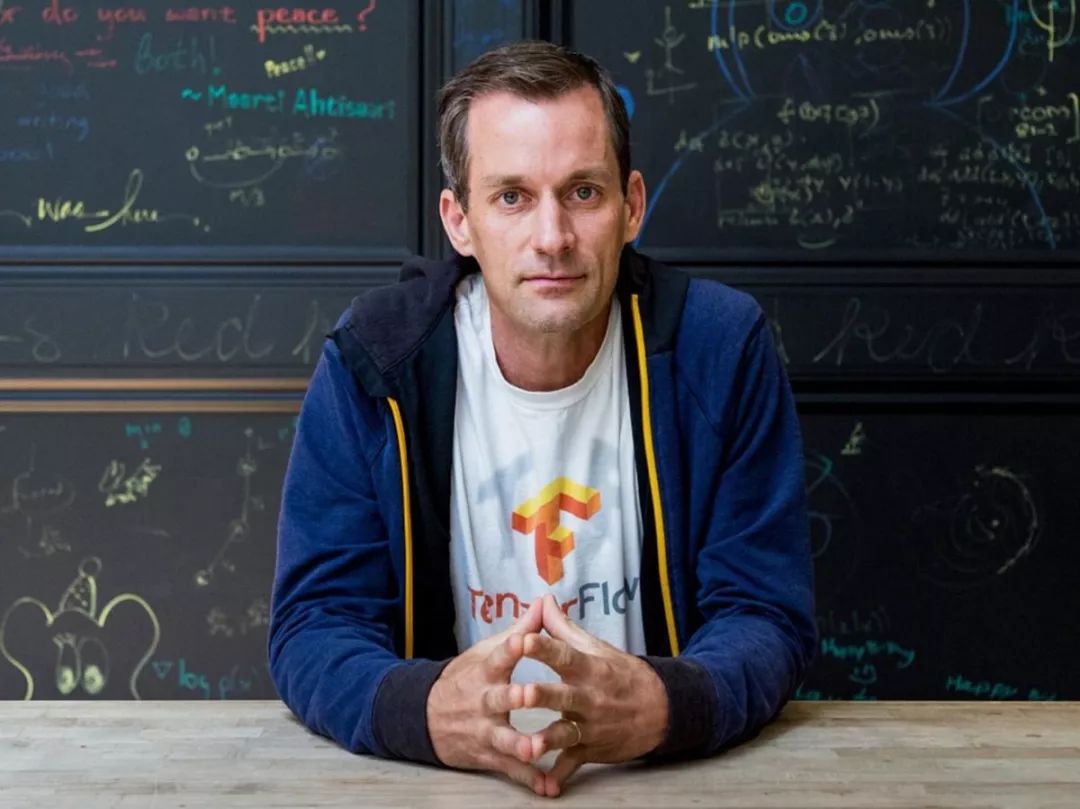 Pichai did not recall exactly which building Jeff showed his work in, but the strange details of the day lingered. He remembered standing rather than sitting, and some joked that HR would hire the new Geoffrey Hinton (

Google's future CEO was then a senior vice president in charge of running Chrome and App,. He didn't think about AI.. That's right, Larry, co-founder of Google. 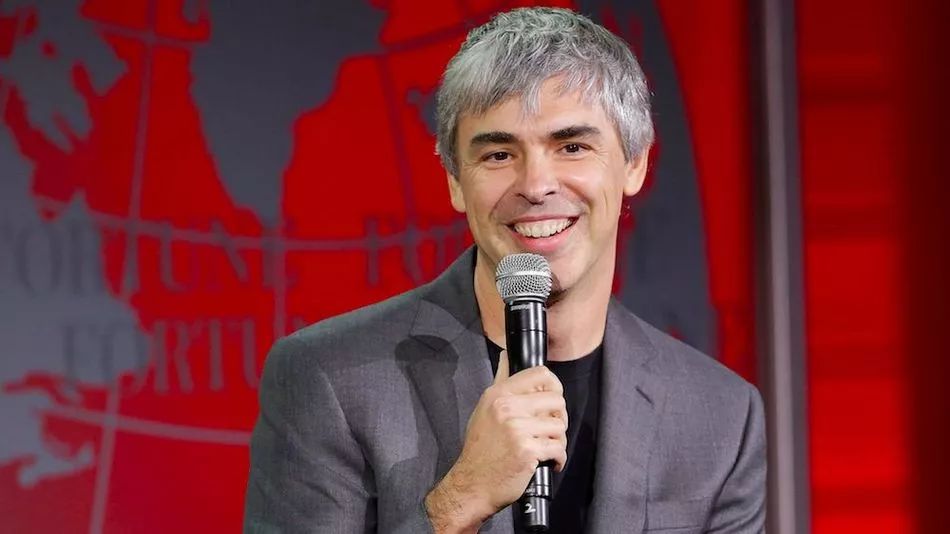 But in Google and elsewhere, machine learning has provided only marginal results for decades, despite its ambitious promises. But now, powerful forces are stirring inside Google's servers.

First, Google is about to achieve

For more than a year, Dean, NAndrew Ng and their colleagues have been building a huge interconnected computer network, which is connected in a way that simulates the human brain. The team has designed 16,000 processors on 1,000 computers, which together can create 1 billion connections. Despite the fact that the 100 billion connections to the human brain are still far away, this is unprecedented for computer systems.

to test how this vast neural network handles data, engineers conducted a seemingly simple experiment. For three consecutive days, they gave the machine millions of random images from YouTube videos. They did not give it other instructions, waiting to see what it would do if it stayed. Engineers found that computers on YouTube are not much different from the human brain. at a distance from computer memory, dean and colleagues found that it spontaneously generated a blurred, pixelated image. The image shows one thing that the computer saw repeatedly in three days: a cat.

This is a machine to teach oneself to think.

When Pichai first saw the intelligence on Google servers, he remembered a shift in his mind and a hunch. He said:This will be the most important work of our mankind.

The rise of AI within Google is like a journey. Billions of people are gathering to move towards a digital future we don't understand at all. We can't opt out. A large part of that is dominated by Google. Few other companies on the planet (let alone governments) have the ability or ambition to promote computerized thinking. Google operates more products than any technology company in the world, with 1 billion users: Android, Chrome, Drive, Gmail, Google Play Store, Maps, Photos, Search and YouTube. Unless you live in China, if you have an Internet connection, you must rely on Google to strengthen some parts of your brain.

Shortly after Pichai took over as chief executive, he set out to reshape Google into aAI first

Google's AI influence extends far beyond the company's product range. External developers, whether start-ups or large companies, now use Google's AI tools. There are millions of devices using Google AI, and that's just the beginning.Google is about to implement the so-called 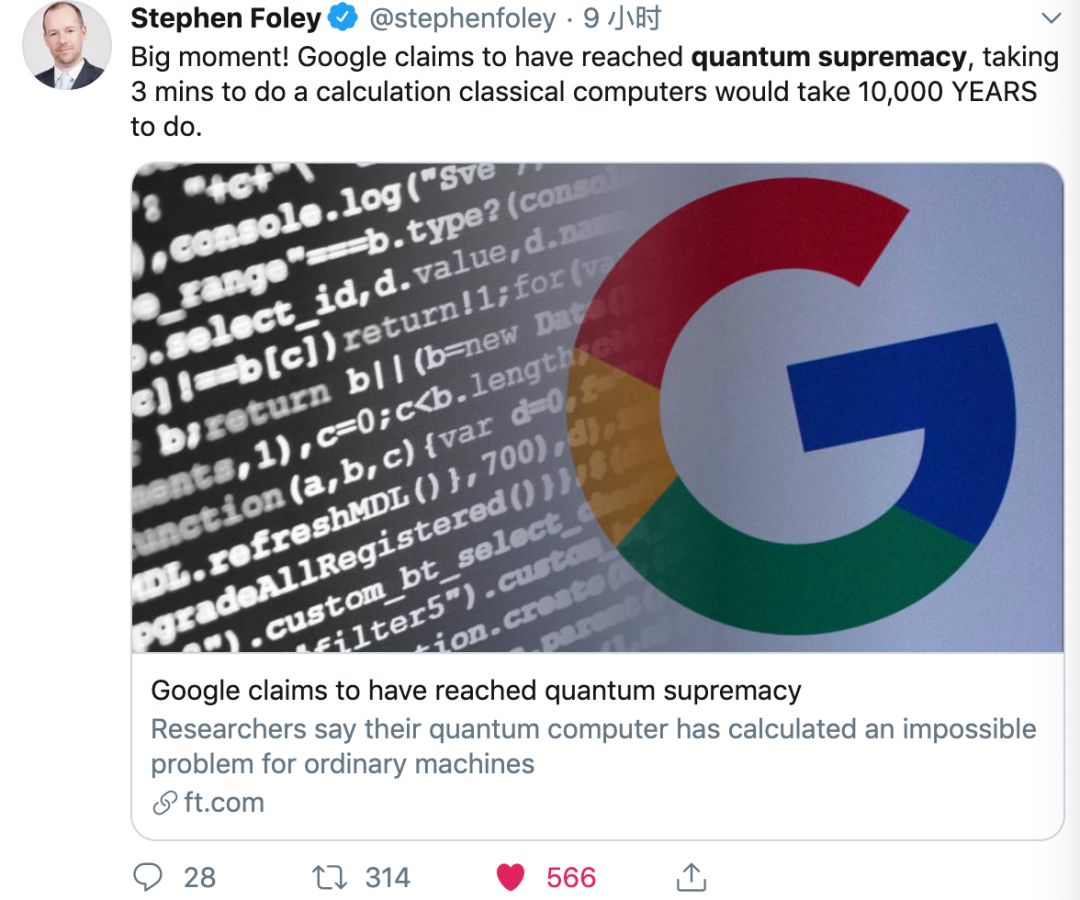 Second, AI has unlimited potential to use well, and it will be disastrous to use poorly.

With good use, artificial intelligence has a good potential to help society.It may find ways to treat deadly diseases (Google executives say its smart machines have discovered lung cancer a year earlier than human doctors), feed hungry people and even solve climate problems.

Every powerful advance in human history has been exploited by good and evil.The printing press made Thomas

Left and right parties agree that Google is too big to split up.Will a fragmented Google democratize AI?

Within Google, factions are competing for the future of artificial intelligence. Thousands of employees are rebelling against their leaders, trying to stop the technology they are building to help government spies or wage war. Google's decision on how to develop and deploy its artificial intelligence may determine whether the technology will eventually help or hurt humans. 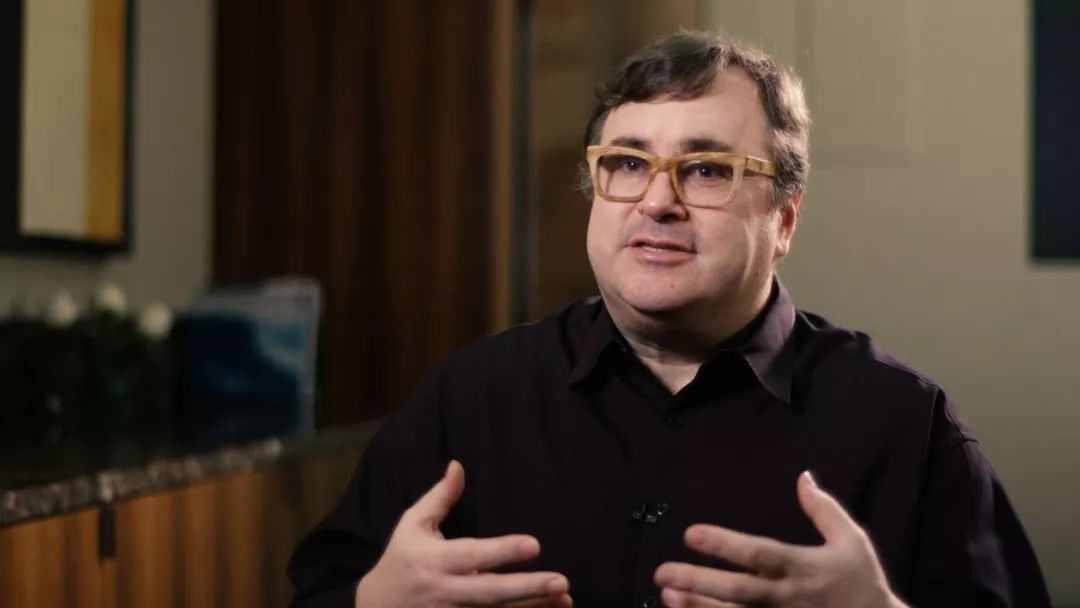 Reid Hoffman, Google's open source tensorflow, is it a gift for developers or a Trojan horse?

Last year, Pichai appointed dean as head of Google AI, which means he will be responsible for the investment and construction of the company. Part of Dean's responsibility is to extend the YouTube Neural Network experiment to a new framework to train their machines to think on a large scale. The system started with an internal project called DistBelief, which many teams, including Android, Maps and YouTube, began using to make their products smarter.

But by the summer of 2014, as DistBelief grew within Google, Dean began to find its flaws. It is not designed to adapt to technological changes, such as the rise of GPU (computer chip for graphics processing) or the emergence of voice as a highly complex dataset. In addition, DistBelief was not originally designed as open source, which limits its development. So Dean made a bold decision:Build a new version that is open to all.In November 2015, Pichai launched DistBelief's replacement, TensorFlow, his first big announcement since he took over as CEO.

The importance of opening TensorFlow to developers outside Google is self-evident.The ultimate goal is to make creating AI applications as easy as building websites. 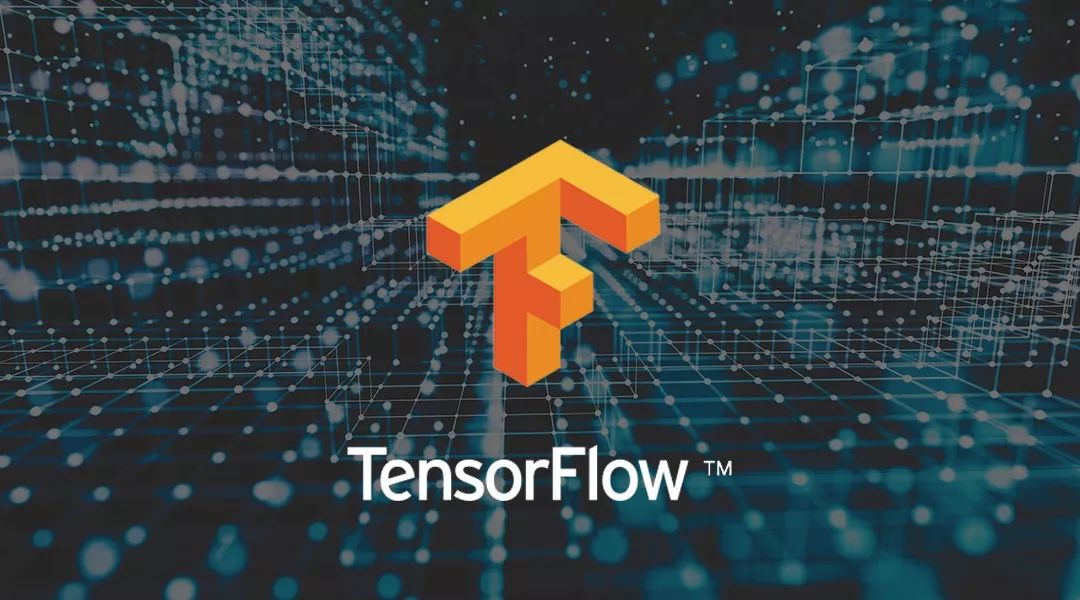 TensorFlow has now been downloaded about 4100 times. Millions of devices (cars, drones, satellites, laptops, telephones) use it to learn, think, reason and create. The company's internal documents show a chart that tracks the use of Google's internal TensorFlow (broadly speaking, it tracks machine learning projects): it has increased by 5000 percent since 2015.

However, technical insiders point out thatIf TensorFlow is a gift to developers, it may also be a Trojan horse.A former Google engineer, who declined to be named, said:

Google has created demand for new tools and products that can be put on the market through AI development. TensorFlow is a success story. TensorFlow's success has won the trust of Google's leadership. Sergei

III. The lesson of Maven's storm: the establishment of AI technology

But some developers from other companies are not satisfied. A big company employee said:

These developers have every reason to doubt this. Google's rhetoric often contrasts sharply with its actions, such as Maven and Dragonfly, which have caused a lot of uproar, reflecting the moral hazard of AI research. In employee protests over the controversial projects, a Google engineer met Dean face to face. The engineer told me:We need to know:What is the red line?What things would you never do? 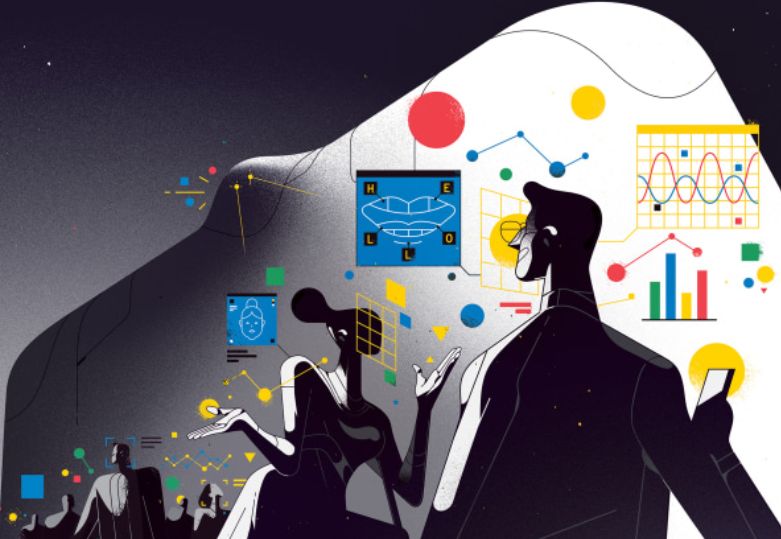 When asked about the dark side of artificial intelligence today, Dean became serious. When he talked about their Maven project, he said:

In the controversy over the Maven project, The Intercept and The New York Times released email records from Google employees, revealing concerns within Google about the company's AI ambitions.

Weaponization of AI may be one of the most sensitive themes of AI.She also suggested that the company should plant some positive stories about Google's democratization of AI, which she called

These AI protests have created a continuing public relations crisis. In March, Google announced the establishment of an AI Ethics Committee, a senior technology external advisory committee. But a week later, thousands of Google employees protested against the homophobic tendencies of their members and denied climate change. The Committee was dissolved shortly after.

Google CEO Pichai himself is deeply involved in the matter. Last November, he wrote to employees admitting Google's mistakes. He said:

In an interview, Pichai said concerns about the dangers of artificial intelligence have been overstated. He said:

According to an item calledGoogle is solving it through machine learningSome teams use AI to predict floods, track whales, diagnose cancer and detect illegal mining and logging. Google launched the AI Challenge in 2018, offering $25 million in bonuses to charities and start-ups that use AI technology to save rainforests and fight fires.

An insider estimates that this could cost Google billions of dollars in revenue. Google also withdrew from a $10 billion bid to provide cloud computing to the Pentagon for ethical reasons, while Amazon and Microsoft are still bidding.

It was a sunny afternoon in Santa Barbara, California, but the thermometer in Google Labs read 10 Milvin, about 1 Kelvin higher than absolute zero.

this onequantum computer。 If all goes according to plan, it will reshape our understanding of the universe and the ability of artificial intelligence.

The dream of quantum computing has existed since the 1980s, when it was launched to make an atomic bom

To make commercially viable quantum computers, Google will need to generate enough quantum bits and keep them stable for long enough to make a major computing breakthrough. Other labs are competing in this field, but Google has brought together some of the world's most important experts and made more progress than anyone expected.

In December, Google tested the highest-performance quantum processor on a common laptop, resulting in a victory for a common laptop. A few weeks later, after some adjustments to the processor, it beat the laptop, but still behind the desktop.In February this year, quantum computers outperformed all the other classical computers in the laboratory.

There was a rhythmic buzzing in the laboratory, the sound of qubits hatching. What does this mean for humans when a computer can think and calculate at an exponential rate on a parallel plane? This emerging science may explain the deepest mysteries of the universe

Related news
Hot news this week
Wechat has not done this function for N years! Use this app to make up for the defects of wechat
IPhone 12: it's more like throwing away the charger
Gree's response to "being disqualified from winning the bid": a mistake made by the bidder in sorting out the materials
Microsoft official free data recovery tool windows file recovery experience
NASA's face touching Necklace: vibration warning to prevent the spread of new coronavirus
Apple wants to know: what do you do with the charging head of the old iPhone?
Amazon cancels disposable plastic products in India
Luo Yonghao comments on ideal one: Tesla Model 3 is not a car of a level at all
Tencent magic change Yang surpasses video self mockery: I'm a simple and honest fake spicy sauce lost 16 million
A 400-brand evacuation Facebook： the internet giant strangled?
The most popular news this week
Gree said that the United States: there are so many problems can win the bid, in the end who is cheating
Florida became the first state in the United States to enact DNA privacy laws
Physics plug-in! Vivo flash game controller on sale today
Tencent's four top college entrance examination winners show up: share the pre exam coup and exude European spirit
Fujitsu plans to halve office space
Gree questions the falsification of beauty: the relevant technical parameters of Chongqing beauty are not up to standard
Sony questionnaire steal ps5 price: About 2280 yuan, much cheaper than expected
Samsung German official website leaked Galaxy Tab S7 series: Cellon 865 Plus 10090mAh
The iPhone 12 is only available for beggars this year
Old people are afraid of the "dragon around the waist"? Herpes zoster vaccine officially launched in China