At the launch on September 24, millet will launch its new flagship MIX Alpha mobile phone, which will have top-level hardware in addition to its design.It's the first 100 million pixels sensorThe sensor ISOCELL Bright HMX used this time is developed jointly with Samsung.

It is known that ISOCELL Bright HMX has more than 100 million effective pixels.It is also the first large-scale mobile image sensor with 1/1.33 inch photosensitive area.It can absorb more light than other small sensors under low illumination conditions. At the same time, it can achieve brighter 27 million pixel photos through Tetracell technology.

Samsung says the, ISOCELL Bright HMX is the industry's first mobile image sensor with more than 100 million pixels. With the launch of the sensor, Samsung put it 0.8

For the world's first 100-megapixel sensor, Samsung officials also started to warm up this afternoon, announcing a lot of ISOCELL Bright HMX information, pointing out that the sensor has a bottom of 1.33 inches, which is the largest smartphone sensor in the world at present, but Samsung also released specific data here, 1.33 inches. Inch refers to the diagonal length of 19 mm, not the usual 25.4 mm. 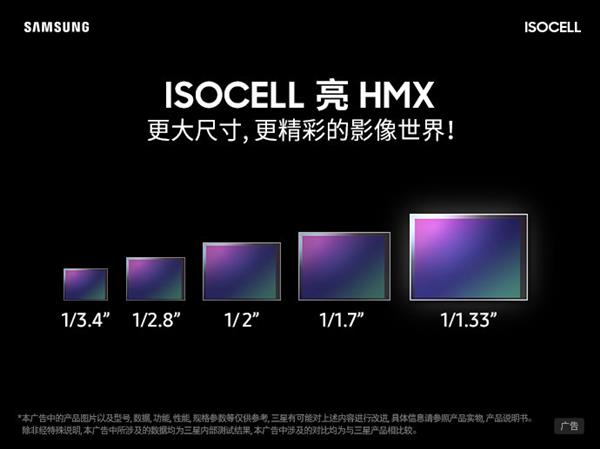 Nevertheless, the advantages of the bottom sensor are obvious. In addition, ISOCELL Bright HMX supports many advanced technologies of Samsung, including ISO Plus technology, four-pixel synthesis, intelligent ISO, phase detection auto-focusing technology and so on. 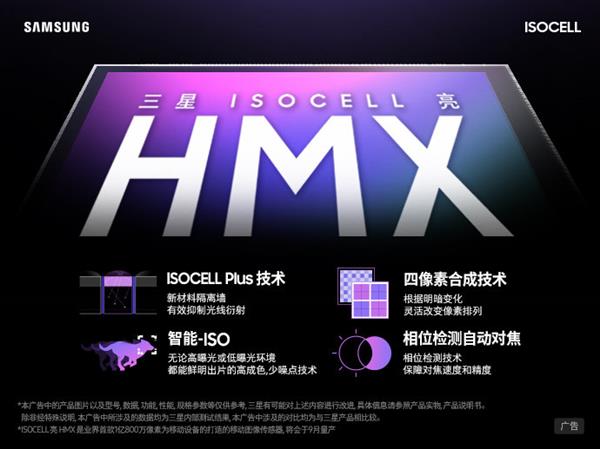