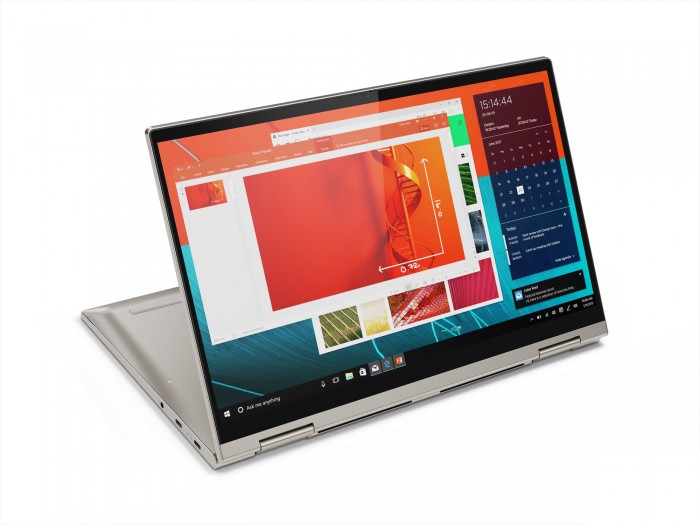 Lenovo YOGA C740 has many bright spots as a representative of the exquisite turnover. 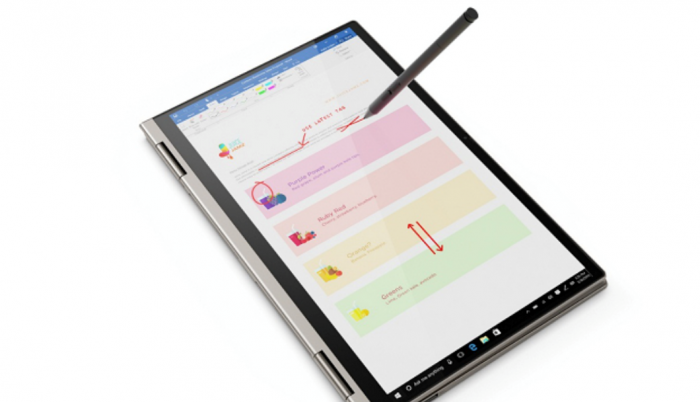 High Precision Handwriting Pen with 4096 Grade Pressure SenseYoga C 740 supports high precision handwritten pens with a level of 4096 pressure. High precision handwriting pen support is helpful for users to play freely in the process of computer control, operation, creation and so on. The handwritten pen is equipped without charging and supports the replacement of batteries.

CarryingIntel Ten Generation Core Processors. Although it is a light flip book, the YOGA C740 performance is not sloppy, the core processor is the latest generation Intel Core four-core i5 / six-core i7 processor, according to official data, processor performance is up 30 percent from the previous generation.

In addition, YOGA C740 also has Dolby Panoramic Sound System; the built-in 51 wh 4-core battery can also bring 13 hours long endurance, while supporting fast charging and charging for 15 minutes for 2 hours; rich interfaces can meet the multiple expansion needs of users, and can still charge other devices when the machine is shut down. 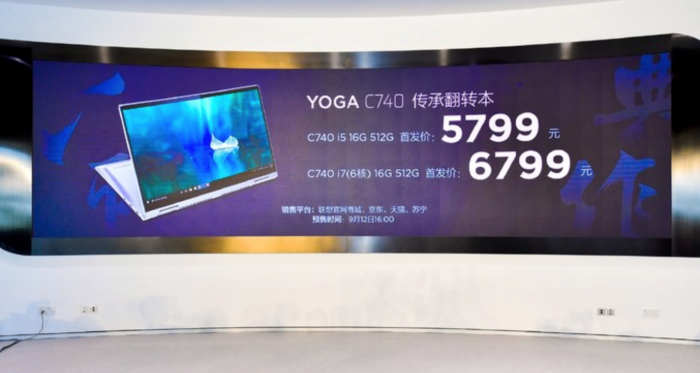 As the latest generation of YOGA products, YOGA C740 has been opened for pre-sale. Users can use it on Lenovo's official website.JingDongMall, Tianmao,SUNINGReservation for purchase through other channels. 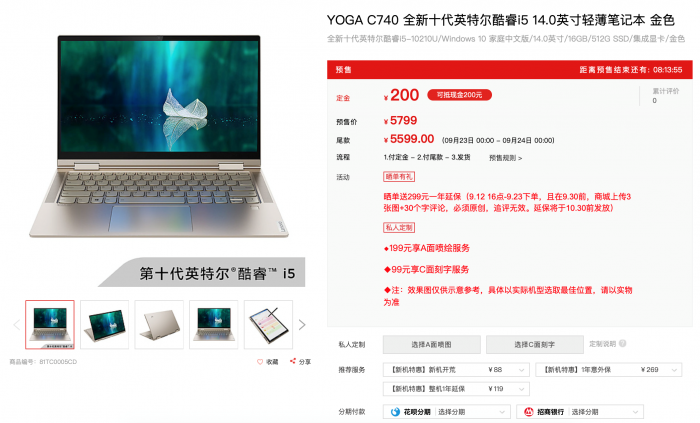 At present, I make an appointment to buy YOGA C740 (i516G running memory / 512GSSD version) at Lenovo official Mall. The advance price is 5799 yuan, which supports the purchase by stages and China Merchants Bank. From September 12 to September 23, the order is placed and billed before September 30, and a one-year extension of insurance of 299 yuan is also granted.