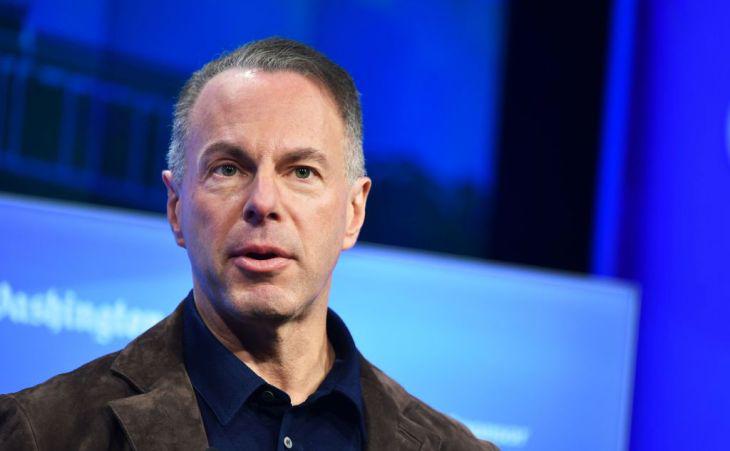 Weinig, 52, has been CEO of eBay for four years. In his Twitter release, he said that in the past few weeks, the differences between him and the company's new board of directors have become prominent, and it's time for him to leave.

Earlier this year, eBay adjusted its board of directors. The company said at the time that eBay was exploring possible options for the fate of its ticketing divisions, StubHub and eBay Classifieds, under pressure from hedge funds Elliott Management Corp and Starboard Value.

EBay faces fierce competition from competitors Amazon and Walmart. Under Winnig's leadership, eBay is committed to online commodity promotion programs and payments, and to simplifying the use of its platform.

The latest results show that eBay outperformed Wall Street analysts'expectations in the last quarter. Efforts to make its platform easier to navigate attracted more users, while its advertising and payment businesses grew.

Thomas, Chairman of the Board of Directors of eBay

The media quoted sources as saying that the dispute over the sale of eBay Classifices business was the cause of Mr. Weeniger's departure.

In March this year, the company's board of directors put Jesse

EBay also said on Wednesday that the board will start looking for new CEO candidates for the company.

In response to the above information, Elliott Management Corp. and Starboard Value did not respond to requests for media comment. (Tianmen Mountain)<#comment>

Related news
WeWork,eBay,Juul 's CEO leaves one after another within 24 hours
The CEO of eBay resigned after four years in office because he disagreed with the new board
Tesla's old parts are on sale on eBay, musk, you know?
The undervalued eBay is quietly ushering in the golden age of value?
EBay announced the launch of sneaker certification system
Hot news this week
China has found 35 known cases of the new zoonotic virus Langya
Losses in a single quarter of $ 23.4 billion a record, SoftBank did not carry the plunge of technology stocks and the devaluation of the yen
The prevention and control of the American Monkey epidemic has failed. What should I pay attention to?
Is the micro -business headache? WeChat friends are suspected to have a big move: 7 can only be posted a week
Kuaishou launched a self-developed cloud intelligent video processing chip: The chip has been streamed successfully
The new product of Xiaomi MIX is coming: both internal and external dual -screen has been upgraded to make up for the previous generation.
A new zoonotic virus, Langya, found in China has not yet been confirmed to be transmitted from person to person
Ministry of Public Security: Single telecommunications network fraud continues to cause 40 % of all electrical fraud cases
Special price "kill ripe"? Bike-sharing platforms have different prices for the same package for different users
A tech company in Shanghai has been fined 220,000 yuan for swiping orders to improve its ranking on Yelp
The most popular news this week
Yuyuki Kobayashi joins NetEase game! He worked on Devil May Cry 4 and Resident Evil 4.
Cyber violence governance needs the concerted efforts of all sectors of society
WeChat releases a new specification for the public account avatar setting, and the official news reminder is prohibited
After the U.S. chip bill takes effect, the manufacturer's snatching subsidy war is even more intense
Thousands of flights in the United States are delayed or canceled: User collapse extreme weather is frequent
Off the shelves one after another! The Sogou search App followed in the footsteps of Sogou Map
Xiaomi MIX flagship top with price reduction: consistent with the price of 12S Ultra
Semiconductor industry burst! Us Orders' Mother of All Chips' banned
Tesla suddenly accelerated out of control into a wall tragic: the owner of the right pedal and drive assistance
Lei Jun was splashed with cold water