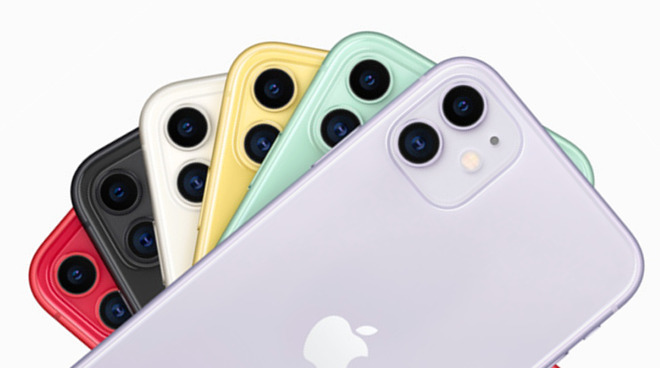 Other analysts are observing thatAfter the "general bias" of declining sales, reports from UBS investors showed that the data "does not indicate the type of decline we saw last year." UBS analysts believe this is due to“appleThe company itself is more conservative about sales and its supply chain expectations for 2019

UBS analysts expect intelligence for 2019 after visiting 38 companies in Asia last weekMobile phoneSales are estimated to fall 5 per cent (compared with 7 per cent previously expected). Purchases of new iPhone, models are expected to be the same as in previous years, with iPhone sales down 12 percent in the second half of 2019 from a year earlier, which could mean 60 million to 68 million units from the supply chain.

UBS analysts estimate that shipments of iPhones will fall by 5.3% in the second half of 2019, slightly pessimistic compared with Wall Street's expected 4.4%. Although the supply chain construction plan "may be biased below UBS's initial estimate," the company believes that "in many ways, 2020 should be a big one," which will not trigger investors to sell their shares.

Related news
4G LTE Speed: The iPhone 11 Pro is 13% faster than the iPhone XS
4G Speed Contrast: The iPhone 11 Pro is 13% faster than the XS
Pre-order for the first launch of the iPhone 11 series exceeded expectations
256GB iPhone 11 Pro is the most popular in the United States
Analyst: Low-priced iPhone 11 lowers the average price of the iPhone
Sales of the iPhone 11 and the iPhone 11 Pro in the United States wait longer than in 2018
The iPhone 11 Pro Max is the most popular item in the iPhone 11 series
IPhone 11 Apple's market value returns to the first place
IPhone 10 years of innovation or monopoly?
CIRP: iPhone 11 series dominates holiday season U.S. iPhone sales
Hot news this week
||||||||
Celebrating Hubble's 30-year launch of NASA's "birthday universe" special page
TSMC's 5nm process performance is improved by 15% and the performance of AMD Ruilong 5000 processor takes off
HuaweiP40 release: with HMS hard-core google, no price increase to grab the global high-end machine market
Official disclosure of Lenovo's 2020 model Savior: 30% reduction in charger volume
Twitter is a good product, but its shareholders don't have to
Samsung and LG will send 430 employees to Vietnam to support smart device production
A Brief History of Huawei and Xiaomi
Sony Xperia 1Ⅱ detailed specification exposure: sony IMX557 exclusive lead UF3.0
Windows 10 cumulative update kb4541335 release: fix start menu problems (Figure)
The most popular news this week
Tencent launches QQ app for wechat transfer
A field visit to Apple's Daidai factory: 30 thousand people are recruited in five days, and mass production of new iPhone is on the way
Huawei is under the entity list in the whole year: 2020 is the key year to test the supply chain
Direct half price! Microsoft's official turn over of surface
Huawei wins the bid for Mobile's 133000 5g base stations and Nokia is out due to its high quotation
Lenovo confirmed as the first batch of cooperators of Luo Yonghao's live broadcast products, which will mainly promote the online class platform
Liu Haoran's endorsement of vivo S6 released: young people's 5g self filming mobile phone starts from 2698 yuan
From HK $338 for China Mobile's 5g business package in Hong Kong
Xiaomi 2019 revenue first broke 200 billion! Less than 1% hardware margin
Lei Jun sent an open letter to investors: how does Xiaomi deal with the challenges under the "black swan" crisis?