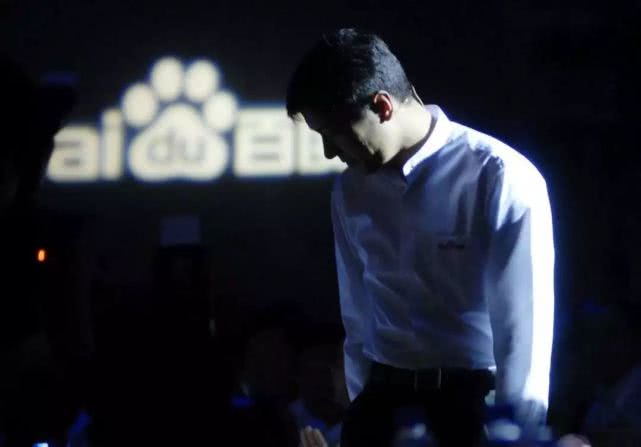 The internal factional struggle of the company, Li Yanhong and Ma Dongmin's husband and wife competed for power, and took the initiative to retreat to Hailong because of his work.

The anonymous Baidu executive once again stressed to Shenzhen.com.

A Baidu search insiders who had approached Hailong told Shenzhen.

In an internal letter, Li Yanhong made no secret of his dissatisfaction with Xiang Hailong.

No matter what the truth about the departure of Xiang Hailong in the past year, Li Yanhong has deeply reflected on Baidu's way of employing people over the past year.

To learn from the pain, Li Yanhong put forward the core standard to Baidu senior management cadres is,

With the departure of Hailong and the reorganization of search and information flow by the successor Shen Shao, Baidu's personnel adjustment has gradually come to an end. Compared with previous adjustments, Baidu is more radical in this change. On the one hand, it is imminent to stabilize and enhance the core business of search and information flow. On the other hand, it is to bet on AI. This new entrance must be guaranteed to be safe and sound.

And behind this big adjustment, Li Yanhong in the internal governance and personnel, organizational structure adjustment on the deep reflection.Tencent conducted an exclusive interview with a number of Baidu executives and related people in an attempt to restore the truth behind the adjustment, Robin Li's new view of using people, the real role of Ma Dongmin, the owner's wife, and Baidu's visible future.

At Baidu, there is an important figure, she is Baidu shareholders and executives, on the one hand, Mrs. Li Yanhong. Ma Dongmin, who lives in seclusion, has been curious about the truth of what role Ma Dongmin plays in Baidu and what impact Li Yanhong has had on his decision-making.

Ma Dongmin plays two main roles in Baidu, one is the assistant chairman and the other is the head of Baidu investment. Basically, she is not responsible for her daily work.

The problem is that neither Robin Li nor Ma Dongmin can stand up and respond to the outside world.

A Baidu insider who works next to Li Yanhong told Shenzhen.The major decision of the company can not be Ma Dongmin's personal approval. Eventually, Robin Li's consent must be obtained.

In January 2017, at the quarterly director's meeting of the Westin Beijing Jinmao Westin, Ma Dongmin attended the first time. Mr. Ma, speaking to more than 200 managers on Baidu, said that she had been working in Baidu by 2008 and returned to Baidu for the first time.

2017 is not only a turning point for Baidu, but also a key year for the reconstruction of Baidu's investment system. It is Ma Dongmin who undertakes the heavy task of reconstruction.

At a time, the outside world will interpret the return of Ma Dongmin to Baidu's power of separation. It has been reported that the induction of new recruits at the level of the Commissioner will require an interview with Mundin.

A month after Ma Dongmin officially announced his return to Baidu, the medical department was abolished. Deep Net had known that the decision was made by Ma Dongmin. Under the circumstance of limited revenue growth and increasing expenditure, Ma Dongmin's idea was to cut off the business that could not see the future. Several people familiar with the situation at that time told Shenzhen. com that the abolition of the medical department was only the first step, and education, internationalization and O2 O were all facing adjustment.

In August 2017, you announced the purchase of Baidu. Someone close to the transaction once revealed that Baidu developed O2O at that time was led by Li Mingyuan. Ma Dongmin was not satisfied with this. After returning, he made great reforms.

This is a critical time for Baidu's concentration to change, with core businesses ranging from traditional search engines to search, information flow and artificial intelligence. And earlier than its business adjustment is the reconstruction of Baidu investment system. Before that, Baidu had entered the high position of O _ 2O, ecommerce, online car hailing, and made a big purchase of 91 Wireless, but the investment was questioned.

According to it orange data, the number of baidu investment events in 2017 was 41, reaching 59 in 2018, although there is still a gap between the number of investment compared with tencent and ali, but vertical comparison, activity is significantly higher. In 2017, the focus was on corporate services in the AI sector, and in 2018, on hardware.

The executive added to the
tommbaidu