Why do Amazon and FB join the next computing market with facial computing devices. 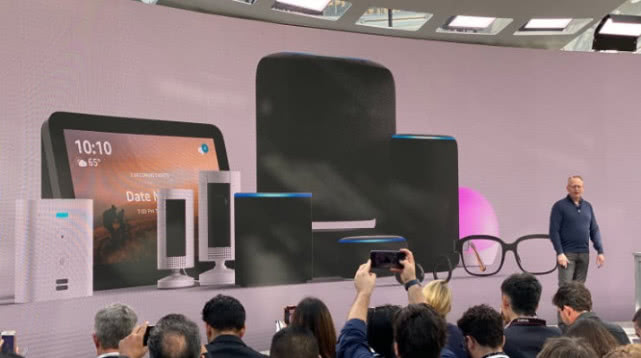 Tencent Technologies News, according to foreign media reports, social media giant Facebook and e-commerce giant Amazon held a separate event last Wednesday at 850 miles away. Although far apart, there are striking similarities between the two companies'vision of future computing.

At an event in San Jose, Calif., on the same day, Facebook launched an augmented reality glasses program that allows users to pull up a visual display in front of them. On the same day in Seattle, Amazon announced the launch of Echo Frames smart glasses embedded with Alexa voice assistants.

The real money will be used to build the next platform. Earlier last week, Facebook announced the acquisition of gesture recognition startup CTRL Labs. The company's technology claims to be able to read electronic signals from a user's spinal cord and convert them into signals that a computer can understand. According to CNBC, Facebook bought the company for $500 million to $1 billion, acquiring the technology to control smart glasses without touching screens, keyboards or mice.

Up to now, the computing helmet Market has encountered many obstacles due to the high price, poor appearance and in some cases the need to connect clumsy computers. Google first entered the market, launching Google Glass in 2013. The device failed to win consumers'favor, but later found a market in factories and assembly lines. Workers can now use the device to no longer touch computers. At the same time, virtual reality helmet developed by Oculus and Magic Leap under Facebook has been mainly aimed at gamers.

However, the size of the market is gradually expanding. At present, most virtual reality applications use mobile screens and cameras, but the technology industry is moving towards lightweight augmented reality glasses. Fewer than 1 million pairs of augmented reality glasses will be sold worldwide in 2019, according to market research firm IDC; by 2023, that number is likely to exceed 30 million. Tim, chief executive of Apple

Amazon is testing Echo Frames, a smart glasses that integrates Alexa into glasses. At Amazon's event on September 25, the company launched Echo Frames without a display screen and camera. Amazon and Facebook have only given us a sense of anticipation, as they are still in the early stages of the next generation of computing devices.

The Echo Frames sells for $179.99 and requires a special invitation to buy it. Amazon said the smart glasses do not have a display and just install the Alexa on the user's face, so there is little difference between what users see through the glasses and what they see with their naked eyes. To this, Poland said:

In fact, because Echo Frames is not equipped with a camera, it also makes the device very different from smart glasses launched by companies such as Google and Snap.

Facebook has been developing augmented reality glasses at Facebook Reality Labs in Redmond (Redmond), Washington, for years, but difficulties in the project led the company to seek help, sources said last week. Now, Facebook hopes to work with Luxottica, the parent company of Rayburn glasses, to help it develop its products and bring them to market between 2023 and 2025. It is reported that the internal code name of Facebook augmented reality glasses is

Because the real product was not shown at last Wednesday's event, Facebook spent a lot of time discussing the potential of augmented reality and virtual reality. The company sees augmented reality as an improvement on users' current digital lives.

Facebook must also remove privacy barriers, which is a particular challenge given the lack of trust in the company by consumers after the 2016 U.S. election. Amazon said in its marketing plan,

Privacy issues are big for all head Internet platforms because they have to deal with consumer and legislator censorship of their data use. But the biggest challenge may be to adapt people to a whole new way of looking at the digital world.