According to many American media experiences, the experience is that it is more like a semi-finished product, and the improved folding screen is as fragile as a baby. 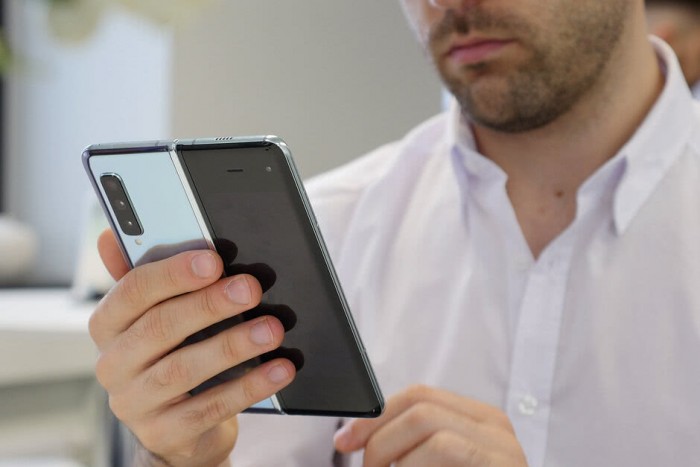 What these foreign media complain the most about the improved version of Galaxy Fold is that the Samsung foldingMobile phoneThere are a lot of things to pay attention to when used, as fragile as a newborn, and even sharp nails can't get close to the screen.

In fact, there are plenty of warnings on the improved version of the new Galaxy Fold screen, such as avoiding pressing hard on the screen, keeping the phone away from the magnet, careful water or dust, and not sticking on the screen of the original screen. American media say so many warnings are not reassuring. 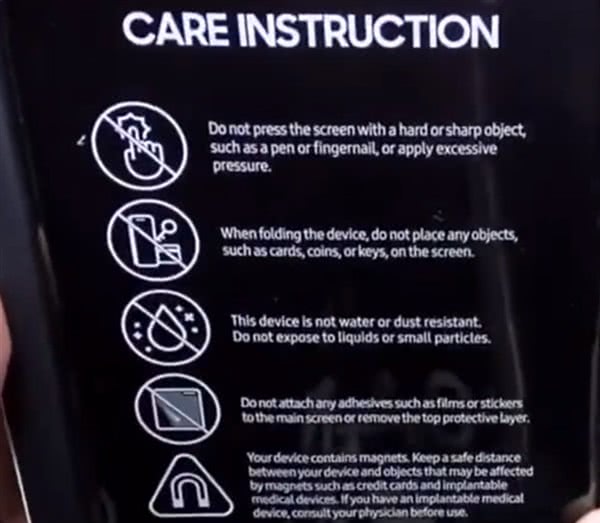 In addition, according to user feedback from Galaxy Fold, the first wave of improved Galaxy Fold, the most common problem is that the left and right pictures are not synchronized. At the same time, there are color spots in the middle of the folding screen. Although some users feedback these problems to Samsung, the official said that they have tried their best to improve it. This is the characteristics of the large screen, and some irresistible factors are not. To replace it.

The improved version of Galaxy Fold, which has been publicly available, has restored most of the problems. But Samsung has not fundamentally solved the problem of undurable screens. So this is why the foreign media commented that it is a semi finished product. In order to minimize the complaints of users, they launched a $149 (about 1000 yuan) paid change screen service, which also shows that foldable screens may follow later. There will be many problems.

In order to prove how fragile the improved Galaxy Fold is, foreign media also made a special hardness test. The final result showed that the built-in screen surface is plastic material, which is very easy to scrape, and indeed very fragile. If you scratch your nails or hard objects lightly, you run the risk of breaking the screen.

Before Samsung's official video alerts users, the protective film on the screen of Samsung Galaxy Fold is used to protect the screen, do not "peel" it, and suggest users to "touch". Secondly, Samsung official introduces the hinge design principle of Galaxy Fold, and indicates that users use the device as far away from the dust and water as possible.

Samsung also said that because Galaxy Fold contains magnets, it should not be placed near credit cards, bank cards, keys and coins. Samsung also warned users of implantable medical devices that they might need to consult a doctor before buying Galaxy Fold. 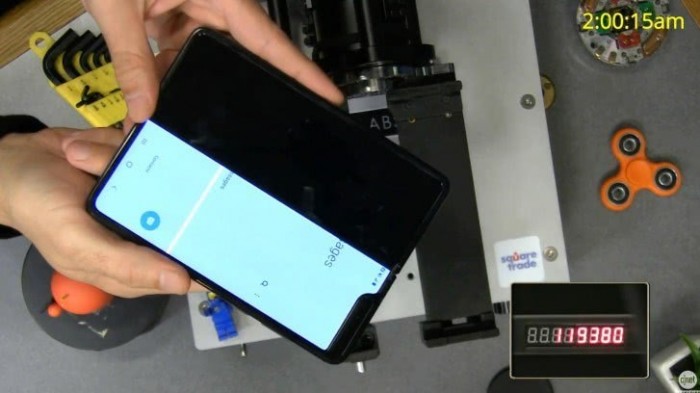 It should also be noted that Samsung officials say the Galaxy Fold is foldable 200000 times and is expected to live five years. Tests conducted by foreign media showed that one screen of Samsung GalaxyFold did not work properly when it was folded 119380 times, and the hinges began to wear and tear, and the hinges were scrapped about 12 minutes later, but the other screen still worked properly.

According to the industry chain, Samsung's improved Galaxy Fold still has a lot of uncertain risks, so its supply will not be too much, and it is not expected to exceed 500,000 units throughout its life cycle, which is less than half of their original target of 1 million units.

In addition, industry chain sources point out that compared with Samsung Galaxy Fold,Huawei The Mote X scheme is more reliable and uses it.The characteristics of screen flexibility enable a whole screen to be folded according to needs, which avoids many problems. At the same time, they also carry out special reinforcement, so theoretically speaking, the whole machine is more reliable than Samsung, but this form of cell phone still needs users to slowly receive, and the high price is the main reason why it is difficult to popularize temporarily.

In April this year, Samsung issued the first batch of evaluation machines to the global media, but soon some foreign media found that their mobile phones had problems in two days, some of them were flickering on the screen, and others were black screens after the launch.

In response to the above situation, Samsung first said that some media should not tear off the mobile phone's main screen protective film, but there are foreign media evaluators have not taken off the screen protective film, left and right screen display or problems. Subsequently, Samsung responded publicly and will conduct a comprehensive investigation of the malfunctioning mobile phone to identify the root cause of the problem.